“I want to be very clear,” Hughes said. “There are no claims against the mother. We want to make sure folks realize that … I read a couple of places saying the mothers would receive criminal penalties. There are no criminal penalties in this bill at all. It’s driven by private civil enforcement against the doctor and against people who aid and abet the doctor and in doing illegal abortions.”

The new law, which bans abortions after a baby’s heartbeat can be detected, has particularly angered abortion proponents as it allows “any person” to sue doctors, abortion clinics, or anyone who “knowingly engages in conduct that aids or abets the performance or inducement of an abortion.”

Those who sue over an abortion may be awarded $10,000 “for each abortion” the defendant performed, induced, aided, or abetted in violation of the law. (RELATED: Biden: Supreme Court Abortion Ruling ‘Insults The Rule Of Law’)

Hughes, one of the original drafters and sponsors of the legislation, explained to the DCNF that the law requires a doctor to check for a fetal heartbeat before an abortion can be performed, and if a heartbeat can be detected, the abortion cannot go forward.

For someone to be liable under the law, he continued, such as a nurse or a friend who drove a woman to get an abortion, that person would have to know that the mother intended to abort a baby that had a heartbeat.

“The intent requirement is pretty specific as far as that goes,” he said. 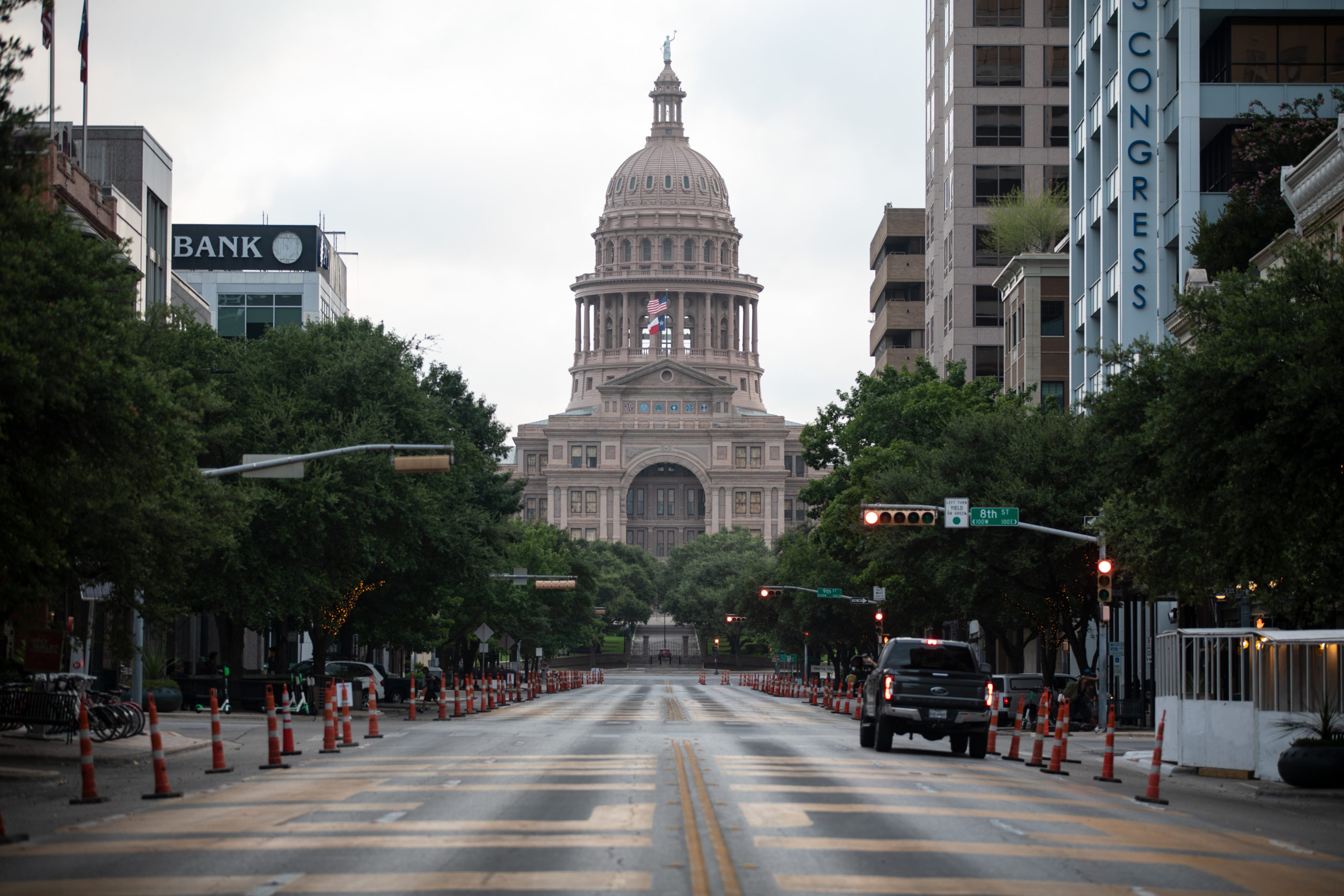 Cars drive on Congress Avenue in front of the Texas Capitol building on July, 14, 2020 in Austin, Texas. (Photo by Montinique Monroe/Getty Images)

If a doctor performs an abortion on a baby that has a heartbeat, the law is triggered, Hughes said, and anyone with evidence can bring a claim against the doctor. The most likely source would be an abortion clinic worker, a family member, or friend, or the mother herself, if she was coerced into the abortion.

Many activists and advocates have said that “anybody can sue anybody” under the new law, Hughes said, joking that as a practical matter, he cannot just wake up and say, “Oh, I think I’ll sue an abortionist in Houston today.”

“You don’t file a lawsuit unless you have evidence, unless you have a basis to file the lawsuit,” he said. (RELATED: ‘Texas Taliban’: Abortion Law Is As Bad As Literal Terrorists, According To Liberal Activists)

“There’s a couple reasons we went with private enforcement,” he explained. “You may have seen in the end of 2020, several district attorneys from around the country, many of them in Texas, published an open letter to the media and said, ‘You can pass a heartbeat bill, if you want to, but we will not enforce it.’ We’re talking about elected district attorneys sworn to uphold the law, sworn to enforce the law. And in Texas, our district attorneys in Dallas county and a number of other urban counties publicly stated, we will not enforce pro-life laws that you pass.”

In a move that Hughes said has surprised Texas Republicans, abortion clinics in Texas have reportedly stopped performing abortions on babies with heartbeats.

“We didn’t expect them to all comply,” Hughes said. “We thought we’d have to sue them.”