Israel is reportedly in negotiations with the terrorist group Hamas to secure the release of two civilian hostages and the remains of two Israel Defense Forces soldiers who were killed in action.

The Egyptian-mediated talks are making progress, the Jerusalem Post reported, citing statements in a Palestinian newspaper.

The Israeli government is seeking the release of Avera Mengistu and Hisham al-Sayed, civilians who crossed into the Hamas-controlled Gaza Strip, as well as the remains of Oron Shaul and Hadar Goldin, IDF soldiers who were killed in action during the 2014 war with Hamas called “Operation Protective Edge.” (RELATED: 9 Things You Need To Know About Hamas — Straight From Its Charter) 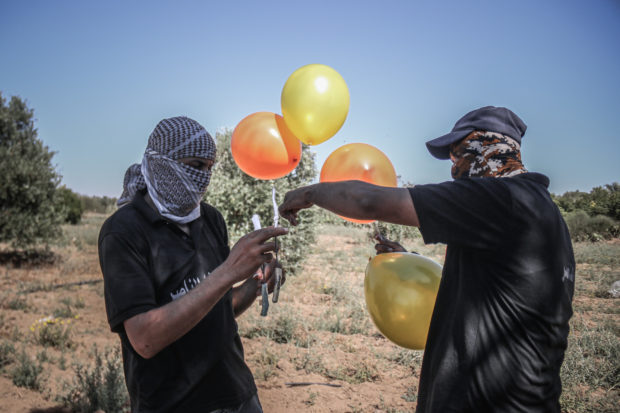 In return for the release of the Israeli prisoners and the remains of the IDF soldiers, Hamas is demanding Israel to free hundreds of prisoners. The terrorist group has reportedly given Israel a list of those it wants to be released, including some sentenced to lengthy prison terms for planning attacks.

In a 2011 report, CNN noted Israel agreed to release over 1,000 prisoners, many of whom were convicted of violent crimes, in a deal that brought home IDF soldier Gilad Shalit. Shalit was captured during a Hamas raid on an Israeli outpost in 2006.

Among the terrorists freed to secure Shalit’s release was the mastermind of the 2001 bombing of a Sbarro restaurant that left 15 people dead. The FBI has placed the mastermind, Ahlam al-Tamimi, on its “most wanted list” and currently seeks her extradition from Jordan.

The Hamas charter calls for the destruction of Israel. The group has been designated a terrorist organization by the U.S.