Congressional committees began meeting Tuesday to formally draft Democrats’ $3.5 trillion budget, moving ahead with the sweeping bill that contains much of President Joe Biden’s domestic agenda even as its passage remains anything but certain.

The bill as contrived could affect Americans at nearly every stage of their lives, from provisions adopting free or affordable child care to Medicare expansions. But the package, which also includes two years of higher education for most students, expanded child tax credits for young families and expansive climate change mitigation measures, faces multiple obstacles — including some set by Democrats themselves.

First and foremost is the makeup of Congress itself. Republicans unanimously oppose the bill, labeling it as nothing more than socialism, and Democrats have just three votes to spare in the House and none in the Senate, leaving them almost no room for error. (RELATED: Senate Adopts Democrats’ Budget On Party-Line Vote, Setting Stage To Push $3.5 Trillion Legislation Through Congress) 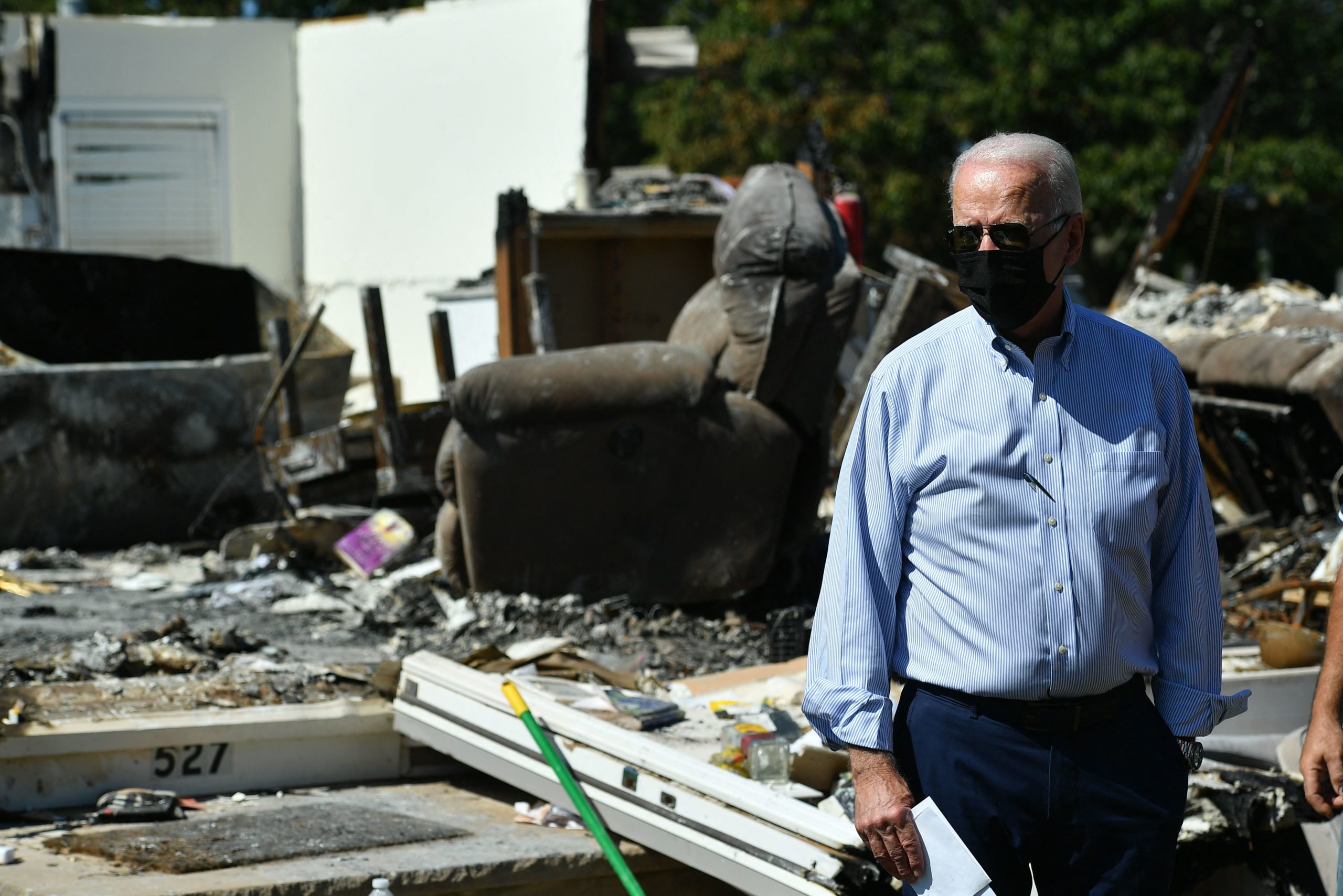 That makes objections from moderates like Sens. Joe Manchin and Kyrsten Sinema all the more powerful. Even though the package can skirt a Senate filibuster under a process called budget reconciliation, 48 votes would leave the budget two shy of the simple majority needed to reach Biden’s desk.

“I urge my colleagues to seriously consider this reality as this budget process unfolds in the coming weeks and months,” Manchin, a Democrat from West Virginia, said after the House advanced the budget framework in August. “It is simply irresponsible to continue spending at levels more suited to respond to a Great Depression or Great Recession – not an economy that is on the verge of overheating.”

He was even more explicit Thursday, calling on his Democratic colleagues to “pause” on the budget as Congress responds to a chaotic Afghanistan withdrawal, multiple natural disasters and an already grueling schedule ahead.

“Hit the pause button,” Manchin said. “Let’s sit back. Let’s see what happens. We have so much on our plate. We really have an awful lot. I think that would be the prudent, wise thing to do.” (RELATED: Congress Faces An Absolutely Brutal September Filled With High-Stakes Deadlines)

A Sinema spokesman minced her words even less. “Proceedings in the U.S. House will have no impact on Kyrsten’s views about what is best for the country – including the fact that she will not support a budget reconciliation bill that costs $3.5 trillion,” he said in August.

Other provisions in the budget may also prove divisive among Democrats not publicly opposed to its overall size. For example, it aims to enable Medicare to negotiate drug prices with pharmaceutical companies, potentially saving the program billions that Democrats want to use to incorporate vision, dental and hearing coverage for those on it.

While the overwhelming majority of Democrats support it, 10 in the House went on-record opposing. The group, though making up less than five percent of their caucus, is big enough to potentially tank the bill.

“It’s a better problem to have a cure or therapy that’s expensive and have to figure out how to get it to people than it is not to have the cure at all,” they wrote in May. (RELATED: In Bid To Lower Drug Costs, Dems Prepare To Battle Big Pharma — And Some Of Their Own) 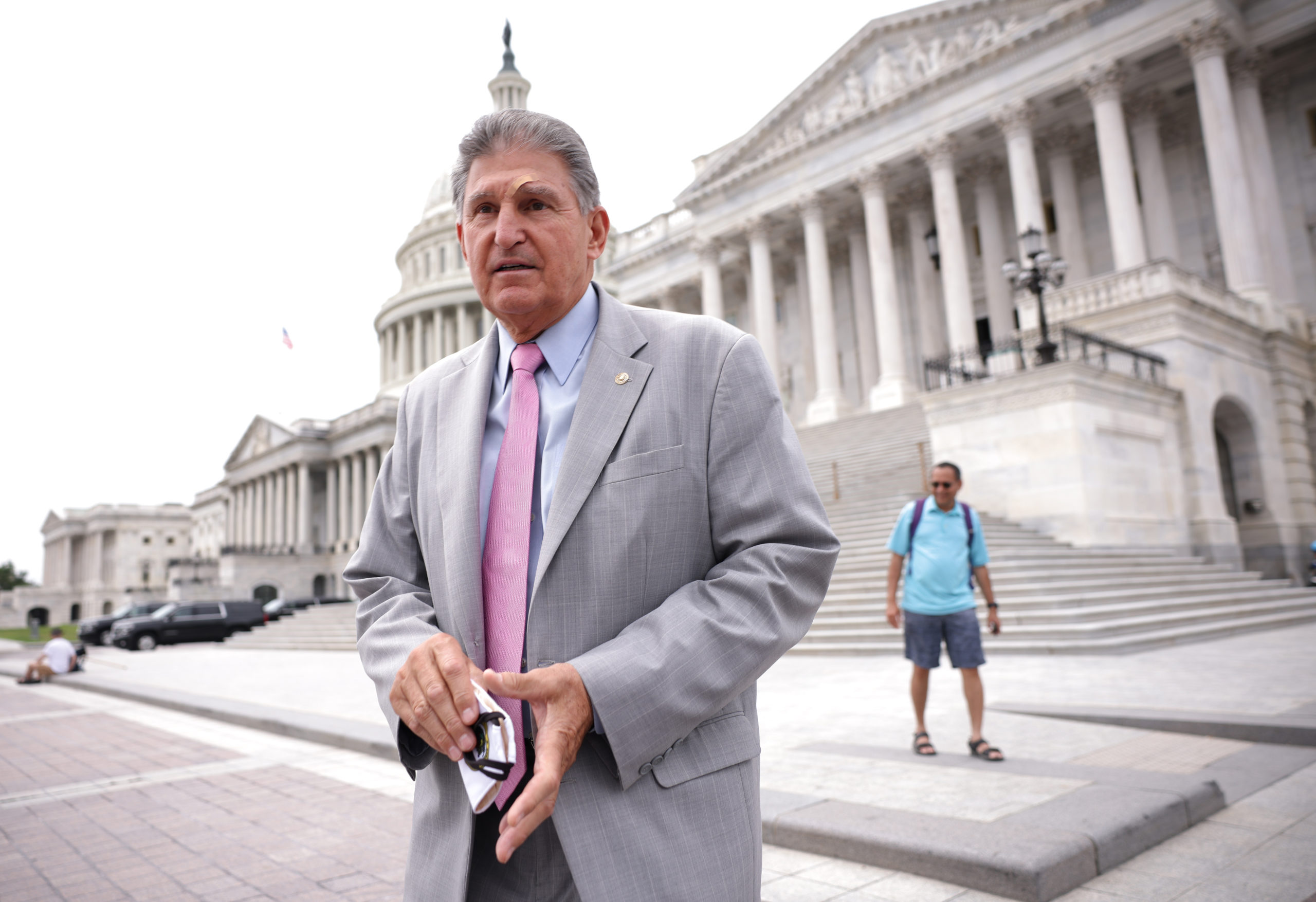 Sen. Joe Manchin in August. He has said he will not support a $3.5 trillion bill, citing the economy’s strength, inflation and the national debt. (Kevin Dietsch/Getty Images)

Intraparty divisions have also emerged over state and local tax deductions, with several moderates from affluent districts calling for the cap on them to be fully repealed, breaking from their progressive colleagues.

His remarks stand in total opposition from comments that Vermont Sen. Bernie Sanders, the chair of the Senate Budget Committee who wrote the bill’s framework, said in May.

“It sends a terrible, terrible message when you have Republicans telling us that this is a tax break for the rich,” he said. “You have got to make it clear which side you are on – and you can’t be on the side of the wealthy and powerful if you’re really going to fight for working families.

Progressives and moderates have also split on procedure itself. In addition to the budget, Democrats are trying to pass the bipartisan infrastructure bill before surface transportation funds expire on Oct. 1, and the two separate wings have broken over which should be addressed first.

While the moderates called on the House to clear the infrastructure bill first, noting the limited window and that the Senate passed it on Aug. 10, progressives have insisted that it wait until the budget is passed. As tensions rose, each wing threatened to oppose their nonpreferred bill if their side did not get its way.

“We are firmly opposed to holding the president’s infrastructure legislation hostage to reconciliation, risking its passage and the bipartisan support behind it,” nine moderate lawmakers wrote in August. (RELATED: ‘Take The Win’: Moderate Dems Double Down, Vow To Block Budget Unless Infrastructure Bill Gets A Vote First)

After an hours-long standoff, House Speaker Nancy Pelosi brokered a compromise advancing both simultaneously and setting up a final infrastructure vote on Sept. 27. That agreement, however, did little to guarantee passage.