The Taliban violently broke up a protest in Kabul, Afghanistan, led by women on Tuesday, The Wall Street Journal reported.

The protestors marched peacefully through the capital in response to Lt. Gen. Faiz Hameed, the head of Pakistan’s Inter-Services Intelligence agency, being present in the city to discuss the formation of a new Taliban-led administration, according to the Wall Street Journal.

They shouted “Death to Pakistan” as they marched, while also expressing support for the Panjshir province’s resistance against the Taliban, the Journal reported. Bazarak, the province’s capital, fell to the Taliban on Monday.

The protest was not met with any interference from Taliban fighters until it reached the city’s central Shahr-e-Naw neighborhood, according to the Journal. The Taliban then began to beat the protestors with batons and whips, and fired bullets into the air.

There were reportedly no casualties, but bullets smashed the windows of a nearby hotel as some Taliban fighters failed to control their muzzles. Several protestors were forced into the basement of a bank, while more were detained. 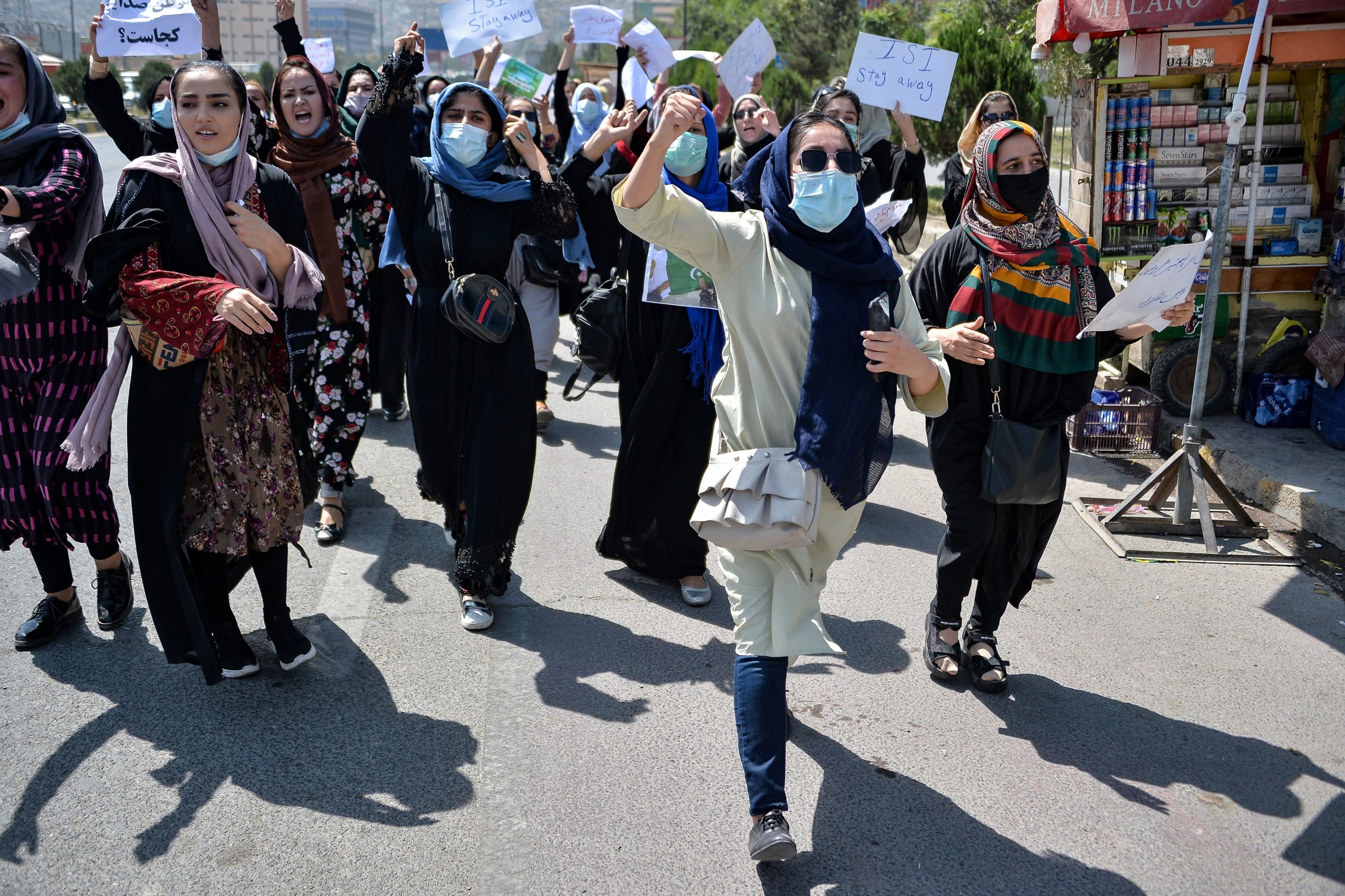 Afghan women shout slogans during an anti-Pakistan protest rally, near the Pakistan embassy in Kabul on September 7, 2021. (Photo by HOSHANG HASHIMI/AFP via Getty Images)

“We must continue our protest against dirty Pakistan, which is interfering in Afghanistan. Why is Pakistan not being sanctioned?” a women’s rights activist and organizer of the protest told the Wall Street Journal by phone from the bank’s basement.

“We will never recognize this government, which is a puppet of Pakistan and attacks our people and violates women’s rights and dignity,” she added. (RELATED: Afghan Son Claims Taliban Killed His Mother — A Pregnant Policewoman — In Front Of Her Family)

A Taliban spokesperson mocked the protest on Tuesday, tweeting that “all the Facebook and Twitter instigators” have fled the country to the West, while “sheeplike followers” disrupt security in Kabul. Other Taliban officials claimed the protestors were attempting to help their cases for asylum in Western countries, the Wall Street Journal reported.

Attitudes towards the protests on the ground were divided, with one shopkeeper in agreement with the march, while his neighbor was in opposition. “The Islamic Emirate brought us security and a true Islamic system,” the latter told the Journal.

“In all of Afghanistan, everyone is happy, and the situation is better day by day,” Mohammed Zindani, a Taliban official who was released from Bagram prison in mid-August, told the Journal after the protest was over. “All the people of Afghanistan want this government.”