The Chinese military is considering a takeover of the former site of the U.S. Bagram Air Base in Afghanistan following President Joe Biden’s hasty withdrawal of troops from the country in late August, according to the U.S. News.

Bagram, an airfield originally built by the Soviet Union during its occupation of Afghanistan, served as America’s largest military installation in the region throughout its 20 years in the country. Many of Biden’s critics have pointed to his abandoning of the airfield as one of the key missteps in his withdrawal from the country, which left more than 100 Americans stranded alongside tens of thousands of Afghan allies and refugees.

Chinese officials have denied any plans to occupy the base in America’s absence, however. (RELATED: Biden Expected To Be Tougher On China Than Previous Administrations)

“What I can tell everyone is that that is a piece of purely false information,” Chinese Foreign Ministry spokesman Wang Wenbin said in a statement Tuesday. China has repeatedly denied reports of its military deployments in the past, however. 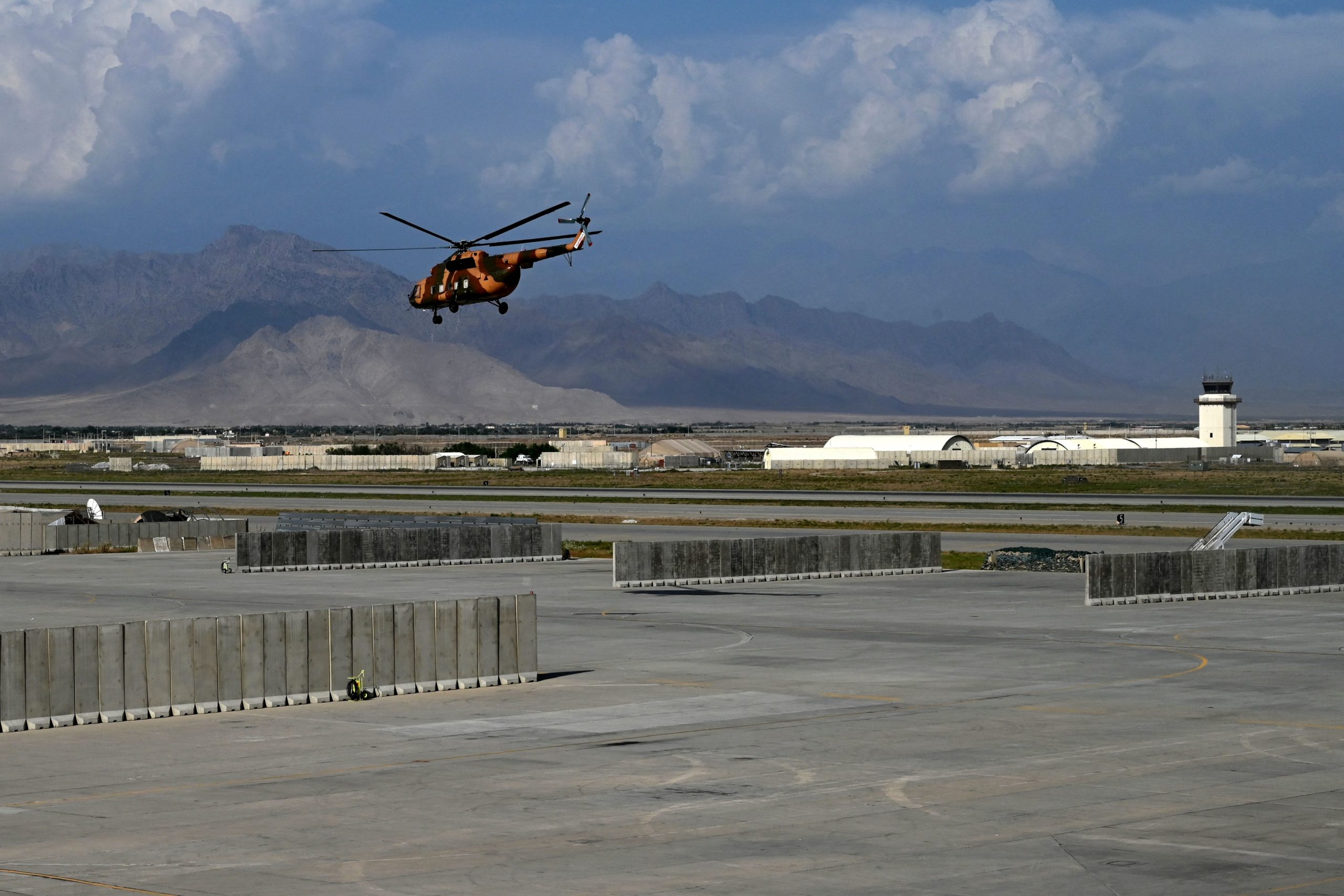 An Afghan National Army (ANA) helicopter takes off inside the Bagram US air base after all US and NATO troops left, some 70 Kms north of Kabul on July 5, 2021. (Photo by WAKIL KOHSAR/AFP via Getty Images)

China has already capitalized on the Biden administration’s withdrawal as a major propaganda victory. The Chinese Communist Party (CCP) warned neighboring Taiwan that the events in Afghanistan prove it cannot count on U.S. support should China choose to invade.

National security adviser Jake Sullivan assured U.S. allies such as Taiwan and South Korea that U.S. support for them is “a fundamentally different question” from Afghanistan, and that U.S. commitment remains as strong as ever. (RELATED: Chinese Foreign Minister Encouraged Secretary Of State Blinken To ‘Positively Guide’ Taliban)

China has already begun strengthening its relationship with the Taliban, with the terror group’s leaders calling China “our most important partner.”

“China is our most important partner and represents a fundamental and extraordinary opportunity for us, because it is ready to invest and rebuild our country,” a Taliban spokesman told reporters in early September. “China is our pass to markets all over the world.”

The move threatens to undercut the U.S. and other Western countries who have vowed to cut off the Taliban from access to the global market so long as it refuses to uphold human rights. White House press secretary Jen Psaki argued that China does not have the capacity on its own to ensure the Taliban’s access to global markets, however.

“I would say that China doesn’t have that capacity on their own, and that there are more than 100 countries — a U.N. Security Council resolution — China did abstain from, but they didn’t vote against — that presses the Taliban to allow for safe passage of people in the country and those who want to leave Afghanistan,” Psaki said Sept. 1. “So, you know, China is going to have to think about what role they want to be seen as in the world in this moment as well.”