President Joe Biden’s administration is blaming meat packers for the rising cost of meat amid the coronavirus pandemic and surging inflation rates.

The Biden administration is planning a crackdown on the four companies that control 55-85 percent of U.S. chicken, beef and pork production for alleged “price fixing” during the pandemic, according to a Wednesday fact sheet released by the White House. The White House argues these producers are seeing record profits during the pandemic “at the expense of consumers, farmers and ranchers.”

“We’ve helped sustain this market, and it’s frustrating to see these companies turn around and raise prices,” Bharat Ramamurti, the deputy director of the White House’s National Economic Council, told Reuters. “What we see here smacks of pandemic profiteering and that is the behavior the administration finds concerning.” 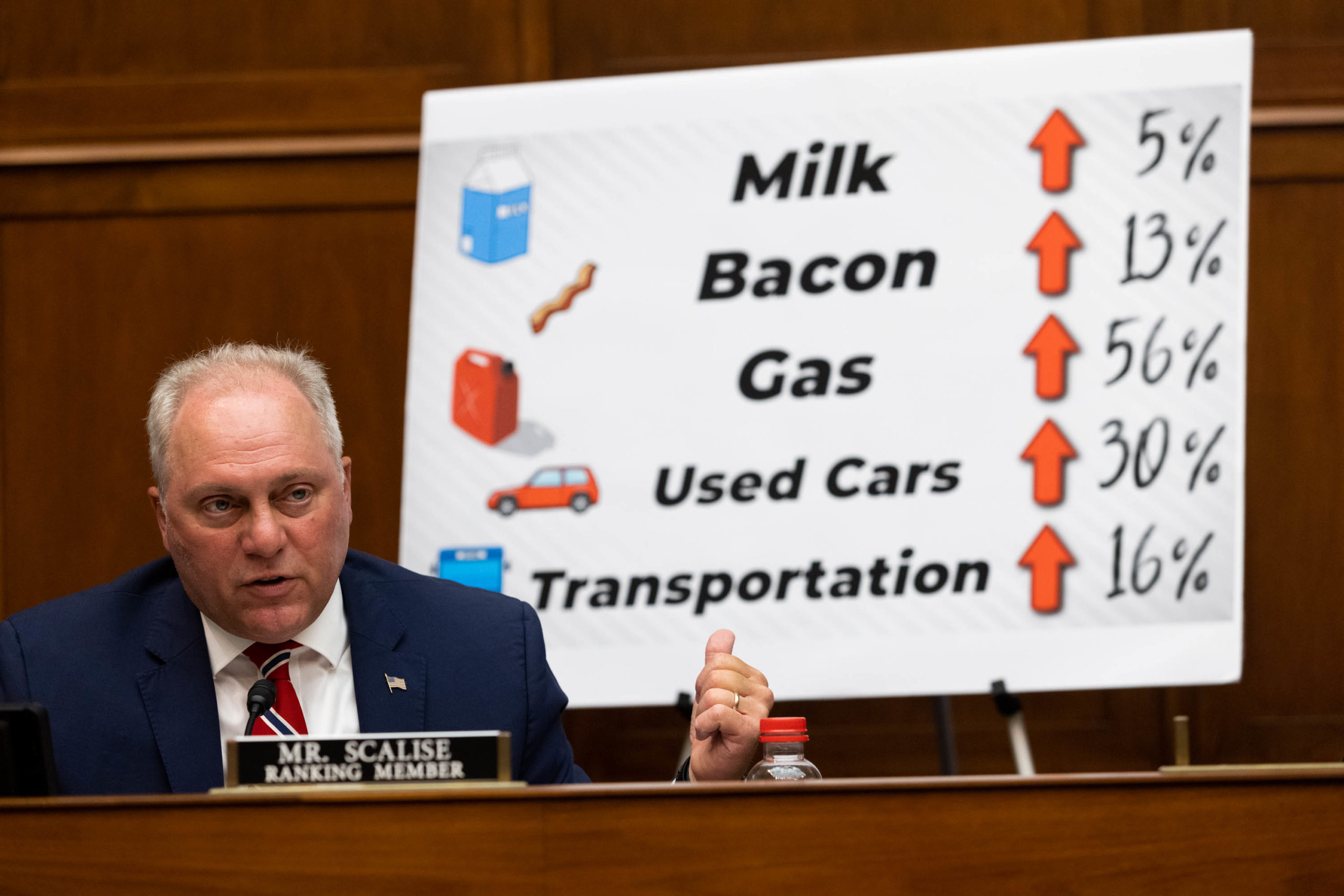 Republican Rep. Steve Scalise asks Fed Chair Jerome Powell about inflation during a hearing on June June 22. Republicans have made a habit of criticizing the current administration for inflation as it continues to rise. (Graeme Jennings/Pool/Getty Images)

“The goal of that over time is to bring these prices down,” he added. (RELATED: The Numbers Are In, Biden’s Inflation Is Not Going Away)

The administration plans to address the prices by providing $1.4 billion in funding to smaller meat producers across the U.S., as well as enforce antitrust and price-fixing laws more stringently, according to the White House.

Inflation in the U.S. has surged to a three-decade high since Biden took office. White House press secretary Jen Psaki and other administration officials have argued the inflation is “transitory” and will be gone by the end of 2022, but many experts say it could be here to stay for much longer.

Americans have seen prices spike in all aisles of grocery stores across the country, not just in meat production. Consumer prices in the U.S. rose 5.4 percent year-over-year as of early August.

“It’s also important to note, though — because we rely on the Federal Reserve for projections — that they are projecting to come back to normal levels next year, and this is still foreseen as a transitory impact on prices,” Psaki said in August.