The U.S. State Department expressed concern over the Taliban placing a designated terrorist as the interim prime minister in Afghanistan’s new cabinet.

A spokesperson for the department told the Daily Caller News Foundation in a statement that it was “concerned by the affiliations and track records of some of the individuals” in the all-male government.

“We understand that the Taliban has presented this as a caretaker cabinet,” the spokesperson said. “However, we will judge the Taliban by its actions, not words. We have made clear our expectation that the Afghan people deserve an inclusive government.”

“We will continue to hold the Taliban to their commitments to allow safe passage for foreign nationals and Afghans with travel documents, including permitting flights currently ready to fly out of Afghanistan to agreed-upon onward destinations,” the State Department said.

Muhammad Hassan Akhund, who was installed as the acting prime minister by the Taliban, is designated by the U.N. as a terrorist, Axios reported. The acting interior minister is also sought by the FBI for terrorism and runs the Haqqani network, which the U.S. designates as a foreign terrorist organization. 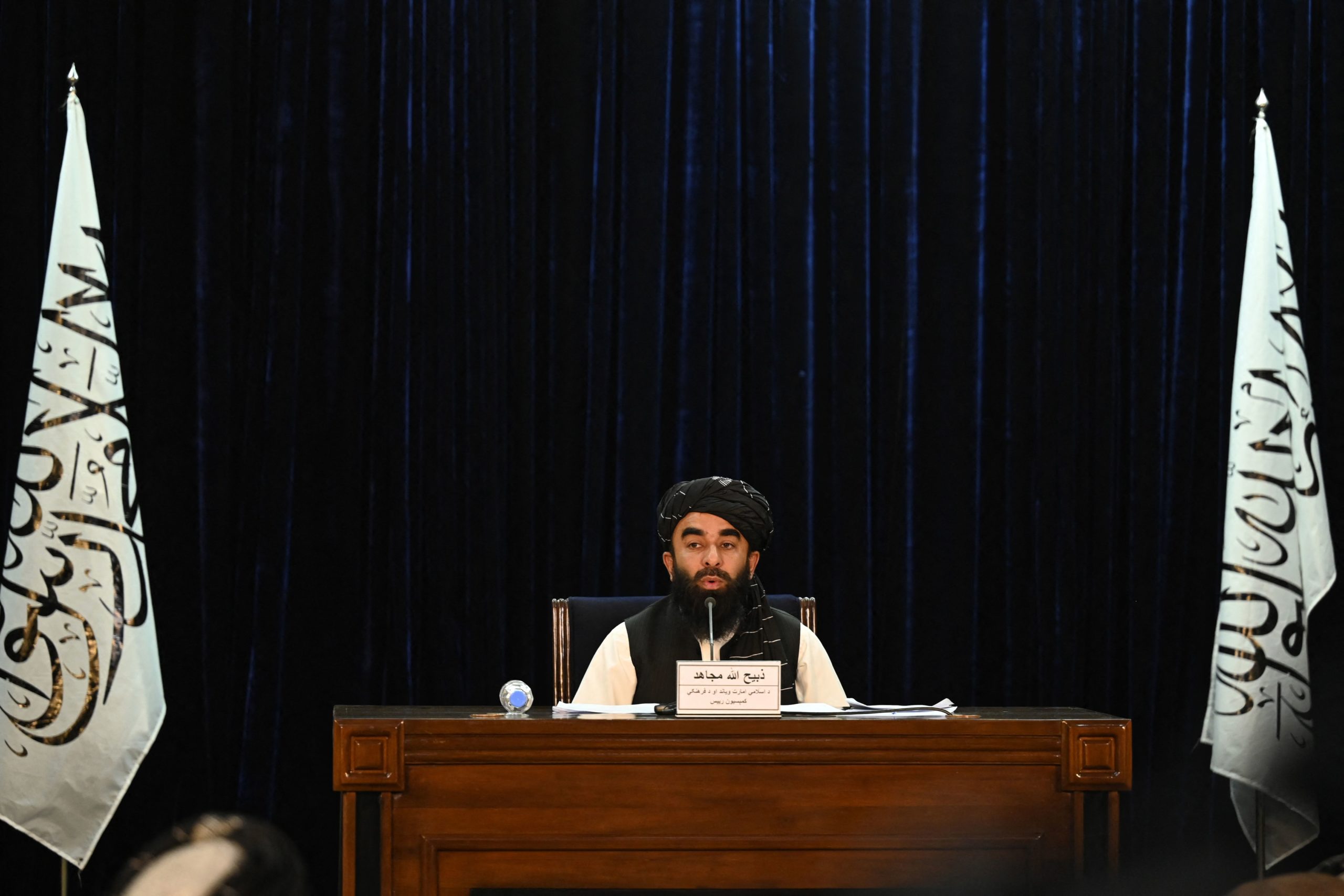 Taliban Supreme Leader Hibatullah Akhunzada said in a statement on Tuesday that the government will “work hard towards upholding Islamic rules and sharia law in the country.”

White House Chief of Staff Ron Klain said on CNN’s “State Of The Nation” on Sunday that about 100 Americans remain in Afghanistan that need to be evacuated. (RELATED: Taliban Violently Breaks Up Kabul Protest Organized By Women)

“We’re hopeful that, in the coming days, the Qataris will be able to resume air service out of Kabul,” Klain said. “And, if they do, we’re obviously going to look to see if Americans can be part of those flights. We are going to find ways to get them … out of Afghanistan.”