White House officials have reportedly been muting President Joe Biden when he’s talking over anxiety the president might veer off course and speak unscripted.

West Wing staffers allegedly told Politico they get anxious when Biden speaks and either turn off the president making his remarks or mute him, fearing he might take questions from the press that do not fall in line with the White House’s messaging.

“I know people who habitually don’t watch it live for that reason,” one unidentified current staffer said, according to the report. 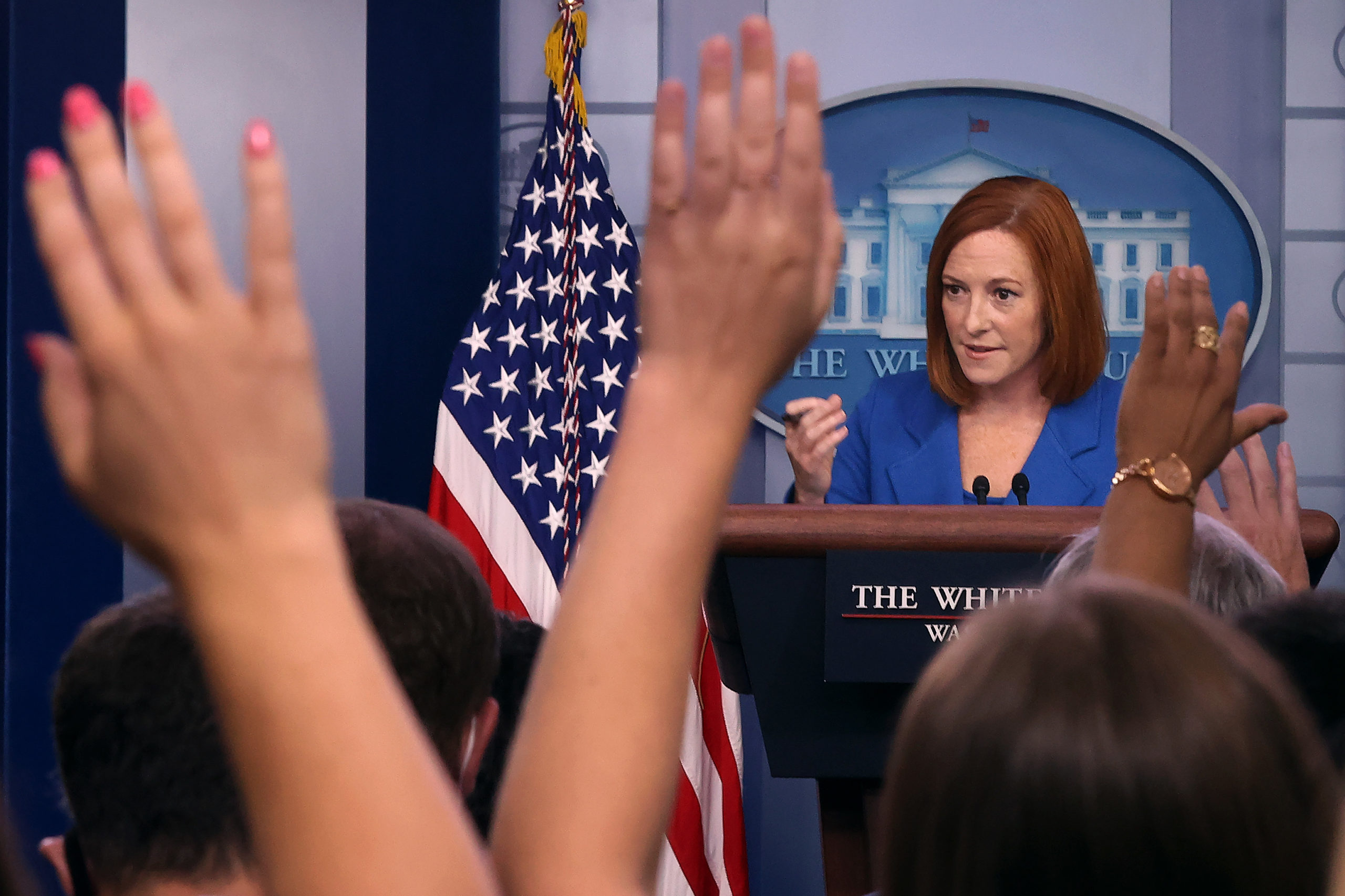 “It seems to me that you guys have done a good job managing that, because a lot of his interactions are speeches and settings in which you have a pretty good sense going in what he’s going to say,” Axelrod pointed out. (RELATED: Biden’s Comms Director Claims ‘The President Never Shies Away From Taking Questions’)

“I think the thing that’s interesting is that he actually takes questions – I mean he took questions, I mean he did a mini press conference yesterday,” Psaki said.

“In fact, a lot of times we say, ‘Don’t take questions,’ you know, but he’s going to do what he wants to do because he’s the president of the United States.”

Advisers have reportedly told Biden to answer fewer questions as well, with Biden recently appearing to acknowledge that he’s “not supposed to take any questions” while delivering remarks at the Federal Emergency Management Agency headquarters following Hurricane Ida.

“I’m not supposed to take any questions but go ahead,” Biden told Bloomberg News senior White House reporter Jennifer Jacobs when she asked if she could ask Biden a question.

Biden then refused to answer a question about Afghanistan.

Biden also said out loud in August that he was “instructed to call on” a series of reporters during a press briefing and that he was given a “list” of who to call on.

Biden has a history of making gaffes while speaking. Speaking Tuesday about Hurricane Ida, Biden said that tornadoes are no longer called tornadoes. During a speech in June, Biden confused Libya and Syria three times. White House staffers also struggled to explain a claim from Biden that he used to drive 18-wheelers. A White House spokesperson later pointed to a 1973 article showing Biden rode in an 18-wheeler.