The California state Senate passed a bill Wednesday that regulates how warehouses set production quotas and use data on warehouse employees.

The bill, introduced by state Assembly Member Lorena Gonzalez in May, specifically takes aim at warehouses, including those run by Amazon, that monitor and track employee productivity and use data on employees to assess their performance.

Under the bill, workers would be able to obtain copies of their “work speed data” and use it to contest adverse actions taken against them by their employer.

“I believe one of Amazon’s biggest competitive advantages over rivals is this ability to monitor their work force, prod workers to work faster and discipline workers when they fail to meet quotas,” Beth Gutelius, research director at the Center for Urban Economic Development at the University of Illinois Chicago, told The New York Times. 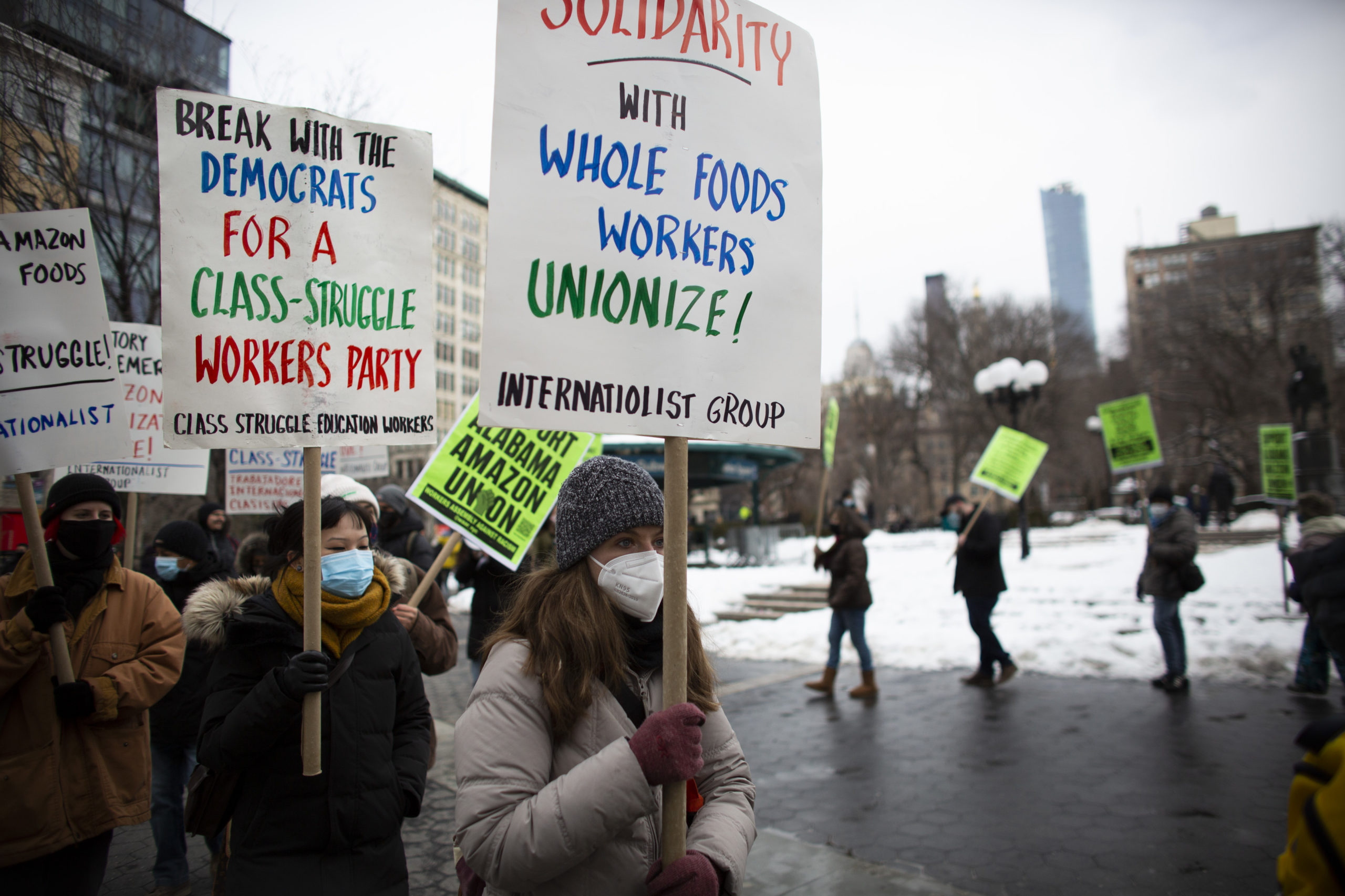 People hold placards during a protest in support of Amazon workers in Union Square, New York on February 20, 2021. – (Photo by KENA BETANCUR/AFP via Getty Images)

The bill also says that warehouses cannot force employees to meet quotas “that prevent compliance with meal or rest periods, use of bathroom facilities, including reasonable travel time to and from bathroom facilities, or occupational health and safety laws in the Labor Code or division standards.” Employers cannot take “adverse employment action” against employees for failing to meet quotas due to taking meals or breaks.

Under the bill, any adverse action taken against an employee within 90 days of them lodging a complaint about production quotas or asking for their work speed data would be assumed to be unlawful. (RELATED: Amazon Denies Reported Changes To Removing Content From Hosting Platform)

“In the Amazon warehouse space, what we’re trying to take on is this increased use of quotas and discipline based on not meeting the quotas, without a human factor in dealing with a reason why a worker might not make a quota,” Assemblywoman Lorena Gonzalez told the Times.

The law seeks to address some of Amazon’s controversial labor practices. Civil rights groups have argued Amazon’s surveillance of its workers is unethical and contributes to a dangerous, fast-paced work environment.