Grubhub, DoorDash, and Uber Eats are suing New York City over a law that sets limits on the commissions the food delivery services can charge restaurants.

The complaint, filed Thursday in a New York federal court, challenges a law passed late August by the New York City Council that made permanent the caps on delivery fees put in place during the COVID-19 pandemic. The law prohibits “third-party food delivery services’ from charging restaurants more than 15% of an order for delivery and more than 5% of an order for all other fees.

“This now-indefinite legislation bears no relationship to any public-health emergency, and qualifies as nothing more than unconstitutional, harmful, and unnecessary government overreach that should be struck down,” the companies alleged in the complaint.

The law was designed to help “mom-and-pop shops” recover from the cost of the COVID-19 pandemic, according to Councilman Francisco Moya, who introduced the legislation. 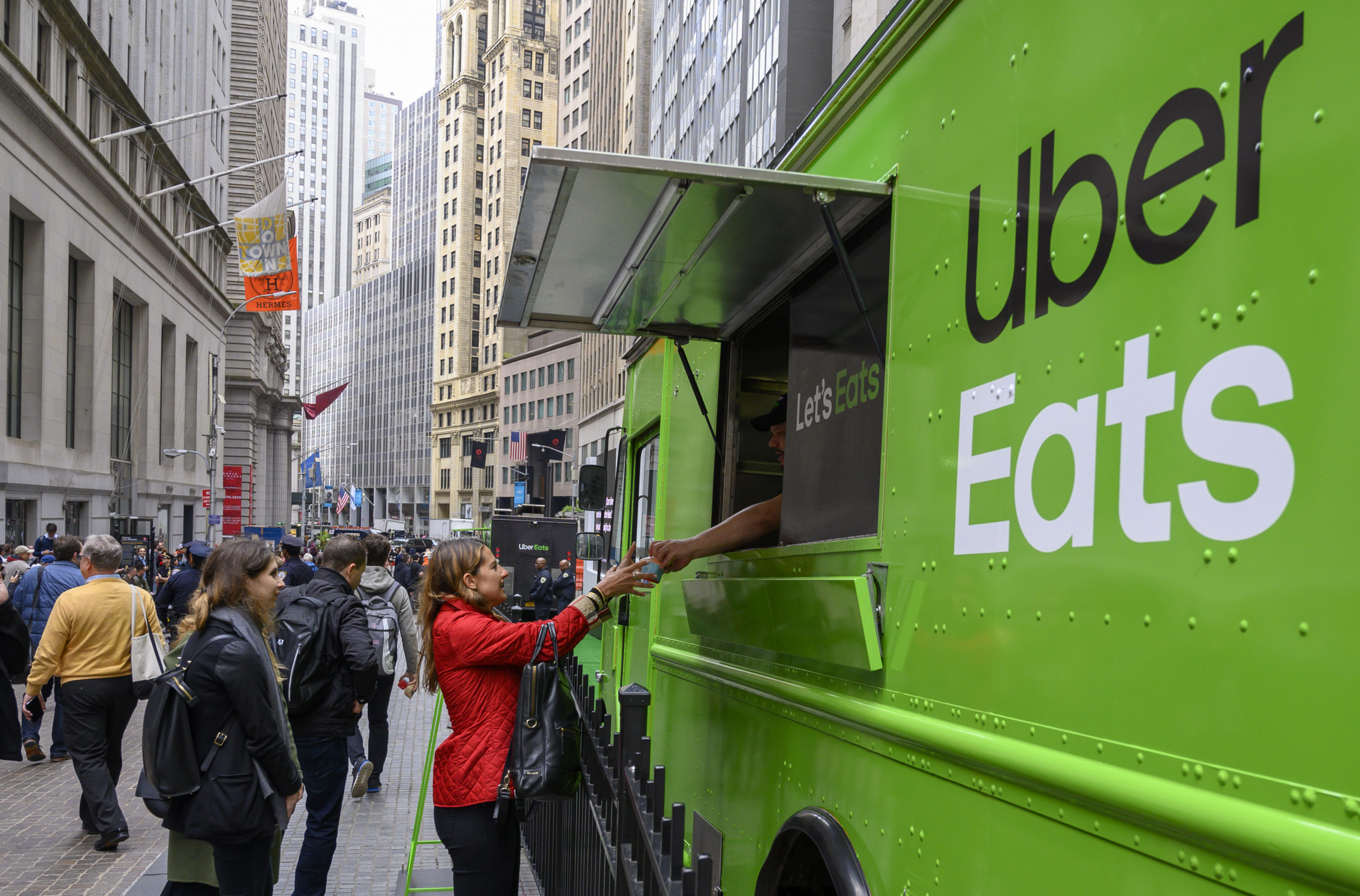 People buy food from an Uber Eats truck in front of the New York Stock Exchange on May 10, 2019, in New York. (Photo by DON EMMERT/AFP via Getty Images)

“We are not here to enable billion dollar companies and their investors to get richer at the expense of restaurants,” Moya said in a statement at the time.

However, the food delivery apps alleged New York’s commission caps were arbitrary and harmful, with the associated costs passed on to consumers. The plaintiffs also argued the law targeted out-of-state food delivery services when other third-party companies that service restaurants, like wholesale food suppliers, marketers, and point-of-sale vendors, were not included.

“There was no reason to regulate third-party platforms like public utilities even during the state of emergency, let alone now in the absence of such a declared emergency and accompanying restrictions,” the companies argued. (RELATED: Uber Driver Killed By Shot To The Head During Attempted Robbery)

The food delivery apps requested the court declare the law unconstitutional, as well as place an injunction on the law preventing it from being enforced and award damages to the companies.

DoorDash and Grubhub both sued the city of San Francisco in July over similar commission caps, alleging the limits were unconstitutional and harmed consumers. The case has yet to be decided.

Meanwhile, the city of Chicago sued DoorDash and Grubhub in late August over their policies of advertising low delivery fees and then charging additional fees at checkout.