Democratic New York Gov. Kathy Hochul vowed to fight for abortion access and to “take this battle all across the nation” as she condemned pro-life legislation like Texas’ Heartbeat Act Thursday.

Hochul repeatedly promised to lead an “army” to fight back against pro-life legislation. The governor reminisced about running for “a simple town board in a small town” 27 years ago in a conservative community, saying she was told that if she didn’t back a pro-life agenda she would “never get elected in a million years.”

“And I said, well watch this. I would not touch that line. I ran for office and I won overwhelmingly, time and time and time again,” the New York governor said. “And I say that because that is what’s going on in other parts of our nation and even in parts of our own state.” 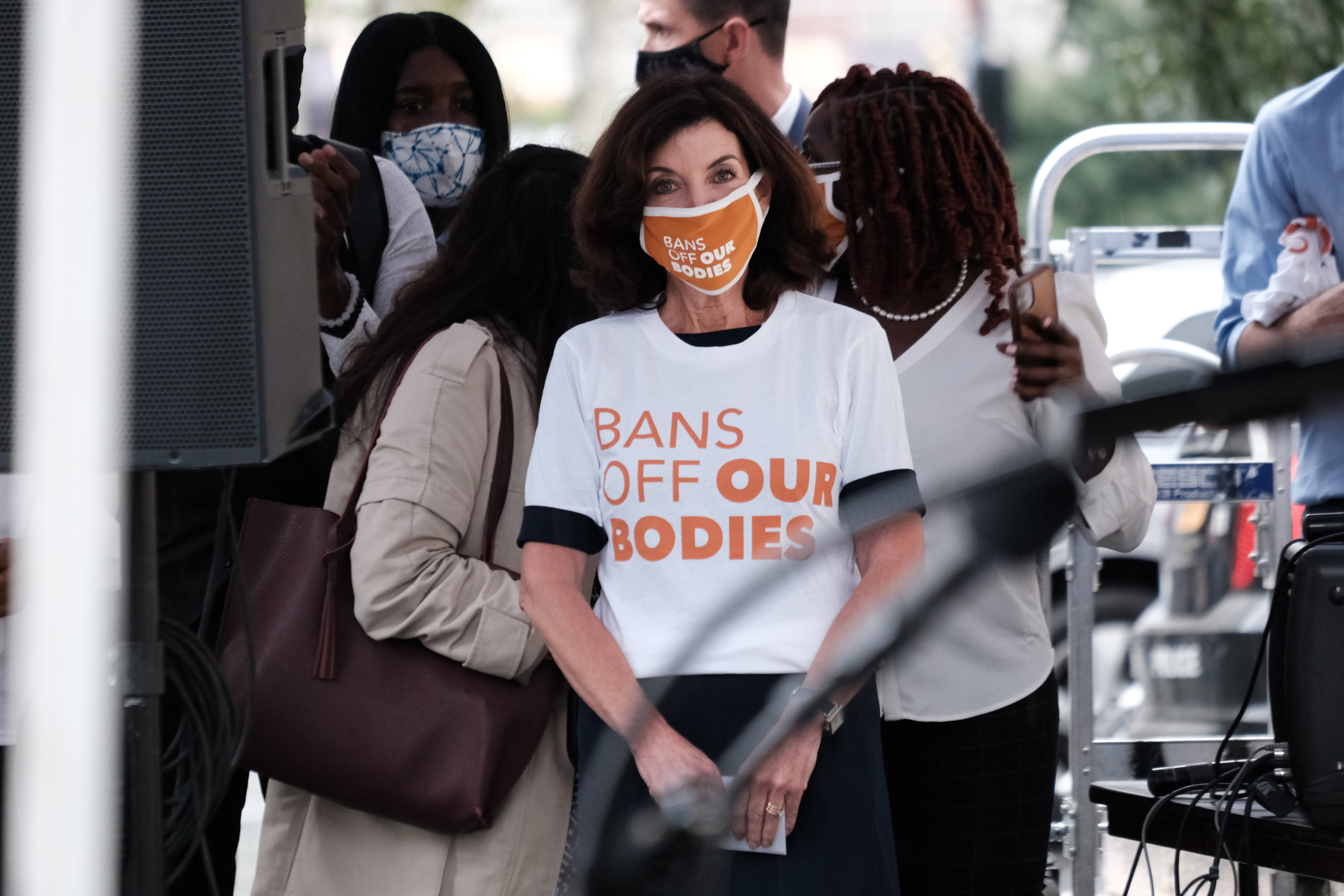 New York Governor Kathy Hochul joins other politicians and supporters of abortion rights at a rally to denounce recent restrictions on abortion in the state of Texas on September 09, 2021 in the Brooklyn borough of New York City. (Photo by Spencer Platt/Getty Images)

“This is a battle that’s always happening in the streets,” she continued. “It’s happening at the Planned Parenthood facilities that I’ve gone to after they’ve been subjected to attacks and terrorist actions.”

Hochul called on abortion advocates to “stand together,” referring to the Statue of Liberty as a “beacon of hope” for those oppressed. (RELATED: Cuomo, Advisers Plot Revenge Against New Governor: REPORT)

“And right now, we have oppression going on in our own country when people are trying to tell women what to do with their own bodies,” she said. “It stops here in New York. Let’s take this battle all across the nation. To Washington, to Texas, and anywhere else that they think they have a right to have their hands on our bodies.”

“Keep your damn hands off our bodies,” she continued, repeating, “Keep your damn hands off our bodies. We are sick and tired. We are going to take this battle anywhere it occurs, and I want to thank all of you. You inspire me. You inspire me, each and every one of you when I come out here and I see your passion to fight for other people and make they have their dignity and rights.”

The legislation not only removed abortion from New York’s criminal code but also allowed non-doctors to perform abortions and allowed women to obtain late-term abortions if their health is in danger or if their unborn baby is not viable.