While the Senate returned from its August recess Monday and the House continues to markup Democrats’ $3.5 trillion budget, no progress has been made on increasing the debt ceiling, risking enormous consequences to the entire American financial system.

The Treasury Department has predicted that the U.S. will run out of money sometime in October, with Secretary Janet Yellen warning of “irreparable” harm if Congress does not come together to raise it in order to prevent the country from defaulting on its debts. Republicans, however, have doubled down against doing so, instead calling on Democrats to raise it themselves as part of the $3.5 trillion package, which can pass on party lines.

Their move is an attempt to hinder the budget itself, legislation that they say amounts to nothing more than socialism. And if a multitrillion debt ceiling increase is attached to the expansive package, it could further dissuade moderate Democrats who have already expressed concern over its size from backing it, even though the increase itself does not actually incur new debt.

He was echoed by Missouri Rep. Jason Smith, the top Republican on the House Budget Committee, who warned that more government spending would “only further harm working class families.”

“You do not solve a problem caused by overspending by spending even more,” he told the Daily Caller News Foundation. “Unfortunately, the unprecedented $3.5 trillion spending spree that Democrats are pursuing has taken priority over addressing any of the multiple crises [facing] the American people right now. Democrats have the legislative tools at their disposal to address the debt limit on their own.”

Democrats, however, have held their ground, calling on Republicans to join them in a necessary act that has been done on an overwhelming bipartisan basis in recent years under presidents of both parties in order to prevent possible economic collapse.

“When President Trump was president, we Democrats supported lifting the debt ceiling because it’s the responsible thing to do,” House Speaker Nancy Pelosi said during her press conference last week. “I would hope that the Republicans would act in a similarly responsible way.” (RELATED: Congress Faces An Absolutely Brutal September Filled With High-Stakes Deadlines) 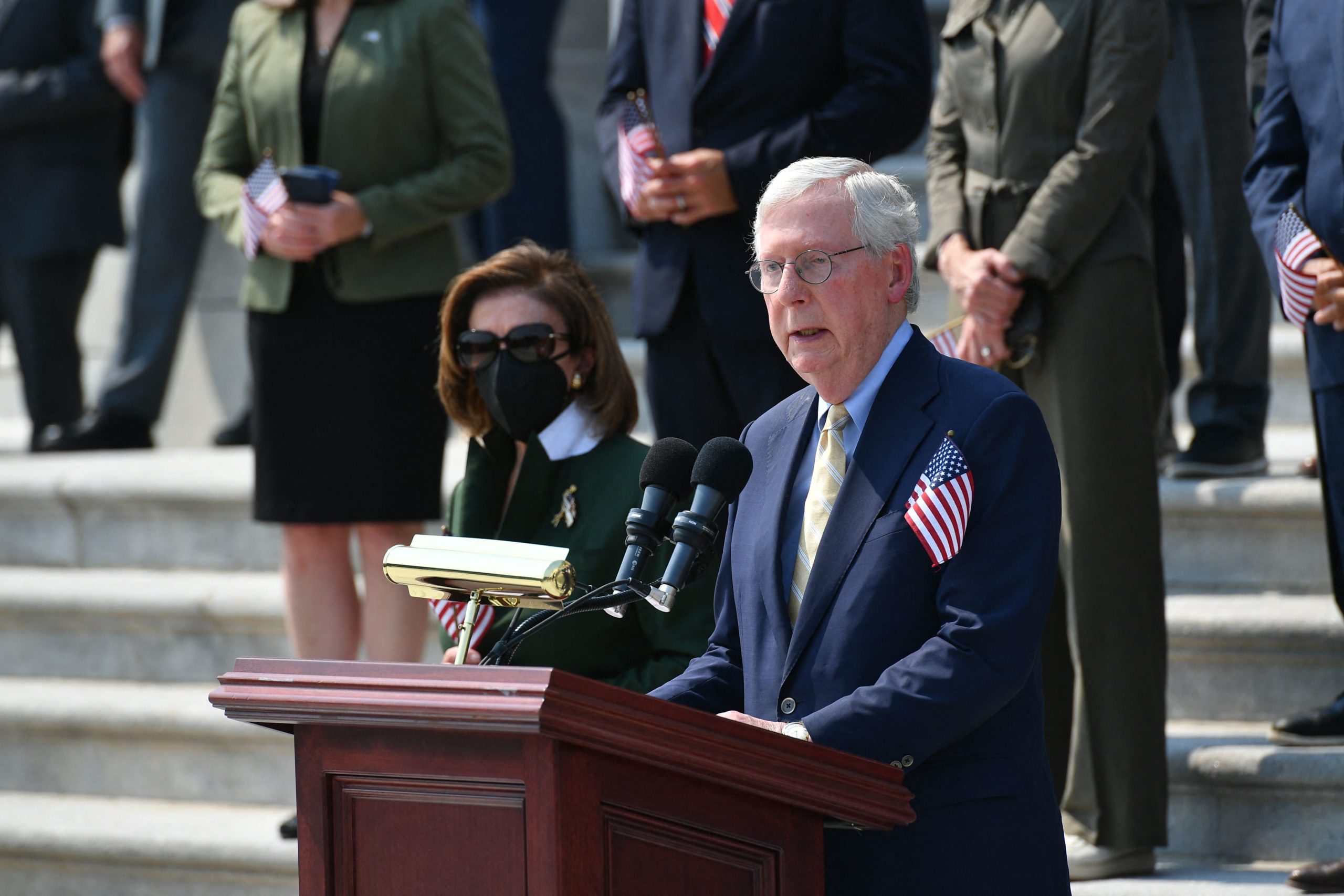 Democrats have also linked a debt ceiling increase to the increased spending under the Trump administration as reasons why Republicans should help increase it.

“This is not about greenlighting future spending,” Senate Majority Leader Chuck Schumer said on the Senate floor, accusing his GOP colleagues of acting in a “reckless” way that will “harm every single American.”

“This is about paying debt from past spending, which was incurred during the Trump administration,” he added.

But even moderate Republicans seem uninterested in raising the limit as long as Democrats proceed with their party’s budget, which addresses the bulk of President Joe Biden’s domestic agenda.

“[The budget] will exacerbate the 20-year high in inflation which is a very direct and cruel tax on working families,” Maine Republican Sen. Susan Collins told reporters Monday. “If they’re going to support that kind of spending, I don’t want to facilitate that.”

Congress, in addition to the fast approaching deadline, must also fund the government before the current fiscal year expires on Sept. 30. But lawmakers have discussed passing a continuing resolution, which would fund federal agencies through early December and punt the overall funding bill and address the debt ceiling and try and pass the budget and bipartisan infrastructure bill.