President Joe Biden will host the first in-person “Quad Leaders Summit” with leaders from Australia, India and Japan on Sept. 24.

The four leaders – Biden, Australian Prime Minister Scott Morrison, India’s Prime Minister Narendra Modi and Japan’s Prime Minister Yoshihide Suga – spoke during a virtual meetings in March. That meeting focused on China, according to Reuters, as well as topics such as climate change. (RELATED: US And Japan Running Joint Military Exercise In Show Of Force To Nearby China)

“The Biden-Harris Administration has made elevating the Quad a priority, as seen through the first-ever Quad Leaders-level engagement in March, which was virtual, and now this Summit, which will be in-person. Hosting the leaders of the Quad demonstrates the Biden-Harris Administration’s priority of engaging in the Indo-Pacific, including through new multilateral configurations to meet the challenges of the 21st century,” White House Press Secretary Jen Psaki said in a statement Monday. 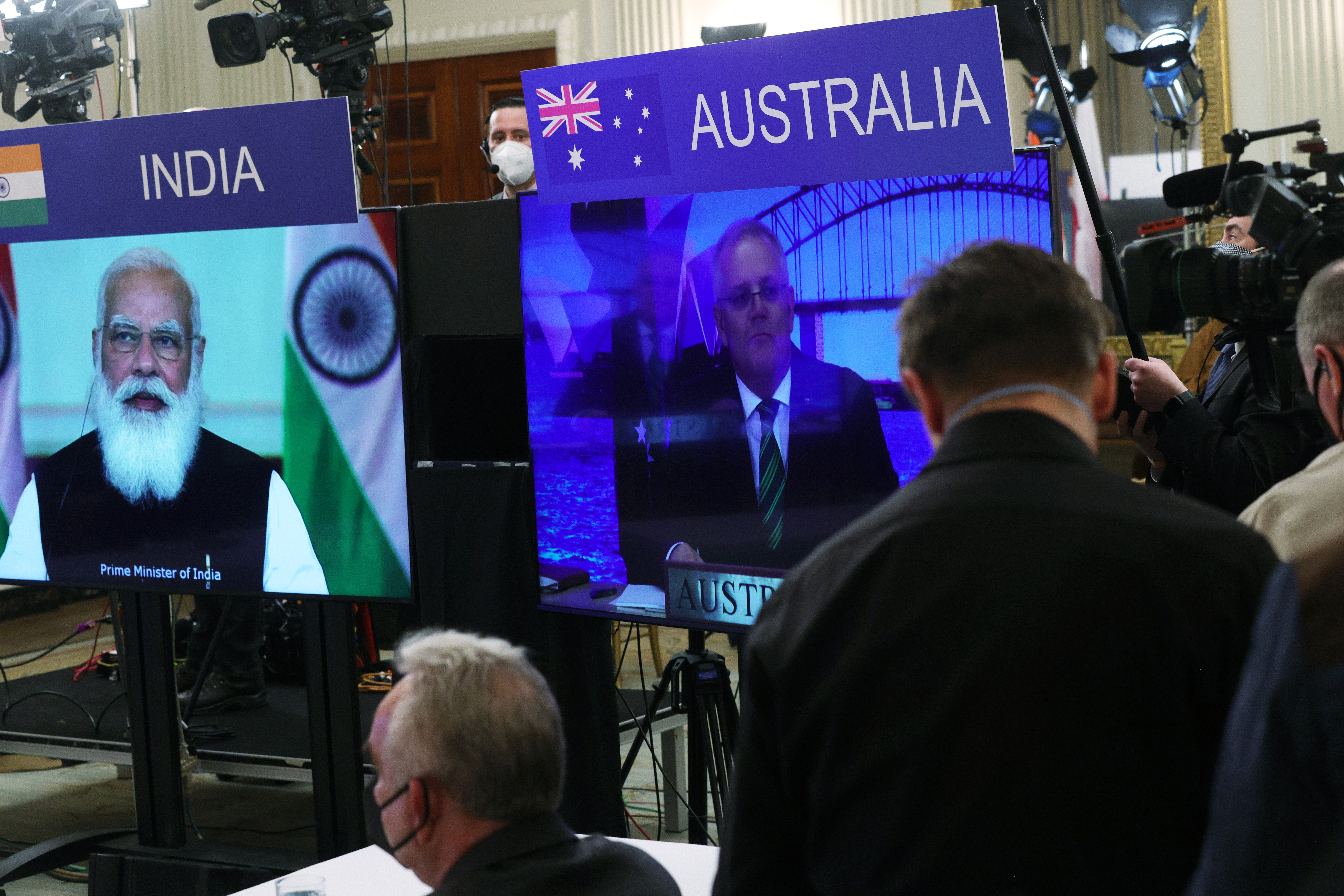 The upcoming meeting will focus on a range of topics, including “combatting COVID-19, addressing the climate crisis, partnering on emerging technologies and cyberspace, and promoting a free and open Indo-Pacific,” the press secretary added.

India suffered greatly from COVID-19 and vaccine issues after the leaders’ first summit in March, which was Biden’s first multilateral summit that he hosted as president. This meeting comes amid growing worry from the Biden administration over the delta variant, which now makes up the majority of cases in the U.S.

“We’ve got a big agenda ahead of us, gentlemen, as you well know, but I’m optimistic about our prospects.  The Quad is going to be a vital arena for cooperation in the Indo-Pacific.  And I look forward to working closely with — with all of you in the coming years,” the president said at the first event.

Back in July, Biden’s Indo-Pacific coordinator Kurt Campbell promised that the September meeting will result in some definitive results on vaccines and infrastructure issues, according to Reuters. As a result, infrastructure – a top topic for Biden within the U.S. at the moment – will also be discussed during the meeting, a U..S official told the publication.