Fifty-eight percent of Americans said they supported companies with at least 100 employees mandating the vaccine or requiring unvaccinated employees to get tested weekly , compared to just 36% who said the opposite in the Morning Consult/POLITICO survey. The results were almost identical for mandates for federal workers without a testing opt out, with 57% supporting and 36% and opposed.

Support for mandates climbed further when asked about health care workers, even when they did not get an opt out with weekly testing; 60% said they supported the measure, almost double the 34% opposed.

While the majority support the mandates and over three-quarters of Americans have received at least one vaccine dose, the poll showed, those in favor were sharply split along party lines. Eighty percent of Democrats said they backed Biden’s actions compared to just 33% of Republicans who said the same. (RELATED: Fox News Poll: Majority Of Americans Support Vaccine Mandates, Passports) 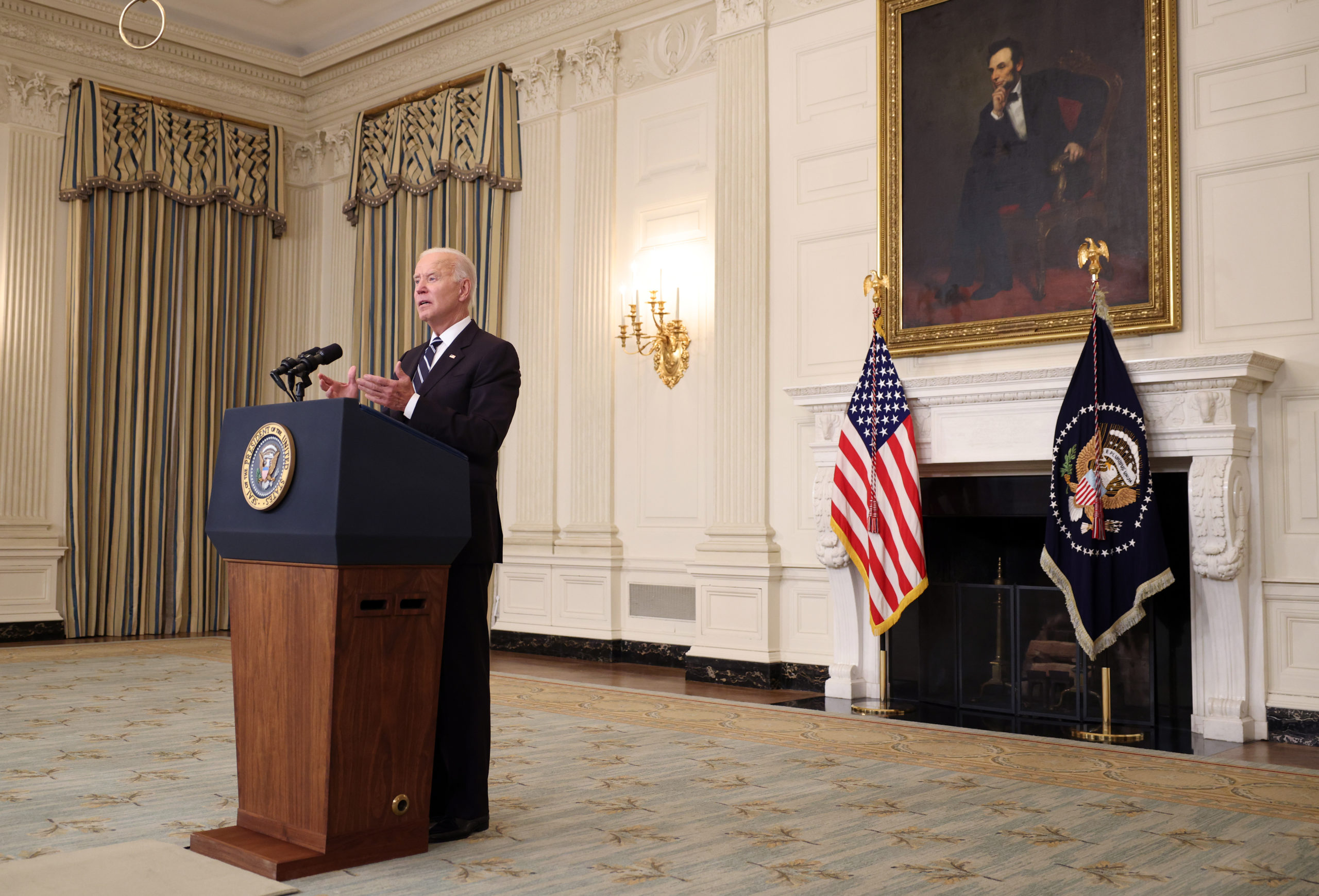 President Joe Biden speaks about combatting the coronavirus pandemic on September 9 amid the Delta variant surge across the United States. (Kevin Dietsch/Getty Images)

About a quarter of Americans are staunchly opposed to both mandates across the board and remain unvaccinated themselves.