Democratic New York Representative Alexandria Ocasio-Cortez showed up in a “Tax the Rich” dress at the annual elite Met Gala in New York City and drew cheers and jeers. 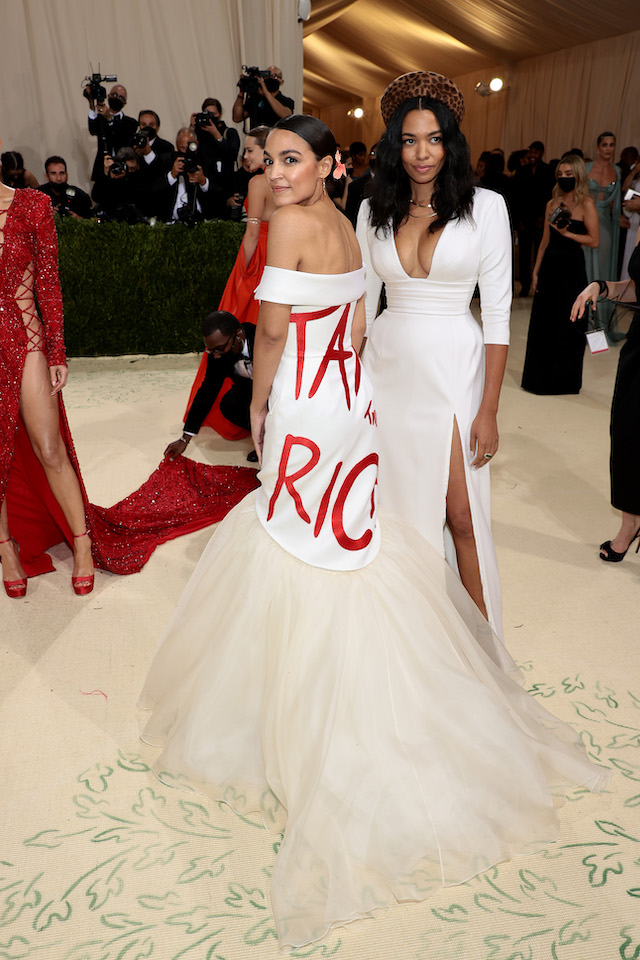 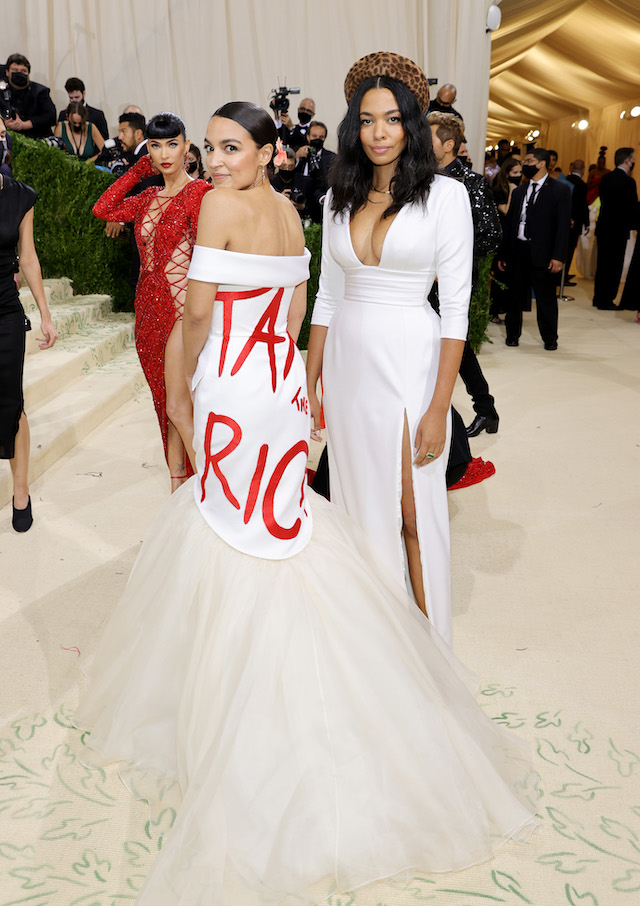 The congresswomen wore an off-the-shoulder white gown with the message “Tax the Rich” written in red across the back of the at the 2021 Met Gala Celebrating In America: A Lexicon Of Fashion at the Metropolitan Museum of Art. (RELATED: Liberal Activists Rebrand Sex Changes As ‘Gender-Affirming Medical Care’ To Bully State Officials Into Allowing The Mutilation Of Children) 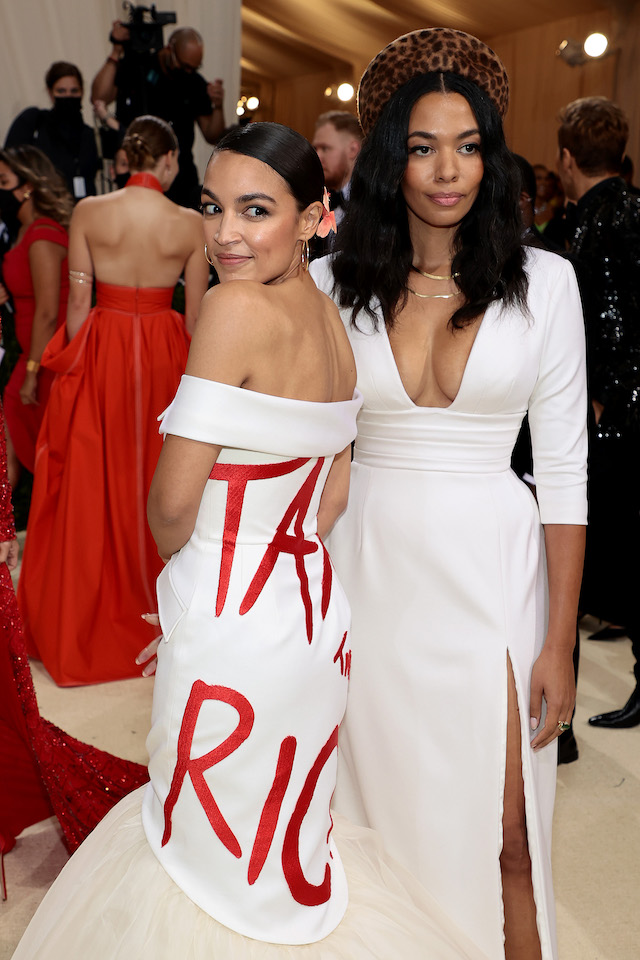 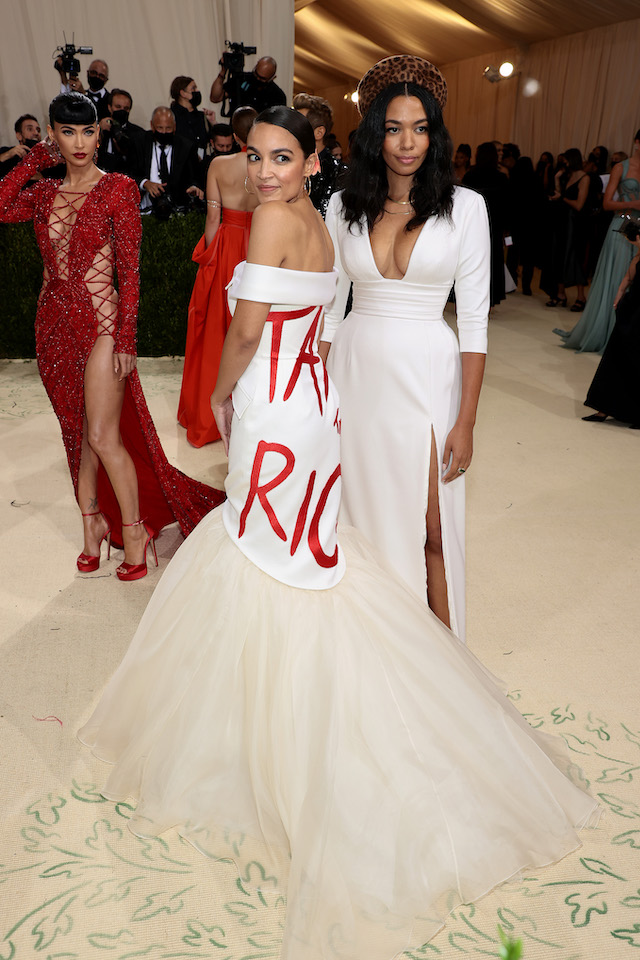 She completed the look with her hair pulled back, jewelry and high heels. (RELATED: Alexandria Ocasio-Cortez Says ‘Absurdly Cruel’ US Embargo Is Partly Responsible For Cuban Suffering) 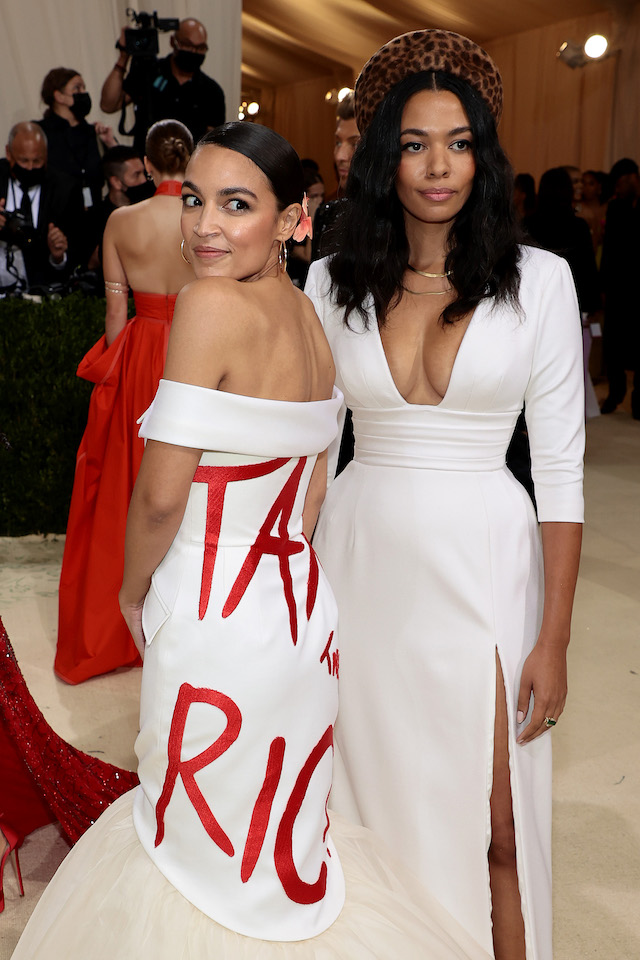 The New York Times reported that AOC’s white dress was from Brother Vellies.

Representative Alexandria Ocasio-Cortez arrived at the #MetGala in a white Brother Vellies dress emblazoned with the words, “TAX THE RICH” in bright red letters across the back.

Others noted the fact that Ocasio-Cortez wore a dress about taxing the rich at an elite event.

Senator Marsha Blackburn commented on social media about the dress and wrote that, “@AOC is making the most of her $30,000 Met Gala ticket with all her Hollywood elite friends.”

NEW – Democrat Rep. AOC wears a “Tax The Rich” dress at #MetGala, where a ticket costs $30,000 to attend.pic.twitter.com/V9B7UGoGX5

What makes @AOC a bigger fraud:

The “tax the rich” dress while she’s hanging out with a bunch of wealthy leftwing elites or the lack of masks after spending the past 18 months as one of the biggest authoritarian mask Karens in the country? https://t.co/pE84Pjquh1

Outside of AOC being tone deaf and a complete hypocrite, the dress is ugly. https://t.co/qcVzQk4fKh

“Tax the Rich”……But first I’m gonna go have the time of my life partying with them all at the most extravagant over the top party of the year that is essentially a celebration of richness. pic.twitter.com/ZkSUnRkqGs

AOC is to socialism what the Sex Pistols were to punk rock.

Alexandria Ocasio-Cortez attending the $35,000-a-ticket #MetGala in a Brother Vellies gown blaring “Tax the Rich” is a complicated proposition. pic.twitter.com/prxOojWxwx