California Democratic Gov. Gavin Newsom has emerged as the clear favorite in Tuesday’s recall election, riding a late wave of momentum as support for ousting him tanks.

The race has been surprisingly close for months, with most polls showing support for Newsom just barely outrunning those seeking to remove him. The contest was a dead heat as recently as mid-August, with support for keeping Newsom holding just a 0.2% lead in FiveThirtyEight’s polling average as coronavirus cases increased and the state struggled to contain record-setting wildfires.

Now, however, Newsom holds nearly a 17-point lead in a state where Democrats vastly outnumber Republicans, and will campaign alongside President Joe Biden Monday in a state he won by over 29 points last November. Support for the recall has fallen from nearly 48% to under 41% in a month, the average shows.

In addition to Newsom’s structural advantages, he has also benefited from having a perceived opponent. Conservative talk show host Larry Elder entered the race in July and quickly achieved frontrunner status, and the attacks soon followed.

His ex-fiancée accused him of domestic violence, and he denied an accusation of sexual harassment by saying that the woman making the allegation was too ugly for it to be true. Elder also expressed support for eliminating the minimum wage and restricting abortion access, two positions antithetical to the majority of California voters. (RELATED: Larry Elder Rips Into CNN, Media Outlets For Unfair Coverage Of Recall Showdown With Gavin Newsom) 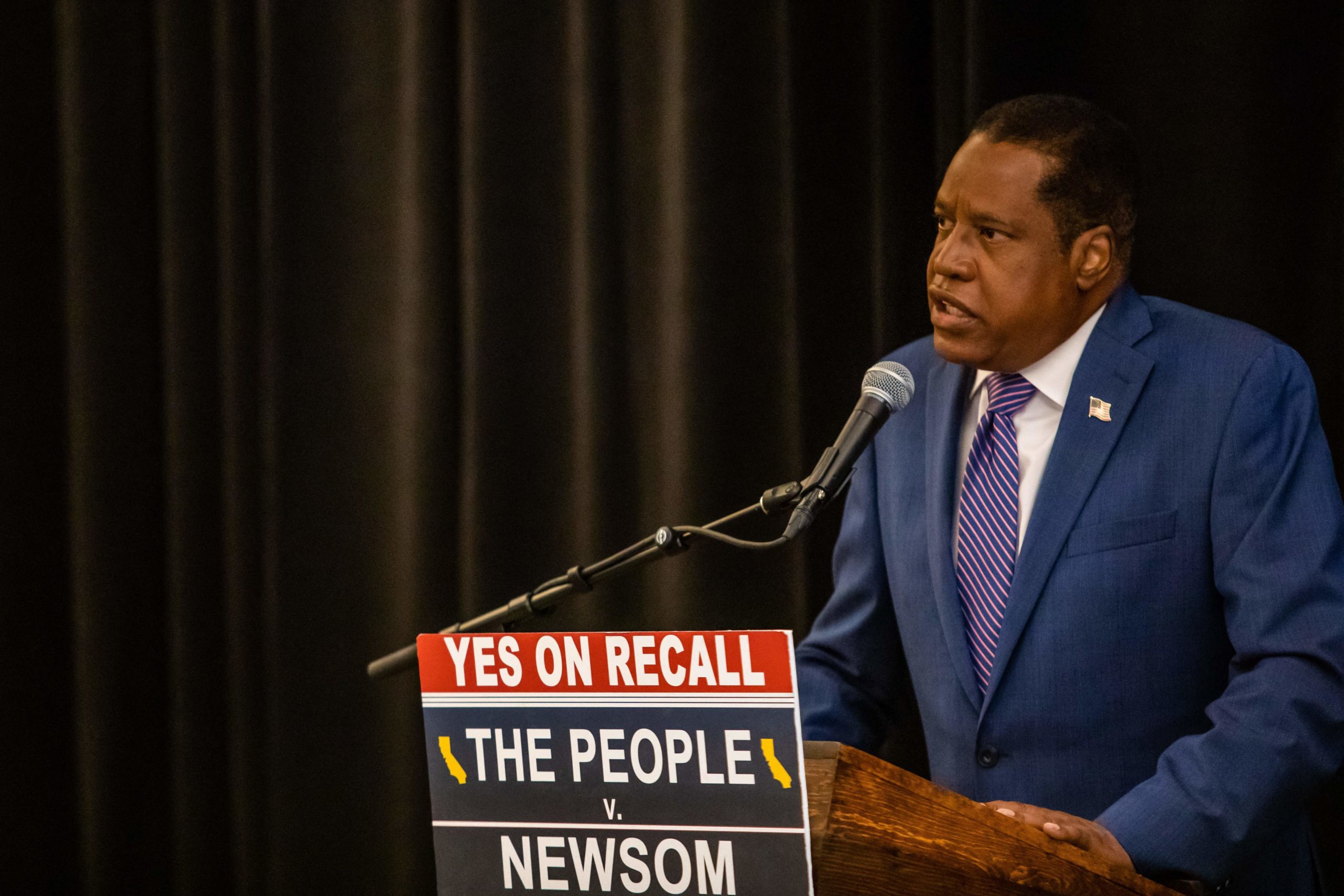 Newsom meanwhile, has tied Elder’s position to Texas’ new law severely restricting abortion access, accusing him of celebrating its passage and the Supreme Court’s deciding not to block it from entering into effect.

The incumbent has also attacked Elder on his position to repeal all vaccine mandates in the state, comparing his policy to states like Florida, which experienced one of the highest coronavirus case increases nationwide. (RELATED: Elder Blasts Newsom’s Vaccine Mandate In Exclusive Video)

California also has sent mail-in ballots to every registered voter in the state, potentially increasing Democratic turnout and blunting any GOP enthusiasm advantage that existed. And while men are about split on whether to oust him, almost two-thirds of women plan to vote to keep him in office, according to a new poll reported by Politico.

Spokespersons for two of the leading Republican candidates did not immediately respond to a request for comment on Newsom’s widening lead.