The White House contacted union presidents in the lead up to President Joe Biden’s announcement of new vaccine mandates that could affect 100 million people, the Associated Press reported.

Labor unions, an important group within the Democratic Party, are split on vaccine mandates, the AP reported. The Biden administration chose to reach out to the union heads prior to the announcement Thursday because of the division.

The AFL-CIO, which serves as an umbrella organization to many unions in the U.S., said it supported the measures Biden was taking on Friday. “The resurgence of COVID-19 requires swift and immediate action, and we commend President Biden for taking additional steps to help put an end to this crisis,” it said in a statement.

“Workers and unions should have a voice in shaping these policies. Workplace COVID-19 safety plans should also include mitigation measures like ventilation, removing infected individuals, masking and training workers,” the AFL-CIO added. (RELATED: Gov. DeSantis Goes After Biden For Sweeping Vaccine Mandate ‘Not Based On Science’) 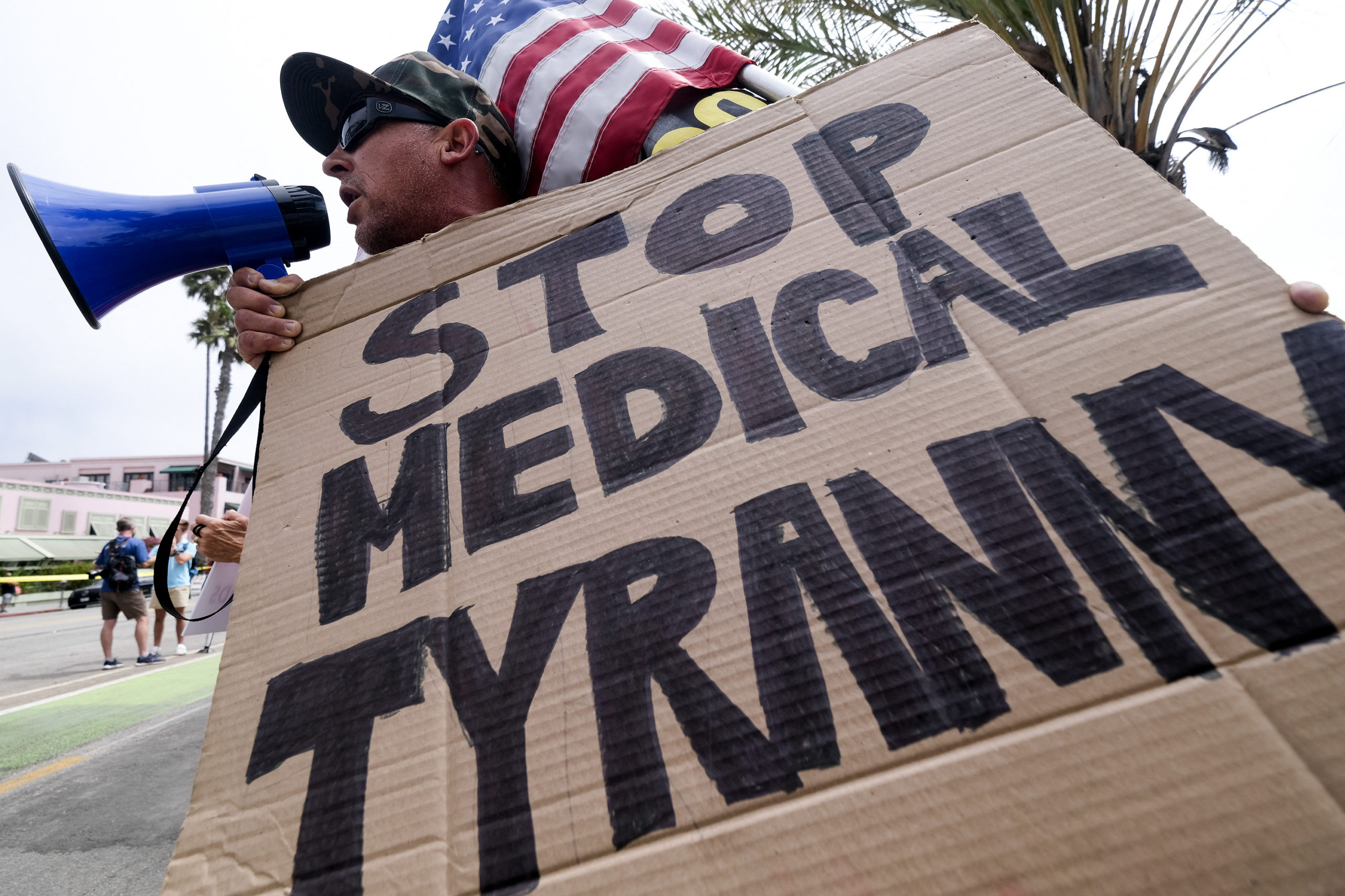 An anti-vaccination protester holds a sign and a flag as he takes part in a rally against Covid-19 vaccine mandates, in Santa Monica, California, on August 29, 2021. (Photo by RINGO CHIU/AFP via Getty Images)

The AFT issued a vaccine mandate to its employee two weeks ago. Randi Weingarten, the union’s president, told the AP that the health and safety of its employees has been a “north star” for the organization since the COVID-19 pandemic started.

Many law enforcement unions, on the other hand, have rebuked the idea of mandates, the AP reported. Police and firefighter unions protested in Newark, New Jersey, on Thursday, while those in Portland got members exempted from the city’s vaccine order and are suing the governor to block mandates for state workers.

“The more conservative side of the labor movement, in terms of politics, are going to be the police and firefighter unions,” Simon Haeder, a political scientist studying vaccine mandates at Penn State University, told the AP. “Yes, you’re a union person and yes, you want the workplace to get back to normal, but the identity of being a Republican outweighs a lot of those things.”

“Labor unions are a microcosm of the society we live in,” Patricia Campos-Medina, executive director of Cornell University’s The Worker Institute, told the AP. “The same political divide we have right now exists within the rank and file of unions.”