Republican gubernatorial candidate Glenn Youngkin is pro-life, The Washington Post confirmed in a Tuesday fact check, but he’s not as pro-life as Democratic opponent Terry McAuliffe portrays him to be.

WaPo gave gubernatorial candidate McAuliffe “Two Pinocchios” for repeatedly claiming that Glenn Youngkin wants to “defund Planned Parenthood” and “ban all abortions in the Commonwealth of Virginia.” (RELATED: As Virginia Governor’s Race Draws To A Close, McAuliffe Will Not Name One Abortion Restriction He Supports)

Though Youngkin has made it clear that he supports rolling back Democratic abortion expansions, WaPo noted, he does not support Planned Parenthood, he doesn’t think taxpayer dollars should go to abortions, and he hasn’t specifically said that he would ban abortions or defund the organization.

Youngkin himself told the Daily Caller News Foundation last week that he is pro-life but believes “in exceptions in the case of rape, and in case of incest, in case the mother’s life is in jeopardy.” He did not give the DCNF specifics on what type of abortion restrictions he would support.

“I think that when a child could feel pain, we should go discuss when that is, and that would be a very good moment for us to actually make sure we are stopping tax­payer-funded abortions,” Youngkin told the National Review.

He did not immediately respond to a Tuesday request for comment from the DCNF as to whether he supports restricting abortion earlier than 20 weeks. (RELATED: Virginia GOP Candidate Youngkin Pushes Back On Allegations He’s Hiding Radical Pro-Life Stances)

A baby at 15 weeks gestation has all its major organs formed, and the baby’s heart, which pumps 26 quarts of blood per day, has already beat approximately 15,800,000 times by 15 weeks, according to a new report from the Charlotte Lozier Institute. Each of the baby’s fingers can move separately and the baby will choose between sucking its left or right thumb and will respond to touch and taste.

The baby will have been practicing breathing for over six weeks and can feel pain, according to the report. An unborn baby girl will already have most of the eggs that she will ever produce at 15 weeks, and much of the baby’s skeleton will have hardened from cartilage into bone by that point. 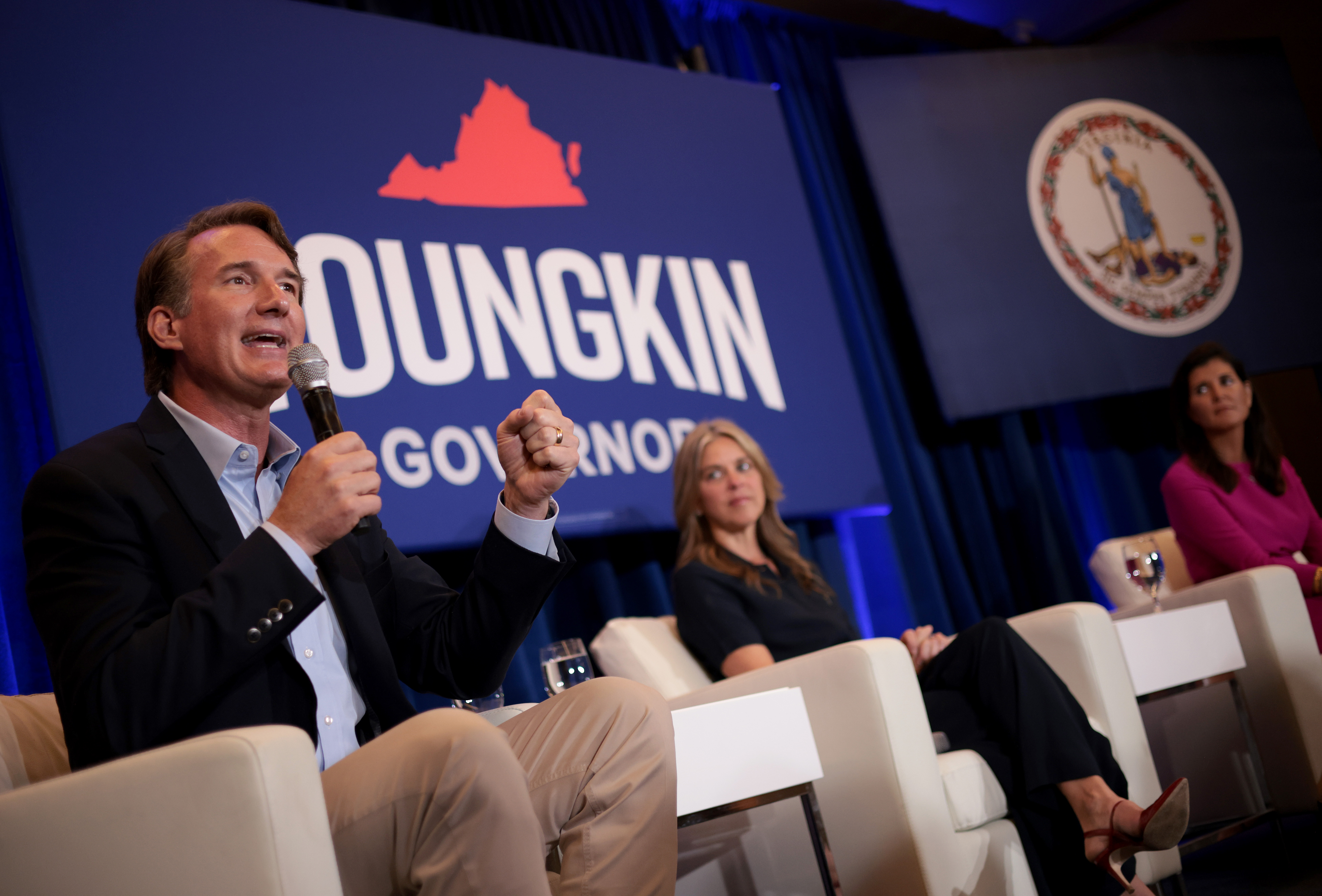 Youngkin’s caution on abortion matches that of his opponent: McAuliffe is heading into the gubernatorial election without defining a single restriction on abortion that he supports, and his reticence allows Youngkin to suggest that McAuliffe supports abortion “all the way up through and including birth,” drawing on Democratic Virginia Gov. Ralph Northam’s 2019 comments on infanticide.

“Are there any boundaries that you could see for restrictions on any kind of abortion?” McAuliffe was asked during an early September interview with the local outlet WVTF.

McAuliffe responded with his oft-repeated assurance that he “will be a brick wall to protect women’s individual rights” without naming a single abortion restriction that he would support.

The Democratic gubernatorial candidate has also accused Youngkin of hiding his abortion stances for fear of losing independent voters, referring to a video clip published by the American Independent in July in which Youngkin promised a voter that he will not “go squishy” on her, emphasizing he is “staunchly pro-life,” but said that he cannot go “on offense” against the abortion industry yet.

“I’m going to be really honest with you,” Youngkin said. “The short answer is in this campaign, I can’t. When I’m governor and I have a majority in the House we can start going on offense. But as a campaign topic, sadly, that in fact won’t win my independent votes that I have to get.

“So you’ll never hear me support Planned Parenthood, what you’ll hear me talk about is actually taking back the radical abortion policies that Virginians don’t want,” Youngkin said. (RELATED: Virginia Governor Asked About Abortion Until Birth. He Floats Infanticide)

“This deceptively recorded audio demonstrates that Glenn Youngkin says the same thing no matter who he is talking to, unlike Terry McAuliffe who knowingly makes false allegations and decides what to say based on whatever poll is in front of him,” Youngkin spokesman Matt Wolking told the DCNF in July.