The state argued that the vaccination requirements are unconstitutional because the federal government hasn’t announced similar requirements for migrants crossing the southern border, according to its complaint filed in the U.S. District Court of Arizona. Republican Attorney General Mark Brnovich said the Biden administration’s policies reflected an “unmistakable” favoritism in favor of illegal immigrants over American citizens.

“The federal government cannot force people to get the COVID-1a9 vaccine. The Biden Administration is once again flouting our laws and precedents to push their radical agenda,” Brnovich said in a statement. “There can be no serious or scientific discussion about containing the spread of COVID-19 that doesn’t begin at our southern border.”

“Under our Constitution, the President is not a king who can exercise this sort of unbridled power unilaterally,” the attorney general wrote in the complaint. “And even George III wouldn’t have dreamed that he could enact such sweeping policies by royal decree alone.”

Arizona’s lawsuit is the first of its kind challenging the recently-announced vaccination rules. (RELATED: ‘See You In Court’: Republican States Say They Are Reviewing All Legal Options On Biden Vaccine Mandate) 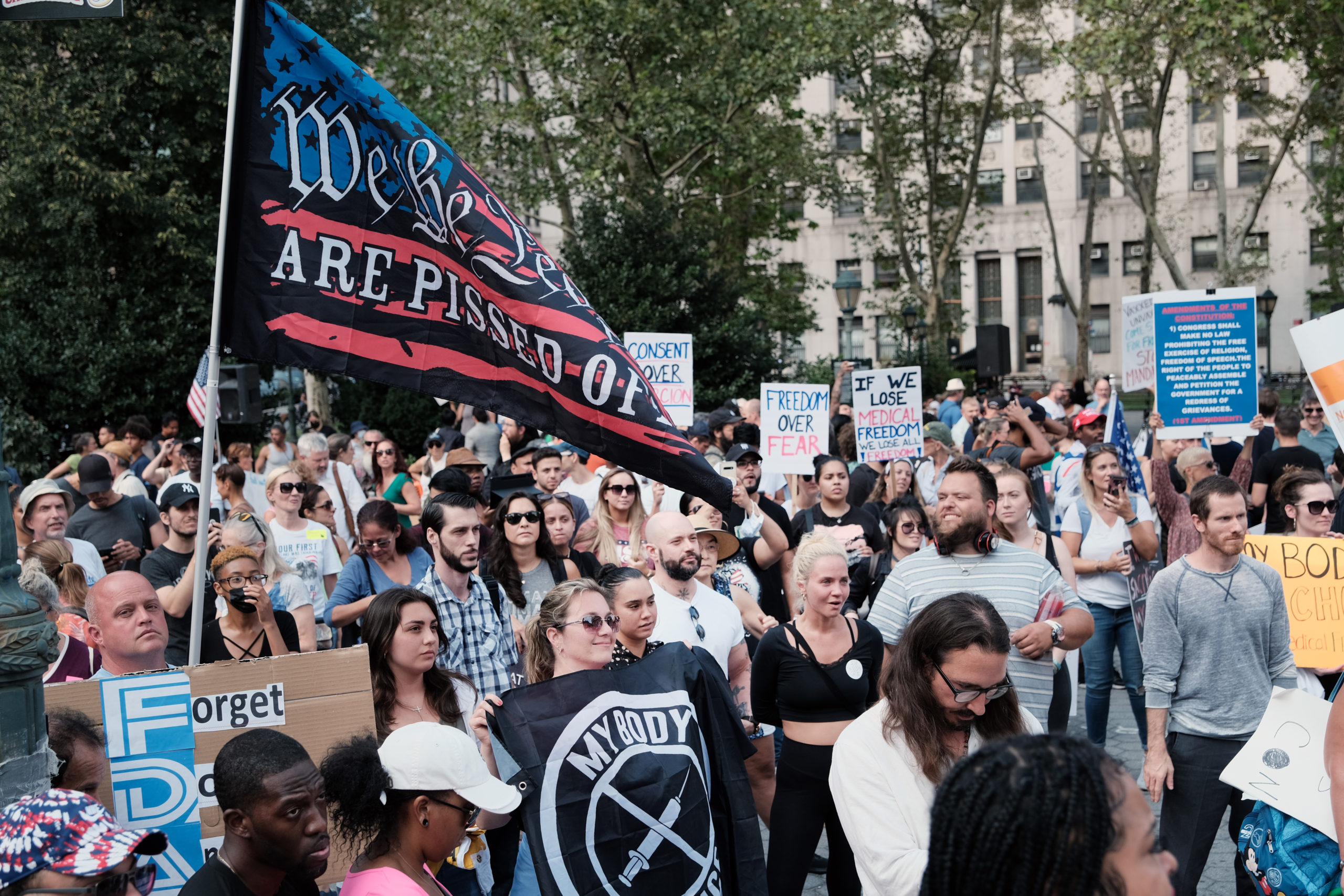 People participate in a rally and march against COVID-19 vaccine mandates on Monday in New York City. (Spencer Platt/Getty Images)

On Thursday, President Joe Biden introduced a series of new measures that he said would curb the increasing number of coronavirus cases nationwide. The president notably ordered the Department of Labor to develop a rule mandating “all employers with 100 or more employees to ensure their workforce is fully vaccinated or require any workers who remain unvaccinated to produce a negative test result on at least a weekly basis.”

“Biden’s historic overreach on vaccine mandates will not stand in Missouri,” Missouri Attorney General Eric Schmitt tweeted. “We’re at a crossroads in America — who we are and what we’re going to be. We must fight back.”

The vaccine mandate announcement has also been met with protests. The mandate was applauded by big business interest groups, but criticized by small business organizations.

Biden and several other senior administration officials are listed as defendants in the complaint.