Grobey removed the American flag as a protest against her school district’s ban of  “political imagery” in classrooms, which includes LGBT and Black Lives Matter symbols, according to Fox News. Grobey also said the American flag was “the most political symbol there is,” and seemed to question if it should be banned as well, Fox News reported.

“I know my kids, and I know what’s best for them and what to do to help them feel comfortable. I took the American flag down in my classroom because that’s the most political symbol there is. When I see Trevor DeHart sitting there at those board meetings with that giant American flag behind him, it’s terrifying. That symbol doesn’t stand for freedom or justice or equality anymore. It stands for violence and menace and intolerance, and I will not fly that in my room,” Grobey said, according to The Newberg Graphic. 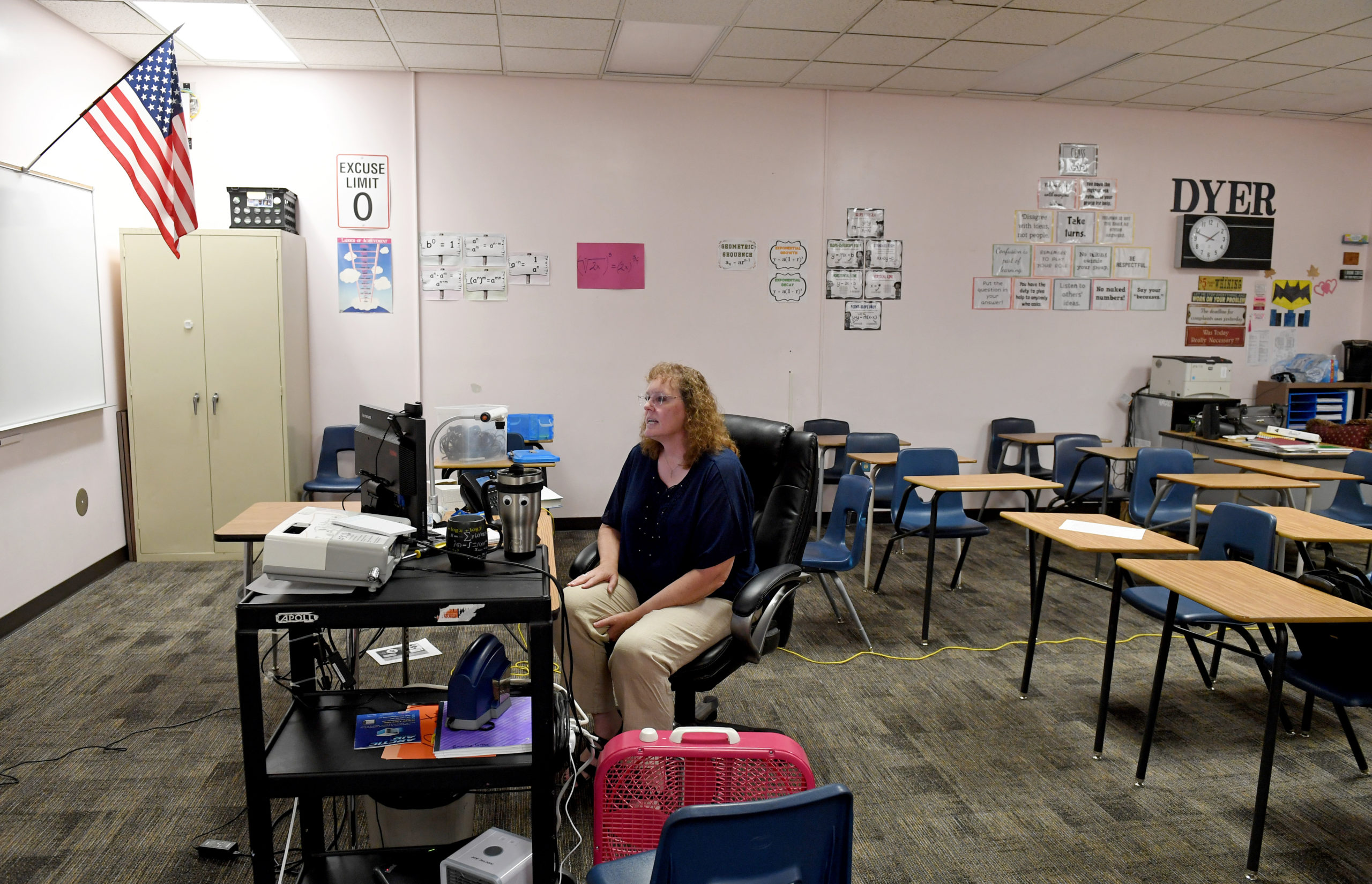 LAS VEGAS, NEVADA – AUGUST 24: Dana Dyer teaches an online seventh-grade algebra class from her empty classroom at Walter Johnson Junior High School on the first day of distance learning for the Clark County School District amid the spread of the coronavirus (COVID-19) on August 24, 2020 in Las Vegas, Nevada. (Photo by Ethan Miller/Getty Images)

Grobey also questioned if government classes are political, and argued that there could be no “civil discourse” on “anything” under this new rule, according to The Newberg Graphic. “You throw in this other thing where Big Brother wants to control what we support or what we talk about. Are we going to cancel government classes? That is deeply political. What does civics mean? We can’t have civil discourse on anything under this policy language, and it’s frankly ridiculous,” Grobey reportedly said. (RELATED: ANALYSIS: The Top-6 Wokest Teachers Exposed This Year)

A teacher in California was previously caught encouraging children to pledge allegiance to the pride flag instead of the American flag, as previously reported. Yet another California teacher was fired for attempting to turn his students into “revolutionaries.”