A warning by former national security officials about the dangers of regulating technology companies is in lockstep with arguments made by Big Tech chief executives, according to a report from an internet watchdog group.

A group of former intelligence community officials sent a letter Wednesday to House Speaker Nancy Pelosi and House Minority Leader Kevin McCarthy arguing against the passage of a series of antitrust bills advanced in the House Judiciary Committee in June. The warnings echo talking points made by groups lobbying for the tech industry and major tech firms themselves, according to a report by the Internet Accountability Project, a nonprofit conservative advocacy group focused on issues related to Big Tech.

The intelligence community officials argued the bills would make the U.S. less competitive with China and could even compromise America’s national security. (RELATED: How Can Antitrust Lawsuits Against Big Tech Succeed?)

“Congress risks undermining America’s key advantage vis-à-vis China by pursuing domestic legislation that threatens to impede U.S. companies and their ability to pursue such innovation,” the officials wrote. “We believe more deliberate analysis is needed to examine the detrimental impact these bills could have on our strategic competition with China.” 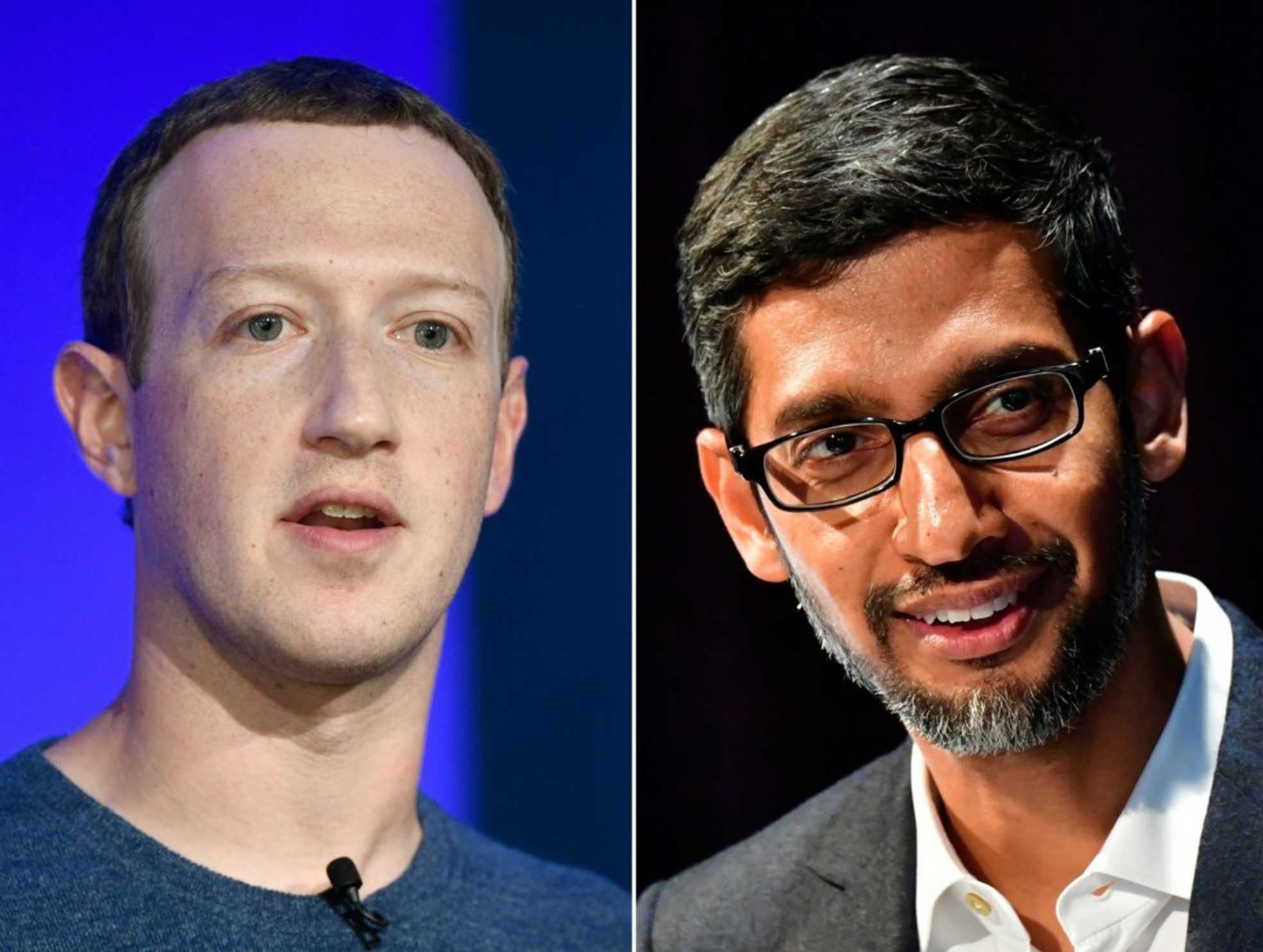 Facebook CEO Mark Zuckerberg has repeatedly invoked the threat of China in testimony before Congress arguing against regulation and antitrust enforcement, the IAP found.

In testimony before the Senate in 2018, Zuckerberg warned that regulating the development of innovative technologies should be avoided, “or else we’re going to fall behind Chinese competitors.”

“When I brought up the Chinese Internet companies, I think that that’s a real — a real strategic and competitive threat that, in American technology policy we should be thinking about,” Zuckerberg said. (RELATED: DOJ Prepares Second Antitrust Suit Against Google Over Digital Ads)

The tech executive repeated his warning in testimony before the House Judiciary Committee in 2020, arguing that antitrust laws should maintain market “openness” to preserve American companies’ competitiveness in the global market.

“China is building its own version of the internet focused on very different ideas, and they are exporting their vision to other countries,” Zuckerberg said. “There are plenty of other companies out there that are willing and able to take the place of the work that we’re doing,” he said in an interview with Vox.

Pichai argued in testimony before the House Judiciary Committee that lawmakers should be careful to preserve “America’s competitive technological edge in the world.”

“Our teams of engineers are helping America solidify its position as the global leader in emerging technologies like artificial intelligence, self-driving cars, and quantum computing,” Pichai said.

Former U.S. Senator Dan Coats testifies during his confirmation hearing before the Senate Select Intelligence Committee to be the next Director of National Intelligence in the Dirksen Senate Office Building on Capitol Hill February 28, 2017 in Washington, DC. (Photo by Chip Somodevilla/Getty Images)

The CCIA sent a letter to the chairs of the House Judiciary Committee over the antitrust bills in June, arguing the legislation would have “long-lasting impacts” on “the U.S. as a leader of innovation worldwide.”

“We request that the Judiciary Committee refrain from holding a markup on these bills until after it holds legislative hearings on each bill to ensure that academics, experts, and the general public are provided with an opportunity to provide comment and analysis on these bills,” CCIA Vice President of Public Policy Arthur Sidney wrote.

The IAP argued the close relationships many of the national security officials have with Big Tech could explain the similar arguments, pointing out numerous financial ties it found between several of the officials and several major tech companies. (RELATED: Apple Engaged In ‘Anticompetitive Conduct,’ Court Rules In Antitrust Lawsuit)

“There are many DC policy wonks who rely on the Big Tech platforms financially.” Mike Davis, IAP president and founder, told the DCNF. “They don’t want to bite the hand that feeds them.”

Dan Coats, one of the signatories of the letter and a former director of National Intelligence, serves as a senior policy adviser for law firm King & Spalding. The firm represented Google, one of its clients, before the House Subcommittee on Antitrust, Commercial and Administrative law during its investigation of major tech companies in 2020.

Susan M. Gordon, another signatory and former principal deputy director of National Intelligence, serves as a consultant for the Center for a New American Security, a think tank funded by Google and Amazon.

Several other signatories work for think tanks and strategy firms that receive funding from major tech companies, the IAP found.