The criticism has stemmed from Duncan’s repeated, factual insistence that the 2020 election was not rigged, and that Republicans would be far better off focusing on how to win future elections than harping on recent defeats. In a phone interview with the Daily Caller News Foundation, Duncan outlined not only why the GOP must move on to win in the months ahead, but how doing so may restore the lack of trust in elections themselves.

“Inside our party, we have a culture problem where it’s okay to be a sore loser instead of being a smart loser,” Duncan said. “If we walk into every GOP meeting that’s at a diner on Saturday mornings and we try to figure out how to unpack policy, empathy and tone to the people we’re trying to get to vote for us, the [lack of trust] will start to correct itself, because we’ll start winning again.”

Duncan, whose framework is outlined in his book “GOP 2.0: How the 2020 Election Can Lead to a Better Way Forward For America’s Conservative Party,” argued that his plan, despite its seemingly aspirational nature, was not actually that far out of reach. He pointed out that President Joe Biden’s victory in Georgia was incredibly narrow —  fewer than 12,000 votes — and that Democrats won its two Senate seats in part because claims that the election was rigged dissuaded enough in the Republican base from voting. (RELATED: Trump Waged An All Out War Against Georgia Republicans Ahead Of The Runoffs, But Said Almost Nothing About Ossoff And Warnock) 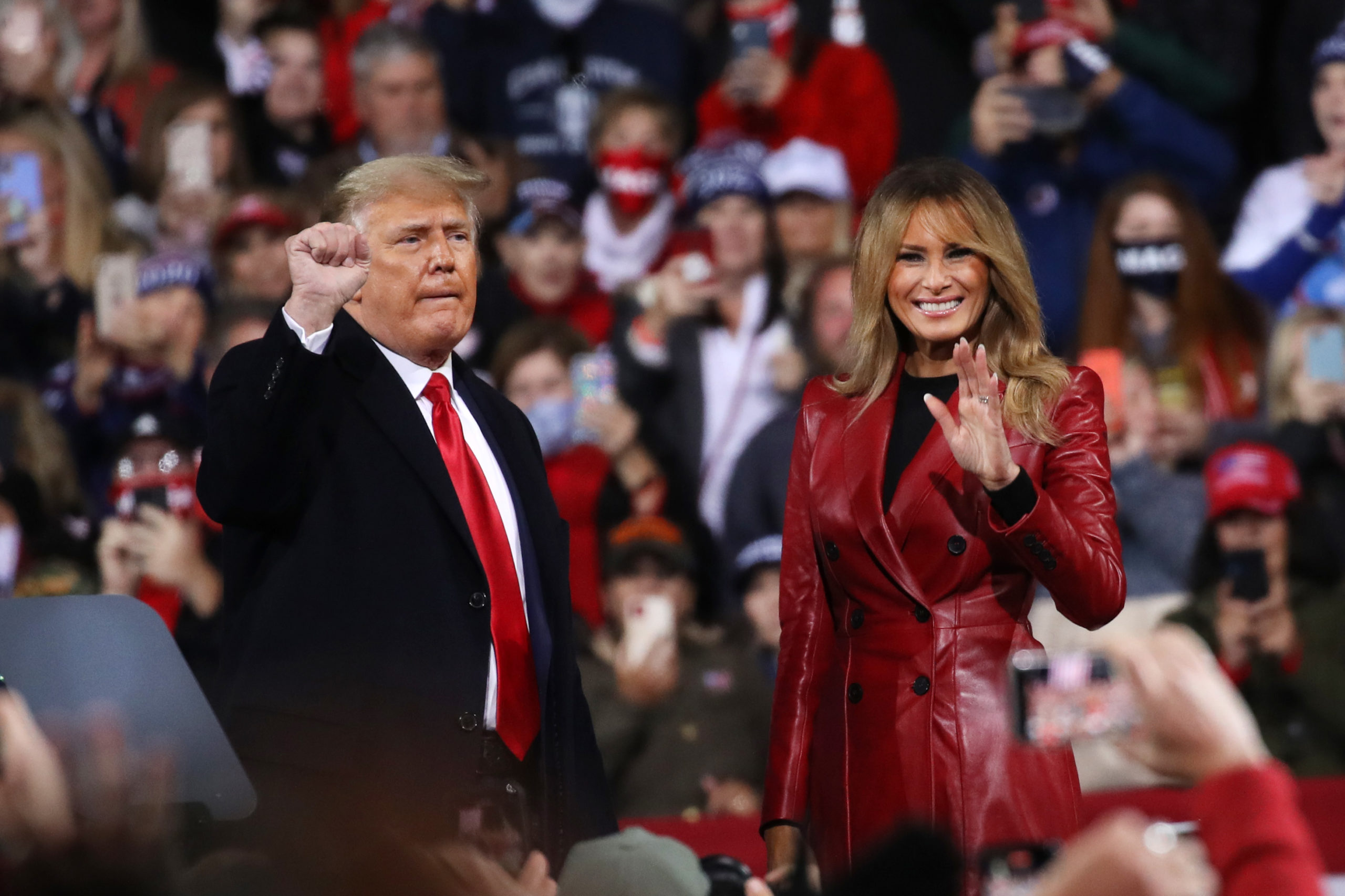 Former President and Melania Trump attend a rally in Georgia ahead of the twin Senate runoffs, which gave Democrats control of the chamber. (Spencer Platt/Getty Images)

“We’re having to learn here in Georgia what I hope the rest of the country doesn’t have to learn,” Duncan said. “We’re hemorrhaging voters,” Duncan said, who are with Republicans on the vast majority of issues. “Folks are jumping ship because they’re not with us on our tone.”

“At the end of the day there’s not really that much separation between the former president and anybody else that’s inside the Republican party as far as policies. It’s how we deliver those policies that matters,” he added.

Duncan did say that he thought the election reform bills passed in a number of Republican states would help restore confidence in future contests, but noted that the one passed in Georgia — the first state to do so — was not a total remedy for restoring faith in elections.

“The process really did work. There were a number of bipartisan ideas that came to the surface during the 10 weeks that really rose up to the top and were included in the final legislation,” Duncan said, adding that while the legislation, which limits mail-in voting, eliminates most ballot drop boxes and sets statewide early voting standards, was “not a perfect bill,” the only Republican who seemed upset by it was Trump himself, and for one central reason.

“Nothing that we changed here in Georgia would have changed the outcome of the previous election, and I think that’s an important message every Republican has got to carry [forward,]” Duncan said. “Stop trying to relitigate a former election. It’s not going to help us win the next one.” (RELATED: Trump Reportedly Told Georgia Secretary Of State ‘To Find’ Votes In Recorded Phone Call) 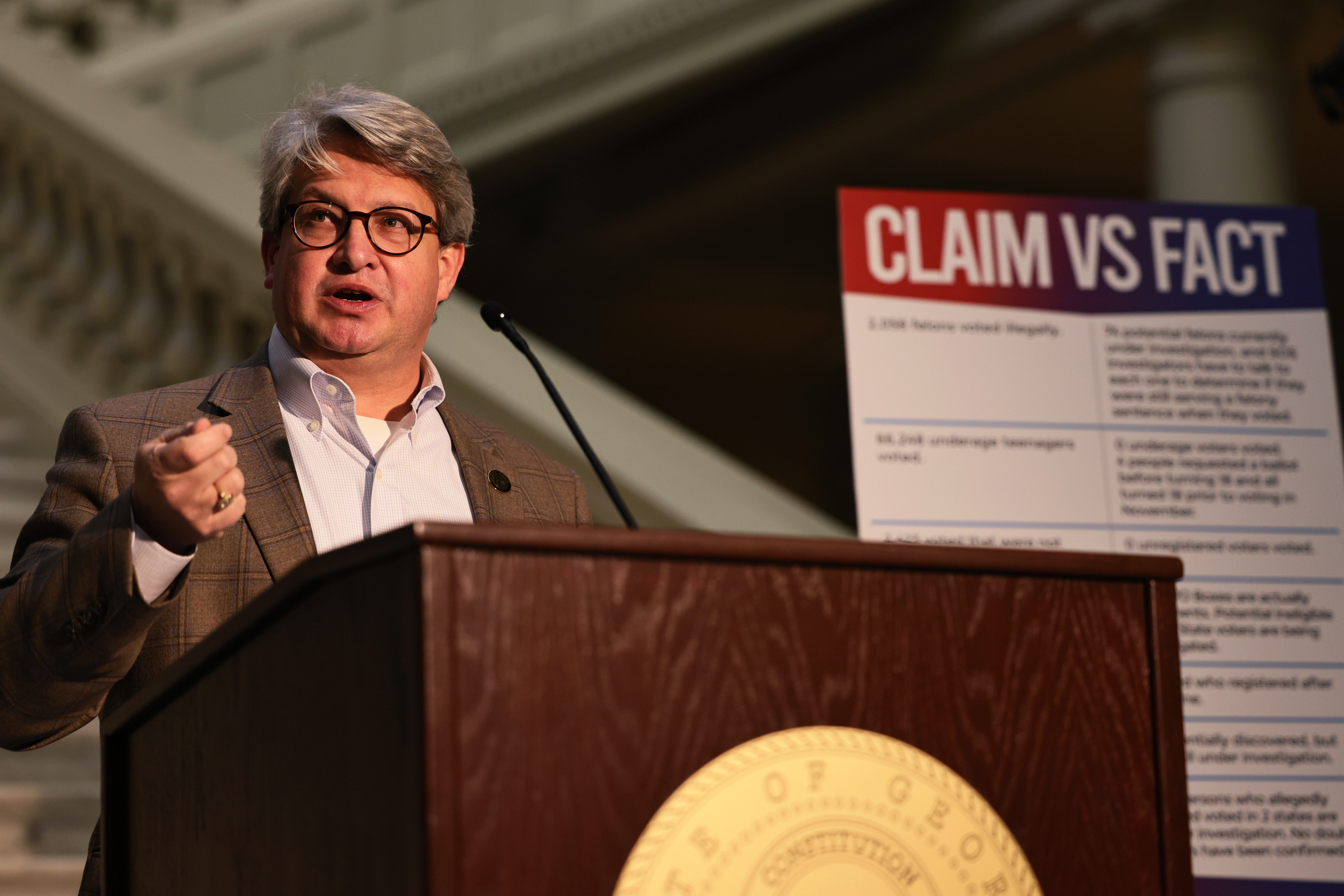 Gabriel Sterling, Georgia’s Voting System Implementation manager, during one of many press conferences explaining how the 2020 election was not rigged. (Michael M. Santiago/Getty Images)

His call to admit defeat and regroup for the future is not only why he has come under attack from Trump and his allies, who repeatedly tried to overturn Georgia’s results, but what he argues is imperative for Republicans to do if they want to win 2022, 2024 and beyond.

“It’s a concern that we continue to have the conversation within Republican circles publicly about a rigged election,” Duncan said, calling out the former president by name. “But at the end of the day, the only way we win the next election is by actually focusing on the next election and putting our best foot forward. We’ve got to take the things we do really, really well, remind the voters of it, and improve where we need to improve.”

Duncan’s objective has met strong resistance from his own party. In Georgia alone, Trump allies who have endorsed his voter fraud claims are seeking to oust Gov. Brian Kemp and Secretary of State Brad Raffensperger, both Republicans, after they insisted that no widespread fraud occurred.

Trump, meanwhile, turned on Duncan the minute he acknowledged the election results. He called him a “RINO Never Trumper” who was “too dumb or corrupt to recognize the massive evidence of fraud,” and called for him to be replaced. When Duncan announced that he would not run for a second term in May, Trump celebrated that, too, saying that it was “Good for Georgia” and calling his victory in 2018 an “accident.”

Across Congress, Republicans who have said the same have drawn primary challengers or, in the case of Wyoming Rep. Liz Cheney, removed from their leadership posts, while Trump has verbally attacked even more himself. And while Duncan’s colleagues face a real possibility of being ousted by members of their own party, his decision to forgo reelection was made so that he could instead focus his efforts on putting the GOP back on a path that he thinks will lead to success.

“I’m not running again because I’m 100% committed to healing and rebuilding this party,” he told the DCNF. “‘GOP 2.0’ is a better pathway forward for us. It’s a winnable strategy. We can’t be so tone deaf as to think we should just win the half, we gotta win the game.”