I’ll soon be wheels up on a plane bound for home after another successful trip to Las Vegas.

As many of you know, every single year, I fly out to Las Vegas to meet up with old friends and some family members.

I’ve been doing it for a few years, and I wasn’t about to let a second September of the coronavirus pandemic stop me from going in 2021. While I’ll spare you all of the details (due to who was in my group, I’ve been asked to not reveal the names of individuals involved), there are a few highlights I want to point out.

After spending nearly four days in Las Vegas, here are the major highlights. Let’s dive in.

Despite the fact I’m a very blue-collar man, I decided to pull a trigger on the penthouse at the Mirage. Why? I honestly have no clue. I’d be lying if I said it was well-planned. Much like Indiana Jones, I’m kind of making this up as I go along.

Expectations were high, and they didn’t disappoint. Turns out living in a penthouse is just as cool as you’d expect. There were some serious “Entourage” vibes to say the least.

Once again, you’re probably reading this absolutely stunned that a guy with so many working-class struggles decided to get a cabana. Again, it was something I’d never done before, but decided why the hell not, right?

After years of going to Vegas without even glancing at a pool, I decided it was time to check one out. If I’m going to do that, I might as well get a cabana.

Seriously, how lucky is my girlfriend? pic.twitter.com/AbUWsrKy2i

Without a doubt, the cabana was the most fun I had all week. Shocking? Yeah, it shocked me too. However, there’s just something fun about crushing beers and margaritas while in a cabana.

Not only was the crew in a cabana, but we got one in a private pool with access to the rest of the area. Ten out of ten would recommend it.

3) Titanic exhibit at the Luxor

Every year in Vegas, I try to check out one museum or exhibit. I’ve done the Mob Museum a couple times, and it’s awesome. However, I learned about the Titanic exhibit at the Luxor, and immediately convinced the crew we had to go.

Folks, if you’re ever in Vegas and can see it, I can’t recommend it enough. It’s incredible. 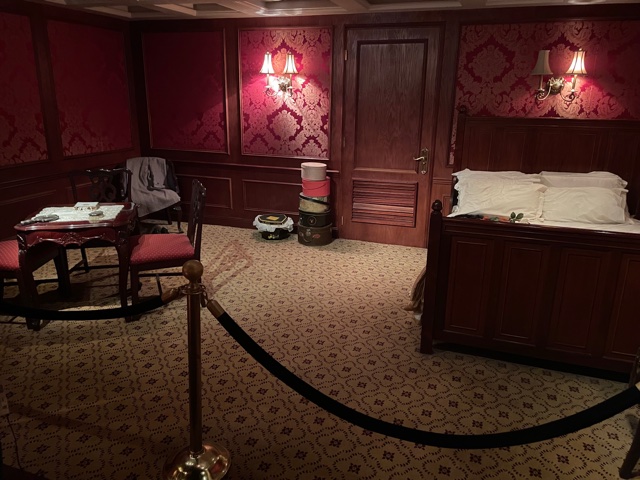 Not only does the exhibit contain artifacts and recreations from the doomed ship, but there’s an actual piece of the ship for people to see. 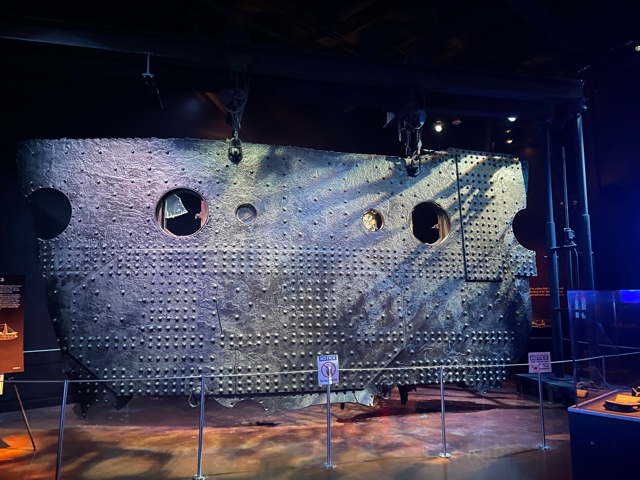 Another first time event for me in Vegas this time around was doing a steakhouse. In the past, we’d always had plans but things never went according to plan. Schedules got busy and we never made our way to one.

This year, we decided there was no excuse. After some research, we settled on Bugsy & Meyer’s Steakhouse at the Flamingo.

Now, I’m far from a steakhouse expert. In fact, I know very little. However, even an amateur like myself really liked it. It was a gamble, but it paid off. 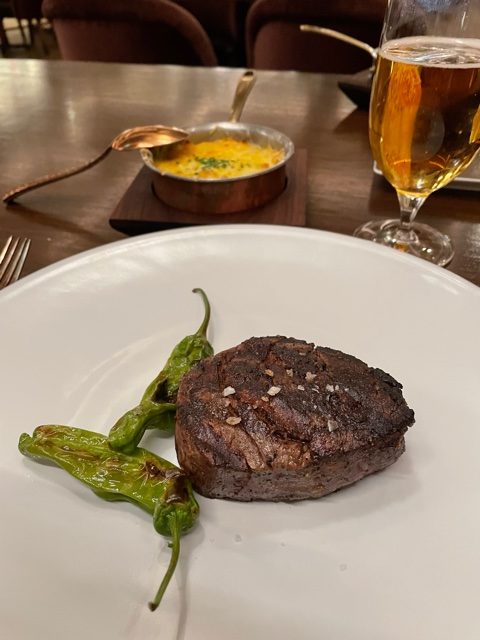 For those of you who haven’t already seen some of my videos from Gatsby’s Cocktail Lounge, you can check them out below.

Resorts World is the newest mega-resort in town, and the hype around it is borderline deafening. Yet, somehow it answers the call.

I went to @ResortsWorldLV to try the Gatsby’s Cocktail Lounge and Redtail.

This thread consists of my totally honest thoughts.

Let’s start with the Champagne Bubble Bath, which is a secret menu item. pic.twitter.com/Yf00Jhv7i2

All the way around, this was the least wild Vegas trip I’ve ever taken, and it was also the most fun. I guess things change a bit with penthouses and cabanas compared to your traditional party settings.

See you next year, Vegas! Don’t change too much.

P.S.: I learned on this trip that if you win enough money, security will escort you around anywhere you want while it’s on you. The more you know!