The Food and Drug Administration assured the Daily Caller News Foundation Friday that it has not entered into any contracts “for the purchase of human fetal tissue” since 2018.

“I’ve been doing this for 23 years. These documents we’ve gotten from the FDA and our other lawsuit…they are the worst things I’ve ever seen,” Judicial Watch President Tom Fitton told the Daily Caller News Foundation Friday. “The most troubling documents I’ve ever seen.”

In a Friday statement to the DCNF, the FDA did not deny purchasing the unborn baby body parts and downplayed its use of human fetal tissue, saying it was only used in situations “critical to understanding the safety of drugs and vaccines and in which it couldn’t be feasibly achieved through another means.”

“Since 2018, the FDA has not entered into any contracts for the purchase of human fetal tissue,” the FDA told the DCNF, adding that “prior research involving human fetal tissue accounted for a very small fraction of the FDA’s total research.”

Judicial Watch obtained the communications, which span 2012 and 2013, through a 2019 Freedom of Information Act (FOIA) lawsuit against the Department of Health and Human Services (HHS). (RELATED: Planned Parenthood Employee Testified She Wanted To ‘Move Forward’ On Selling Fetal Livers For $750 Each)

The lawsuit asked for all communications and documentation between the FDA and the human fetal tissue provider Advanced Bioscience Resources (ABR) related to human fetal tissue intended for use in humanized mice research — a process in which researchers implant undeveloped human tissue cells into living mice.

A federal court then ordered HHS to release more information about aborted fetal tissue harvesting and said “there is reason to question” whether the transactions violate federal law, which bans the sale of fetal organs, according to Judicial Watch.

Fetal tissue has been used in a number of research projects looking for cures and treatments including Alzheimer’s, spinal cord injury, eye disease and HIV, but religious and pro-life advocates argue the practice is unethical since the fetal tissue comes from aborted babies. (RELATED: Is Fetal Tissue Research Vital To Medicine? Here’s What The Experts Say)

“So now the Biden FDA is defending chopping up the parts of unborn human beings to create vaccines,” Fitton said to the DCNF. “Is that their position?”

“What they don’t tell you,” he continued, “is that the funding was cut off under Trump. And it was announced earlier this year by the Biden administration that the spigot was going to be turned back on again.” 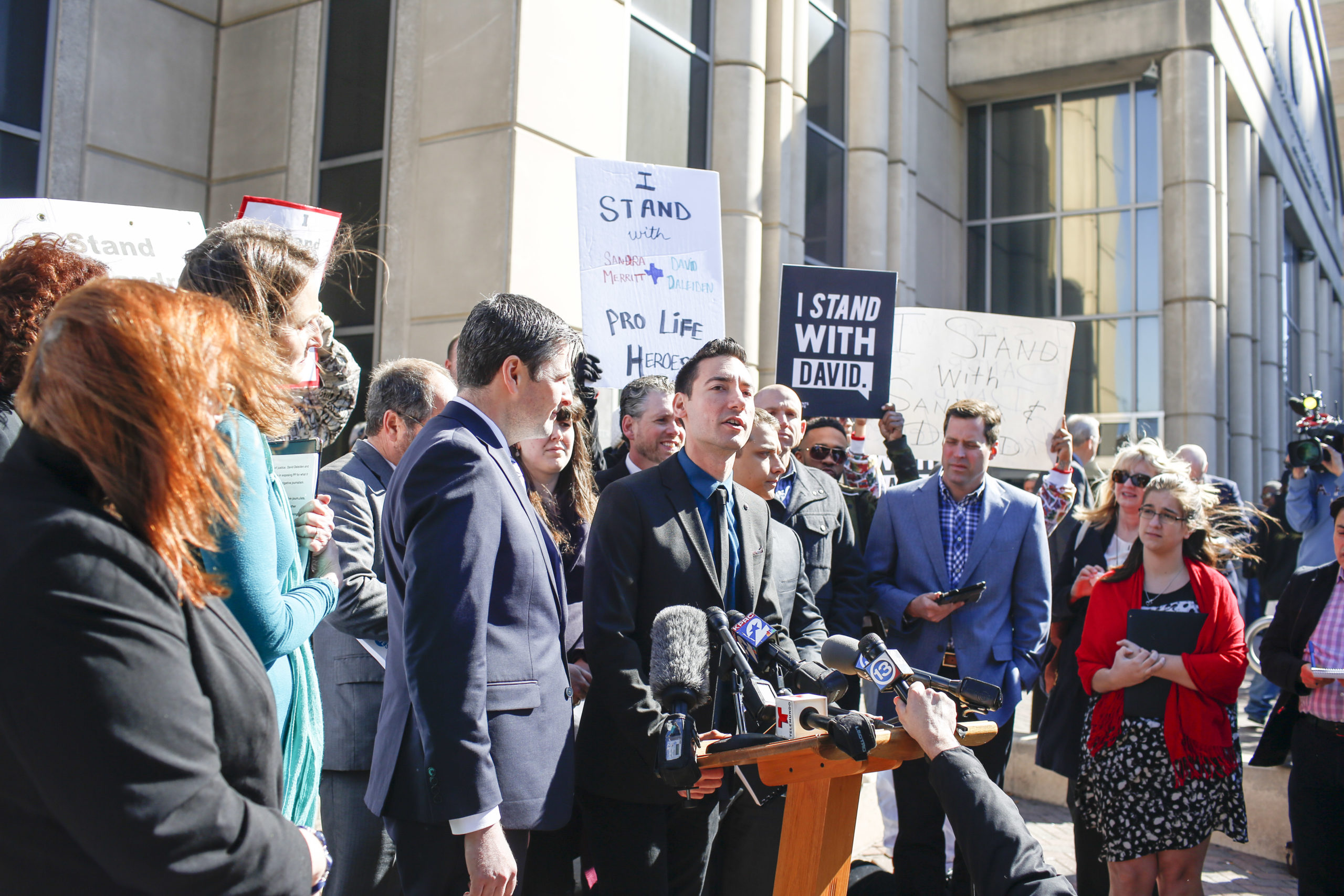 HOUSTON, TX – FEBRUARY 04: David Daleiden, a defendant in an indictment stemming from a Planned Parenthood video he helped produce, speaks to the media after appearing in court at the Harris County Courthouse on February 4, 2016 in Houston, Texas. (Photo by Eric Kayne/Getty Images)

“There are few Americans who would support chopping up the remains of unborn human beings for scientific research, using their organs, selling their heads for whatever Frankenstein experiments, the FDA and their researchers want to cook up,” Fitton said told the DCNF. “It’s barbarism. There should be a criminal investigation to figure out whether the laws against profiteering for fetal organ trafficking were violated as a court suggested they may have been.”

The Planned Parenthood Federation of America has repeatedly defended itself from accusations that it sells fetal tissue. The organization publicly acknowledged that they were paid for fetal tissue but said that they were only reimbursed for costs, then subsequently said they would no longer accept even reimbursements.

Pro-life activists like David Daleiden have previously noted that some unborn babies may have cardiac activity when their organs are harvested, suggesting the babies may have still been alive. The FDA did not immediately address a request for comment on this point.