Joint Chiefs of Staff Chairman Gen. Mark Milley addressed Friday the allegedly secret phone calls he made to China at the end of former President Donald Trump’s time in office, declaring them to be “perfectly within” his “duties and responsibilities.”

Milley made the comments to The Associated Press and a second reporter en route to Europe, the AP noted. This is Milley’s first time speaking publicly about the allegations, which were reported in the book “Peril” by Washington Post associate editor Bob Woodward and reporter Robert Costa.

“Peril” accuses Milley of placing two secret phone calls on Oct. 30, 2020, and Jan. 8 to assure Chinese Gen. Li Zuocheng of the People’s Liberation Army that America wouldn’t be issuing a military strike. The book also reports that Milley promised to warn China in the event of an incoming attack and alleged that the phone calls were kept from Trump.

After quickly defending the calls and claiming no wrongdoing occurred, Milley declined to speak further on the subject, the AP reported.

“I think it’s best that I reserve my comments on the record until I do that in front of the lawmakers who have the lawful responsibility to oversee the U.S. military,” Milley said. “I’ll go into any level of detail Congress wants to go into in a couple of weeks.”

Milley is set to testify before the Senate Armed Services Committee regarding the Afghanistan withdrawal Sept. 28. U.S. Defense Secretary Lloyd Austin is also scheduled to testify on the same day. (RELATED: ‘Extremely Dangerous Precedent’: Alexander Vindman Says Milley ‘Must Resign’ If He Skirted Chain Of Command) 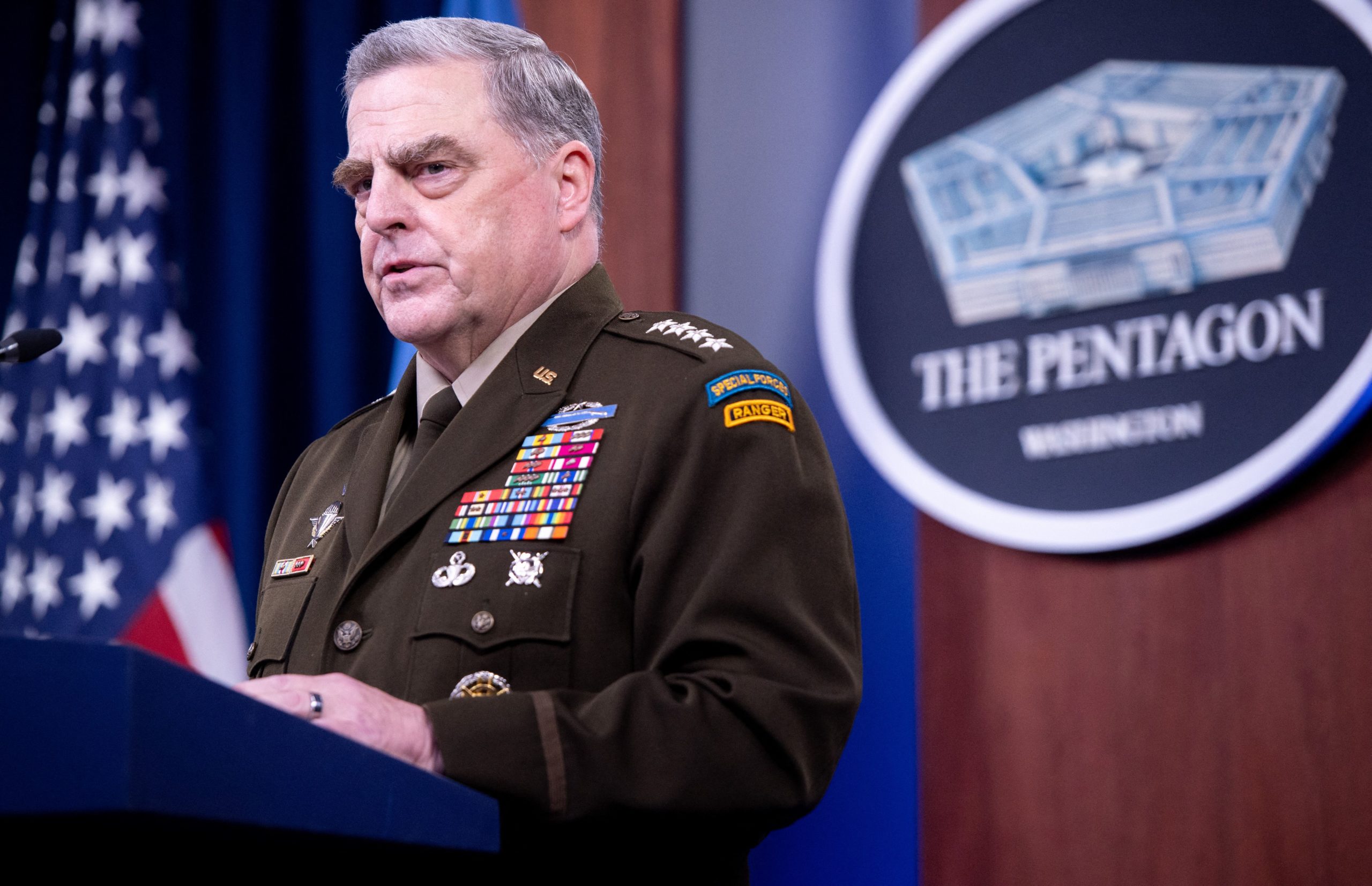 US Army General Mark Milley, Chairman of the Joint Chiefs of Staff, holds a press briefing about the US military drawdown in Afghanistan, at the Pentagon in Washington, DC September 1, 2021. – The Taliban’s victory lap, celebrating the final withdrawal of US troops, follows the group’s astonishing two-week takeover that capped a simmering 20-year insurgency. (Photo by SAUL LOEB / AFP) (Photo by SAUL LOEB/AFP via Getty Images)

The top U.S. official will now likely face questions from the committee on the phone calls with China.

President Joe Biden and the White House as a whole have repeatedly expressed confidence in Milley, even after the revelations from the book. Biden said he has “great confidence in Gen. Milley” Wednesday and White House press secretary Jen Psaki has echoed the same sentiment during the week’s press briefings.

“What I can assure you all of is that the president knows Gen. Milley,” Psaki said Wednesday. “He has been Chairman of the Joint Chiefs for almost eight months of his presidency. They’ve worked side-by-side through a range of international events. The president has complete confidence in his leadership, his patriotism, and his fidelity to our constitution.”

“There has been widespread reporting and commentary from members of his own cabinet, the former president’s cabinet, including high-ranking national security officials, questioning the former president’s stability, his behavior, and his suitability to oversee the national security of the United States. So those are important questions that need to be discussed as well,” Psaki also noted, trying to bring the spotlight back onto Trump’s final days in office.

A spokesperson for Milley addressed the allegations in the book Wednesday, issuing a lengthy statement suggesting his actions are standard.

“The Chairman of the Joint Chiefs regularly communicates with Chiefs of Defense across the world, including with China and Russia,” Milley spokesman Col. Dave Butler said. “These conversations remain vital to improving mutual understanding of U.S. national security interests, reducing tensions, providing clarity and avoiding unintended consequences or conflict.”

“His calls with the Chinese and others in October and January were in keeping with these duties and responsibilities conveying reassurance in order to maintain strategic stability. All calls from the Chairman to his counterparts, including those reported, are staffed, coordinated and communicated with the Department of Defense and the interagency,” Butler continued.