Border officials reportedly said that over 9,000 migrants, mostly from Haiti, were waiting to be processed under the Del Rio International Bridge, according to the Times. A few hundred migrants crossed the shallow section of the Rio Grande River to the temporary site earlier this week, and officials reportedly expect thousands more to show up over the next few days.

More Border Patrol agents will be deployed to the area “to immediately address the current level of migrant encounters and to facilitate a safe, humane and orderly process,” the agency said, the Times reported. Migrants are told to wait under the bridge to get out of the hot Texas sun in an effort to stem heat-related illness before they’re taken into custody. 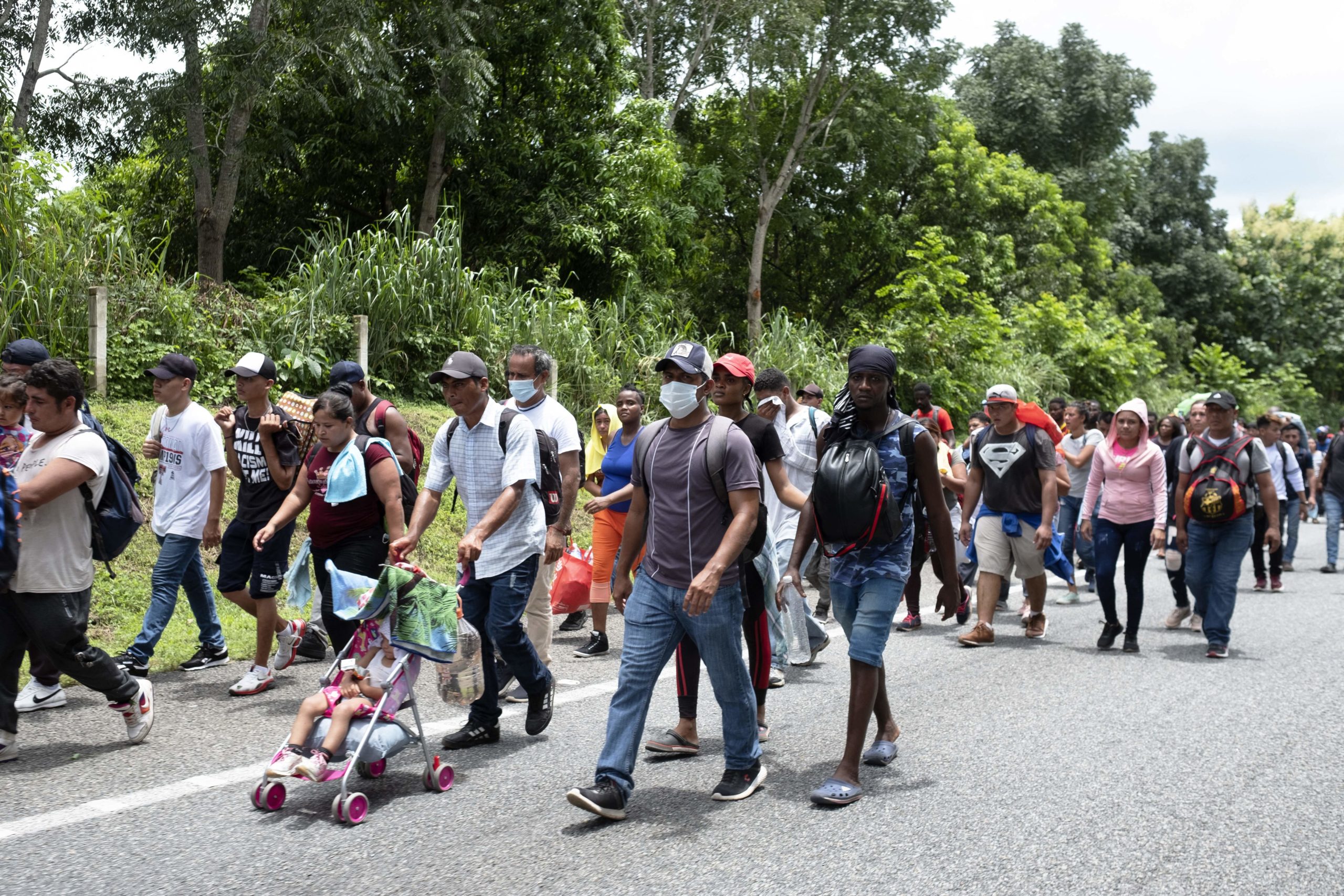 Central American and Haitian migrants are seen heading in a caravan to the US, in Tapachula, Chiapas State, Mexico, on September 4, 2021. (Photo by JACKY MUNIELLO/AFP via Getty Images)

The migrants sleep on the dirt floor underneath the bridge in overcrowded conditions, as temperatures sometimes reach triple-digits, according to the Times. Local and state officials, including Republican Gov. Greg Abbott of Texas, have criticized the conditions.

“The Biden administration is in complete disarray and is handling the border crisis as badly as the evacuation from Afghanistan,” Abbott said, the Times reported. Abbott deployed Texas’ National Guard and other state law enforcement officials to help federal officials at the border.

The migrants don’t have access to clean water or food, and portable bathrooms are few and far between beneath the bridge, Del Rio Mayor Bruno Lozano said, the Times reported. (RELATED: Video Shows Hundreds Of Migrants Swarm Through Border Gates, Immediately Apprehended)

“There are 9,000 people really anxious and stressed,” Lozano said, according to the Times. Lozano asked federal officials to assist the small town of just 35,000 residents for help processing the migrants.

Haitian migrants increasingly arrived at the border around June, after a series of earthquakes and a presidential assassination shook the country, the Times reported.

Border officials encountered nearly 209,000 migrants at the southern border in August, including around 32,300 people in the Del Rio sector, according to Customs and Border Protection data.