Republicans on the House Oversight and Government Reform Committee are demanding the full transcripts of two phone calls held by Chairman of the Joint Chiefs of Staff Gen. Mark Milley and chief of the Joint Staff Department of the Chinese Central Military Commission Gen. Li Zhuocheng.

During the calls, first made public by Bob Woodward and Robert Costa of The Washington Post, Milley reportedly promised Li that the U.S. would not strike China and that Milley would warn Li if they did. The calls were reportedly conducted Oct. 30, 2020 and Jan. 8, 2021.

“These calls raise serious national security concerns implicating the ability of the U.S. to effectively counter threats posed by China,” the Republicans wrote to Secretary of Defense Lloyd Austin, in a letter obtained exclusively by the Daily Caller. “They also call into question Gen. Milley’s conduct with respect to the military chain of command and his respect for and compliance with the paramount principle of civilian control over the military.”

In addition to the transcripts, the Republicans are requesting “a list of all participants in the telephone calls” and “any notes taken in preparation or contemporaneous” with the calls by Oct. 1.

Republicans have been uniformly critical of the calls, which some have described as treasonous. A group of 27 GOP representatives requested a 15-6 investigation into Milley, which would allow the Pentagon to appoint an investigating officer to gather information about the calls. (RELATED: ‘Extremely Dangerous Precedent’: Alexander Vindman Says Milley ‘Must Resign’ If He Skirted Chain Of Demand)

That option is unlikely, since President Joe Biden has declared that he has “great confidence” in Milley.

“The president has complete confidence in his leadership, his patriotism, and his fidelity to our constitution,” White House press secretary Jen Psaki said Wednesday, adding that then-President Donald Trump’s “stability… behavior… and… suitability to oversee the national security of the United States,” should also be discussed when questioning Milley’s actions.

For his part, Milley has denied wrongdoing, describing the comments as “perfectly within” his “duties and responsibilities.”

“The Chairman of the Joint Chiefs regularly communicates with Chiefs of Defense across the world, including with China and Russia,” Col. Dave Butler, a spokesman for the Joint Staff, said Wednesday. “These conversations remain vital to improving mutual understanding of U.S. national security interests, reducing tensions, providing clarity and avoiding unintended consequences or conflict.” 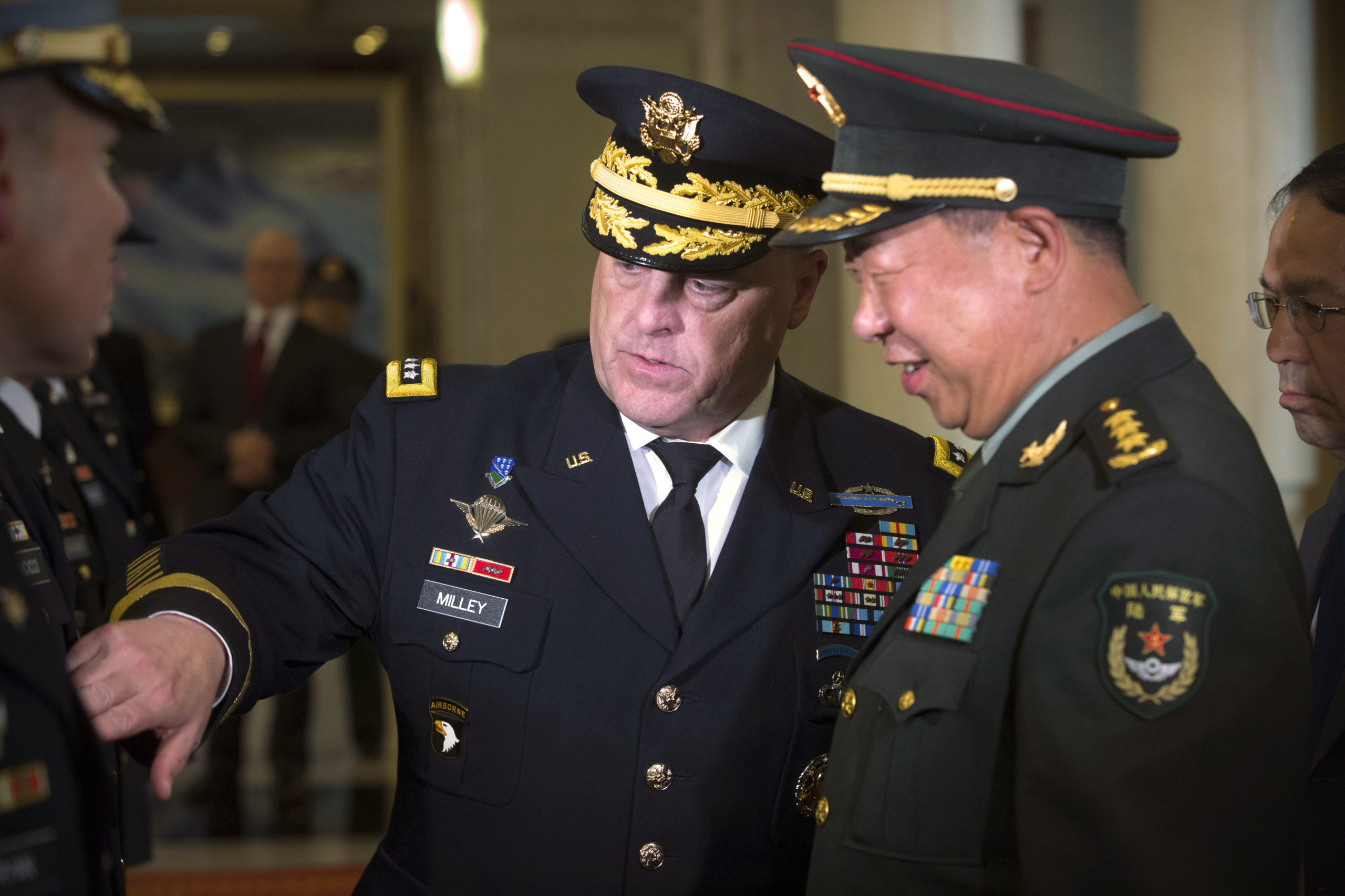 The Washington Post’s Josh Rogin reported Thursday that Milley’s October call was at the behest of then-Defense Secretary Mark Esper, in an effort to “send a reassuring message” and “cool tensions.”

The conflicting reports underscore the need for an investigation, Republican Florida Rep. Byron Donalds, who spearheaded the letter, told the Daily Caller.

“I stand united with my fellow Republican House Oversight Committee members in demanding transparency and accountability from the top brass in our Armed Forces following the disturbing allegation levied against Gen. Milley,” Donalds said. “This request for documents will ensure transparency and set the record straight. Did Gen. Milley commit treason, or didn’t he? The answer to this crucial question rests in those transcripts, and for the sake of our Constitutional Republic, it would behoove Secretary Lloyd Austin to release these documents promptly.”