About 300 people are contesting the seizure of their money and valuables by the FBI after the agency failed to produce evidence of criminal wrongdoing, the Los Angeles Times reported.

The FBI raided safe deposit boxes rented at the U.S. Private Vaults store at a strip mall in Beverly Hills, California, in March, the LA Times reported. The agency is attempting to confiscate $86 million in cash, in addition to other valuables, such as a stockpile of jewelry.

Federal agents claim criminals were storing loot in the deposit boxes, but have not produced evidence of wrongdoing for the vast majority of those who rented them, the LA Times reported. Prosecutors have thus far outlined 11 individuals with past criminal convictions or pending charges, out of the roughly 800 box holders, to justify the forfeitures.

“It was a complete violation of my privacy,” Joseph Ruiz, an unemployed chef and one of 66 box holders who have filed court claims saying the seizure was unconstitutional, told the LA Times. “They tried to discredit my character.”

The FBI claimed the $57,000 they took from Ruiz was too much for him to have accumulated from his income and that a dog had smelled unspecified drugs on his cash, the LA Times reported. The agency said there was “probable cause” the money came from drug trafficking.

Once Ruiz produced records showing his source for the money was legitimate, the FBI dropped the accusation and gave back his money, the LA Times reported.

“You actually don’t know anything until that currency is run through a lab,” Mary Cablk, a Nevada scientist and expert witness on drug dogs for both prosecutors and defense lawyers, told the LA Times. She added that a dog’s detection of drug residue “might be valid” and “might be complete bunk.”

U.S. Private Vaults was indicted in February for conspiring with unidentified customers to deal drugs, launder money and structure cash transactions to dodge government detection, the LA Times reported. No people were charged and the case has remained dormant since that point.

Prosecutors allege U.S. Private Vaults purposefully marketed itself to criminals by emphasizing the ability of customers to rent the deposit boxes anonymously, according to 15 lawsuits and other claims filed by the renters, the LA Times reported. 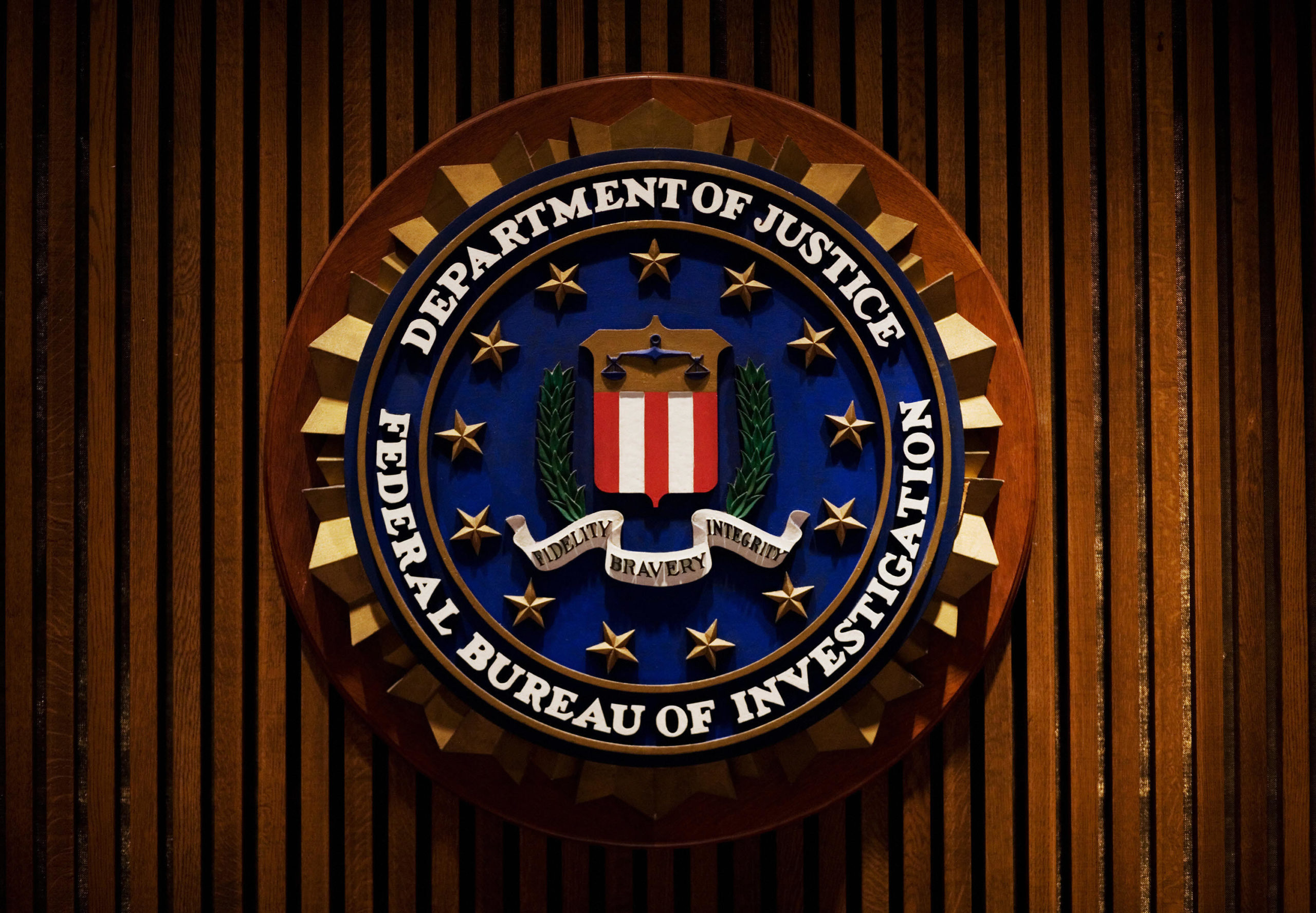 A crest of the Federal Bureau of Investigation is seen 03 August 2007 inside the J. Edgar Hoover FBI Building in Washington, DC. (Photo by MANDEL NGAN/AFP via Getty Images)

The owner of the business, Michael Poliak, is also alleged to have admitted to making money from healthcare fraud and illegal marijuana sales, a U.S. postal inspector claimed in court papers, the LA Times reported.

Some of the lawyers representing the box holders argue the government is attempting a “money grab” to obtain large sums for the Justice Department, including Benjamin Gluck, the LA Times reported.

Gluck told the LA Times the forfeiture complaint filed Monday against two brothers from Woodland Hills was “an appalling and unconstitutional abuse of power.” The only evidence cited by the complaint was that one of the brothers had allegedly “been in contact with” suspected armed robbers of cellular phone stores.

Thom Mrozek, a spokesman for the U.S. attorney’s office, told the LA Times that dog alerts on cash were “strong evidence” of drug crimes, but added they were “not the only factor contributing to probable cause.”

He added that Ruiz was never charged with a crime, but found “probable cause to believe that the funds in his box were linked to drug trafficking.” (RELATED: FBI Releases Newly Declassified Document On 9/11 Saudi Link)

“The government’s theory is that having cash makes you a presumptive criminal, and I think every American should be worried about that,” Robert E. Johnson, a lawyer representing Ruiz and six other box holders in a class-action suit aiming to destroy all records documented from the search, told the LA Times.

“They pulled a bank heist in broad daylight,” Ruiz told the LA Times. “They didn’t even apologize.”