Arizona Democratic Sen. Kyrsten Sinema is reportedly opposed to her party’s proposed drug pricing reforms, joining multiple House Democrats who have already objected to it and creating another obstacle to the long-sought priority becoming law.

The reforms center around allowing Medicare to negotiate drug prices with pharmaceutical companies, potentially saving the program billions of dollars which could be used to expand dental, vision and hearing coverage. Sinema told the White House that she opposes both the House and Senate proposals, and she will not support a compromise plan pitched by House moderates that allows only certain drugs to be negotiated, Politico reported.

“As she committed, Kyrsten is working directly in good faith with her colleagues and President Biden on the proposed budget reconciliation package,” John LaBombard, a Sinema spokesperson, told Politico. “Given the size and scope of the proposal, while those discussions are ongoing we are not offering detailed comment on any one proposed piece of the package.”

Sinema is not the only Democrat on record opposing the reforms. In the House, Reps. Kurt Schrader, Kathleen Rice and Scott Peters voted against the provision, preventing it from advancing beyond the Energy and Commerce Committee. (RELATED: In Bid To Lower Drug Costs, Dems Prepare To Battle Big Pharma — And Some Of Their Own) 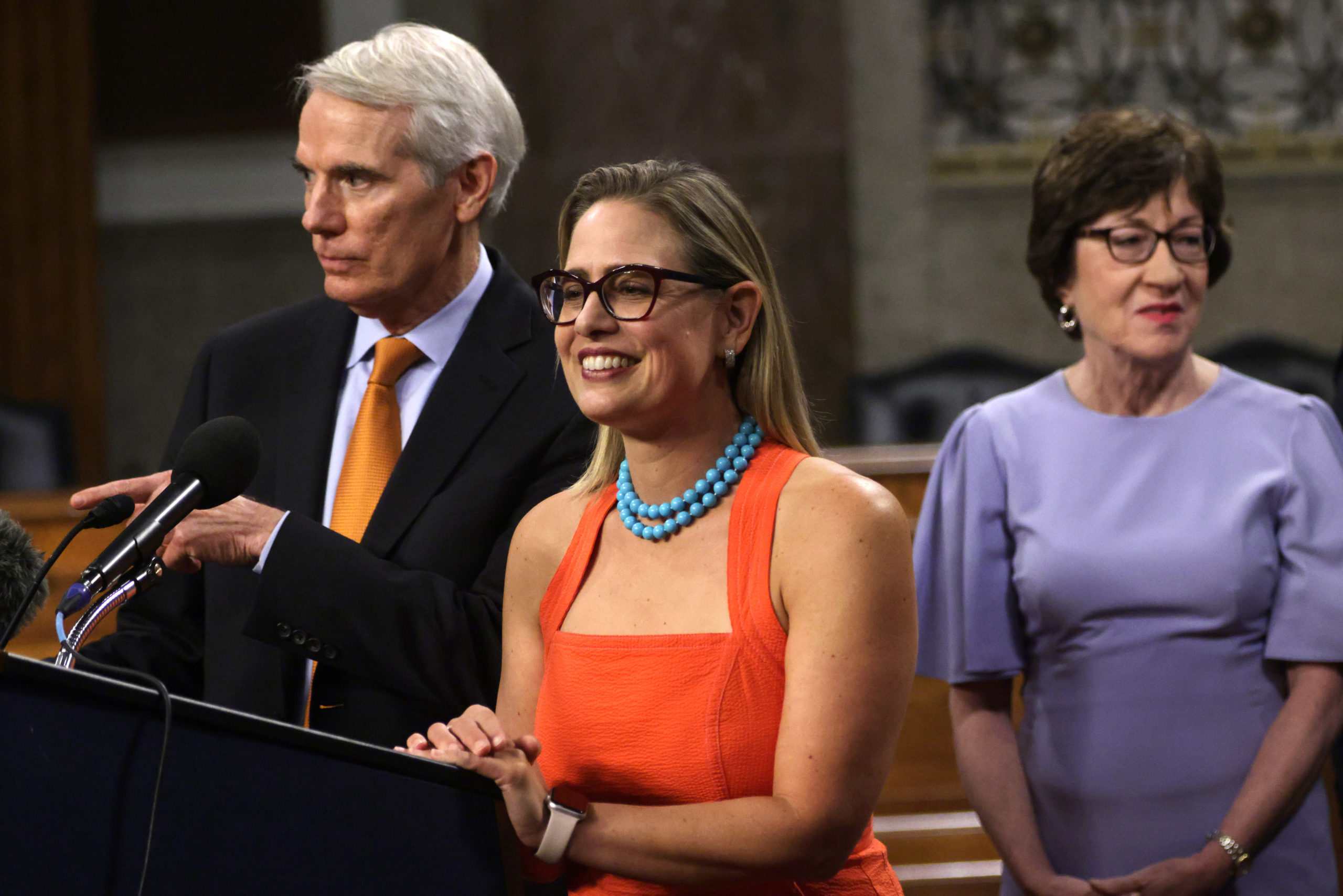 Sinema took over $135,000 from pharmaceutical PACs during the 2020 election cycle, according to Open Secrets, and she has already said that she will oppose the budget as it’s currently written, saying that its $3.5 trillion cost is too large to add to the current national debt.

Other Democrats are also been skeptical about the reforms. “I’m not ready to make any decisions on the budget resolution,” New Jersey Sen. Bob Menendez told Roll Call in July. “The only industry that gets directly, I’ll call taxed, mostly is the pharmaceutical industry. You have to show me that you’re reducing the cost of prescription drugs to the consumers.”

He also voted against allowing Medicare to negotiate drug prices in 2019.

Advocacy groups have also run ads targeting Delaware Sen. Tom Carper and West Virginia Sen. Joe Manchin, both of whom have sided with the pharmaceutical industry in the past, pressuring them to support the provision.

The existing Democratic opposition could be more than enough to tank the provisions allowing Medicare to negotiate drug prices despite having the support of the vast majority of Democrats in Congress, President Joe Biden and the overwhelming majority of Americans.