Progressives are doubling down against the bipartisan infrastructure bill unless it accompanies Democrats’ $3.5 trillion budget as its path to becoming law becomes more complex given moderates’ objections to its size and scope.

House leadership guaranteed an infrastructure vote on Sept. 27 in August when they advanced the budget, and promised that the vote would not be postponed. But moderates like West Virginia Sen. Joe Manchin and Arizona Sen. Kyrsten Sinema have called for a “pause” on the budget’s consideration and gone on-record opposing the $3.5 trillion size, making it all but certain that it will not be finalized a week from today.

“You have a very small destructive group of members who want to hold the entire country’s agenda hostage for an arbitrary date,” New York Rep. Alexandria Ocasio-Cortez told reporters Monday, referring to the likes of Manchin, Sinema and several House moderates who have opposed certain provisions. “And … it’s not representative of the agenda of the caucus [or] the agenda of the president.”

“I’m happy to show my cards,” she added when asked if there was any chance progressives were bluffing and would not actually tank the bipartisan package, which passed the Senate in August with 19 Republicans joining all Democrats to vote in favor.

“We will only vote for the infrastructure bill after passing the reconciliation bill,” Washington Rep. Pramila Jayapal wrote in August on behalf of the entire Congressional Progressive Caucus. (RELATED: Democrats Are All In On The Largest Budget In History. Its Passage Is Far From Certain) 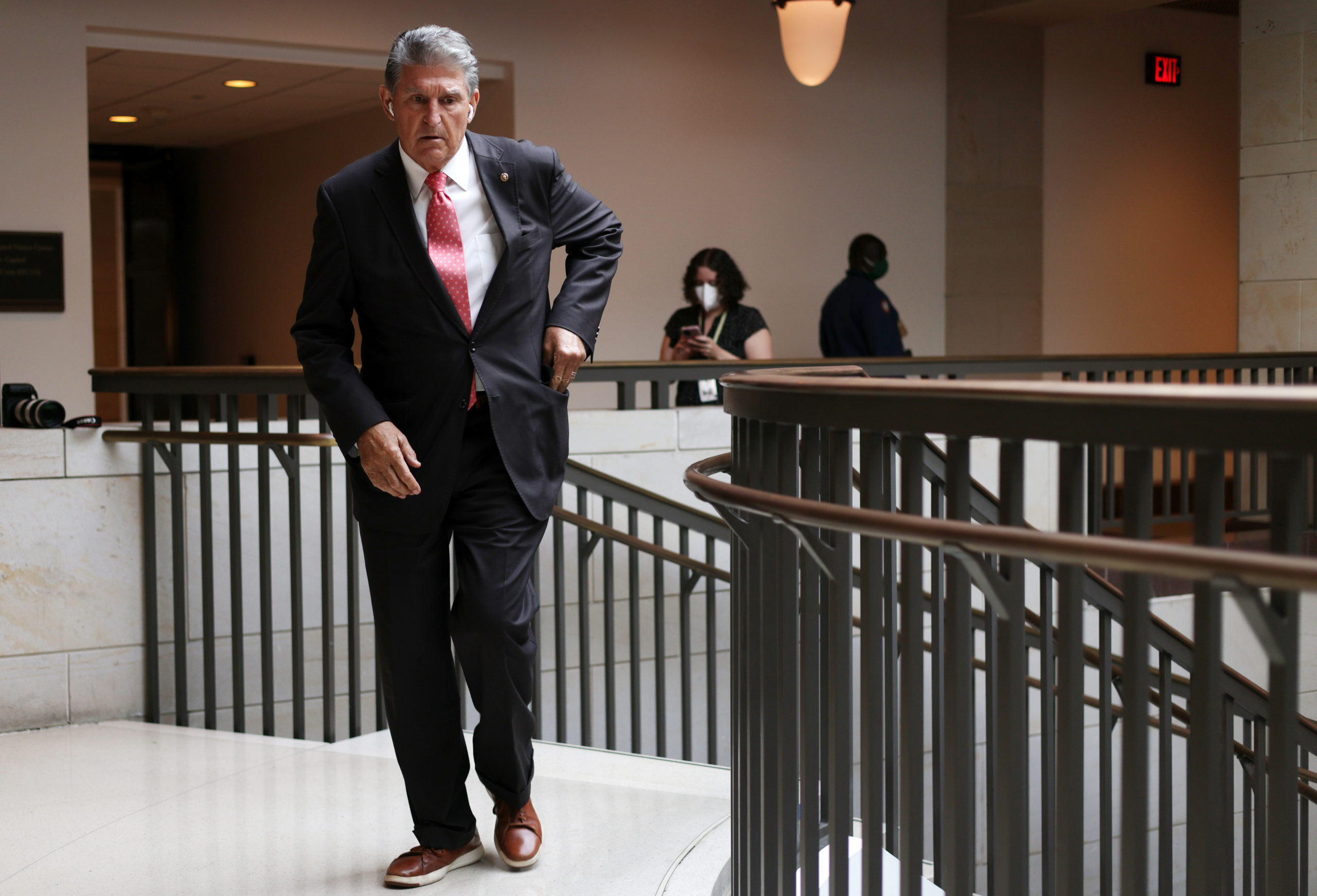 Sen. Joe Manchin is one of the moderates objecting to the budget as written, infuriating progressives. (Alex Wong/Getty Images)

The disagreements between moderates and progressives give Democratic leadership almost no room to work with given their three-vote margin in the House and an equally divided Senate, and the fact that Republicans unanimously oppose the budget and mostly oppose the infrastructure bill.

Sinema reportedly made a similar threat Monday, vowing to oppose Democrats’ reconciliation package – effectively killing it as a result – if the Sept. 27 vote failed. She already came out against its provision allowing Medicare to negotiate drug prices, mirroring three House Democrats who did the same last week even as President Joe Biden and Senate Majority Leader Chuck Schumer outlined it as a top priority.

On top of the intensifying intraparty fight, Congress must also fund the government in the next 10 days to avoid a shutdown and raise the debt ceiling to prevent the country from defaulting on its debt. (RELATED: Congress’ Weeks Ahead Are Extremely High-Stakes And Absolutely Brutal)

Republicans have vowed to not support a debt ceiling increase, instead telling Democrats to attach it to their budget, a move that they have yet to do.

“I am worried,” Majority Whip Dick Durban, the no. 2 Senate Democrat, told reporters Monday when asked about the possibility of a default.