The first eruption of a volcano in 50 years on a Spanish island forced thousands of people to evacuate Sunday, Reuters reported.

The flowing lava destroyed at least 100 homes and led approximately 5,500 people, including about 500 tourists, to flee from Spain’s La Palma, one of the Canary Islands, Reuters reported. Approximately 85,000 people live on the island, but no fatalities or injuries have been reported thus far.

The molten rock continues to make its way towards the Atlantic, threatening to create a cloud of toxic gases as it cools, according to The Canaries Volcanology Institute, Reuters reported. Contact between the sea and the lava could also create explosions, a spokesperson for Spain’s military emergency unit told state television network TVE.

Officials said they hoped there would be no need to evacuate anyone else, but advised the populace to remain cautious. “It (the volcano) is still active and will continue to be active for the next few days,” President of the Canary Islands Angel Victor Torres said at a news conference Monday, Reuters reported. 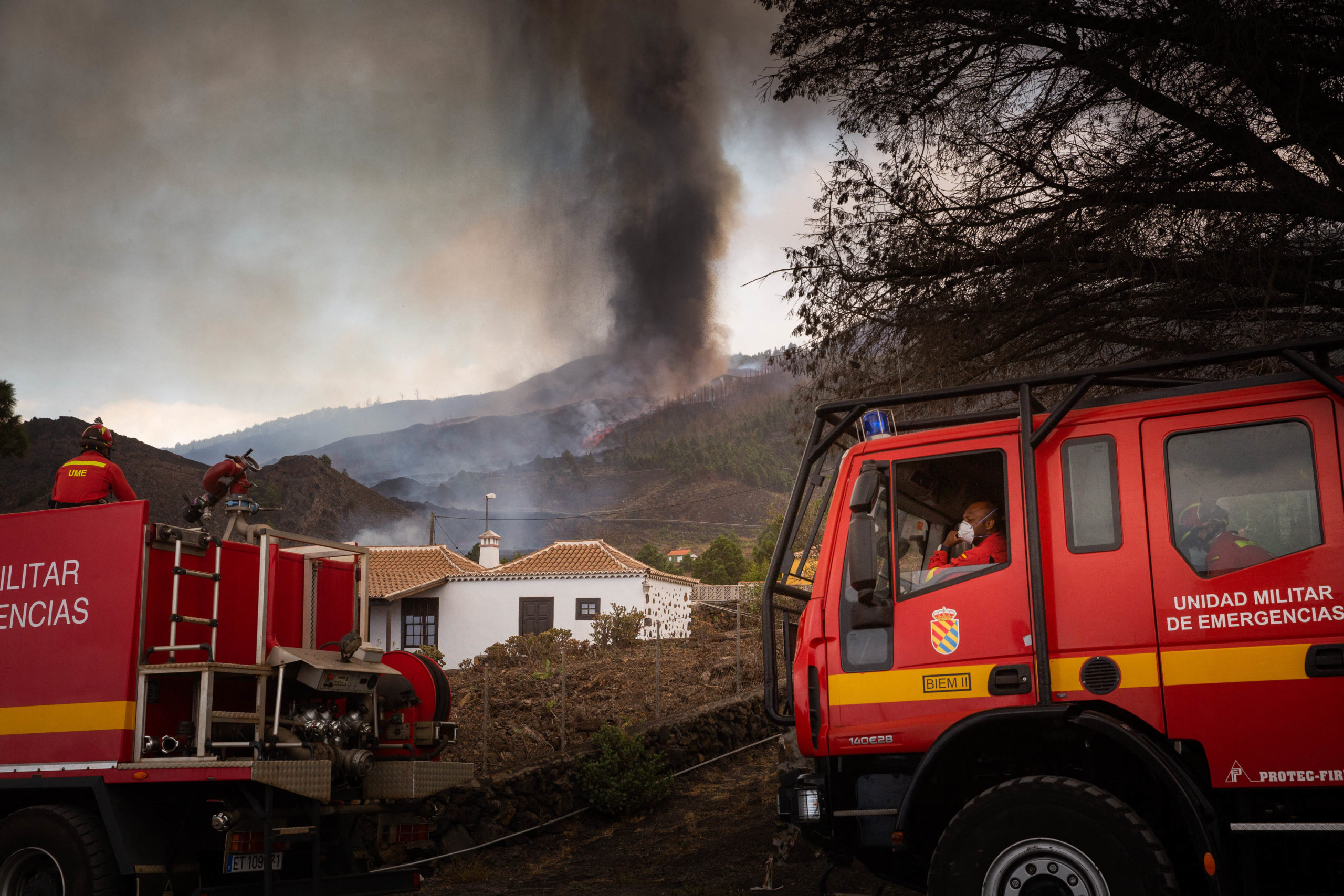 Firefighters stand next to houses in the residential area of Los Campitos at Los Llanos de Aridane, on the Canary Island of La Palma on September 20, 2021. (Photo by DESIREE MARTIN/AFP via Getty Images)

A 4.2 magnitude earthquake was recorded before the volcano erupted, the Associated Press reported.

“It was horrible,” said Eva, a 53-year old tourist from Austria, told Reuters. “We felt the earthquake, it started in the morning … Then at 3 in the afternoon the lady from our house came and said you have to pack everything and leave quickly.”

Tourism Minister Reyes Maroto called the eruption “a wonderful show” that would entice more tourists to visit, Reuters reported. “There are no restrictions on going to the island … on the contrary, we’re passing on the information so tourists know they can travel to the island and enjoy something unusual, see it for themselves,” she said.

Teodoro Garcia Egea, secretary general of the opposition People’s Party, criticized Maroto’s remarks on Monday. “Can someone confirm the minister said that while hundreds of people are losing everything they have?” he tweeted, according to a translation from Reuters.