Amazon, Facebook, Pfizer and 30 other major U.S. corporations have joined a coalition seeking to provide jobs and opportunities to Afghan refugees.

The companies announced that they would partner with the non-profit organization Tent Partnership for Refugees, a network of nearly 200 global businesses working to provide refugees with jobs worldwide, according to the announcement Tuesday. The coalition plans to help the refugees, who are fleeing Taliban-controlled Afghanistan, permanently resettle in the U.S. through economic integration.

“America is at a critical juncture, and every part of our society must play its part to welcome our Afghan brothers and sisters. They have stood by our side, and we must stand by theirs,” Chobani CEO and Tent founder Hamdi Ulukaya said in a statement. “I am so proud of the businesses stepping up today — and hope that many more will join our coalition.” 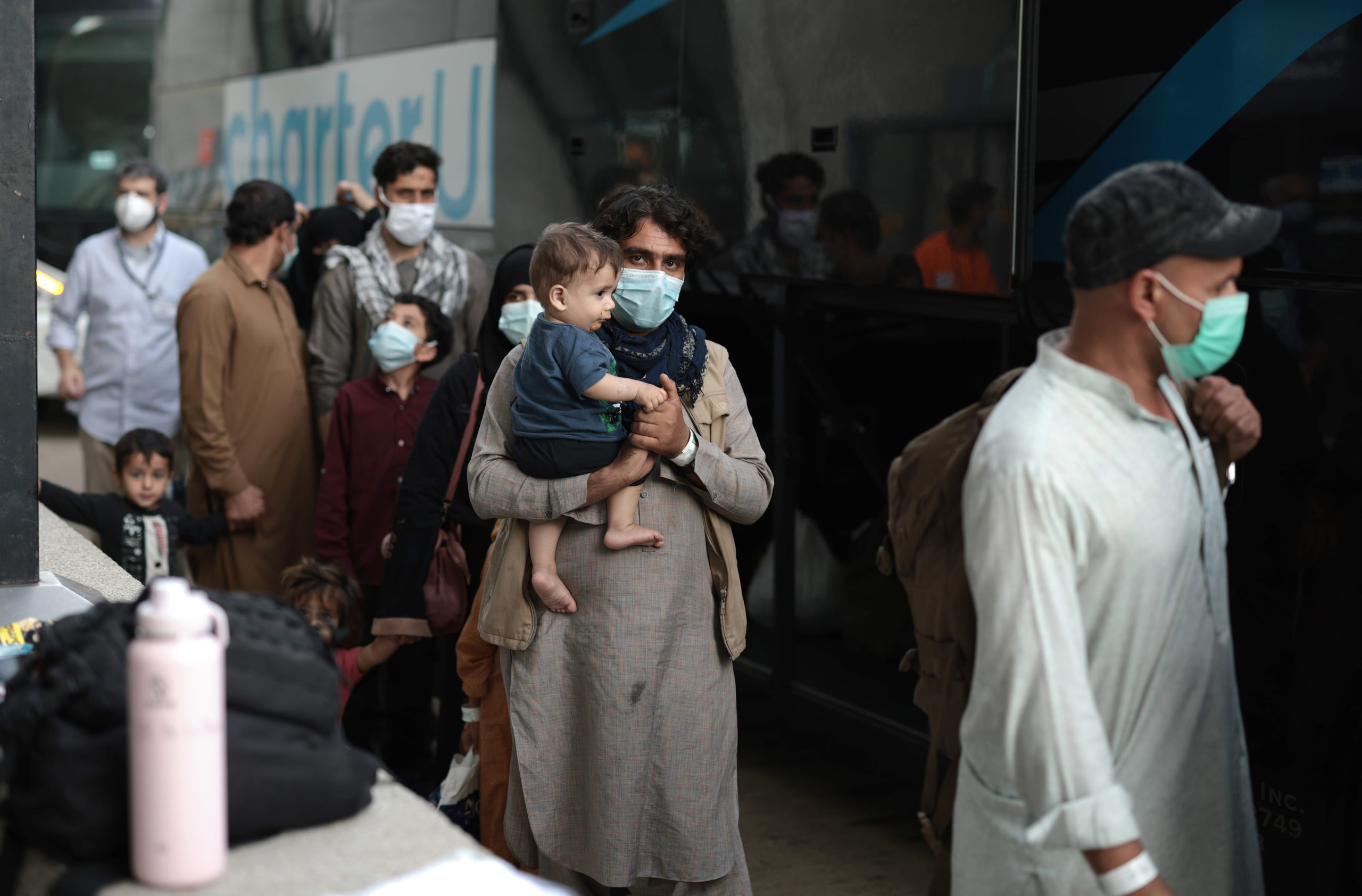 Refugees board a bus at Dulles International Airport in Virginia that will take them to a processing center on Aug. 31. (Anna Moneymaker/Getty Images)

Amazon, which is among the nation’s largest employers with about 950,000 workers in the U.S., would give refugees jobs with starting wages averaging $18 per hour. The refugees hired by the mega online retailer would also have the opportunity to pursue a college or high school education funded by Amazon.

“As part of our diverse workforce, Amazon continually hires immigrants and refugees across the company, and we’re proud to partner with Tent to extend our reach,” Amazon Senior Vice President Beth Galetti said in a statement. “We are committed to expanding and improving on these efforts and providing employment support for the refugee population, including the imminent need for Afghan refugees.”

Gap Inc., Hilton, HP, Mastercard, Panda Express, Tyson Foods, Uber, UPS and Wayfair are among the dozens of companies involved in the initiative.

Many U.S. companies have struggled to hire workers as the economy has slowly recovered from the 2020 downturn triggered by the coronavirus pandemic. While the economy remains more than 5 million jobs short of its pre-pandemic level, there are an estimated 11 million job openings, according to government data.

In August, the U.S. oversaw a chaotic withdrawal of its troops from Afghanistan after the former government collapsed and the Taliban took control of the nation’s capital Kabul. During the withdrawal, the U.S. evacuated tens of thousands of Afghans who feared persecution.

The Biden administration said last week that approximately 37,000 refugees had been admitted into the U.S. and relocated to 46 different states. California is expected to receive 5,200 refugees, the most of any state.