Haitian migrants deported after arriving at a temporary migrant camp under an international bridge in Del Rio, Texas, were upset and angry they lost their chance at the American dream, Reuters reported on Tuesday.

Over 300 Haitian migrants were deported on Sunday back to their home country on three flights, according to Reuters. Some 12,000 migrants established a temporary camp under a bridge after crossing the Rio Grande River from Ciudad Acuña, Mexico.

“I left Haiti to go find a better future,” a woman named Stephanie told Reuters. She said immigration officials transported her from the temporary camp under the bridge to a detention center before putting her on a return flight to Haiti.

“If jobs could be created, we would never have exposed ourselves to this misery in other countries,” Stephanie added, according to Reuters. 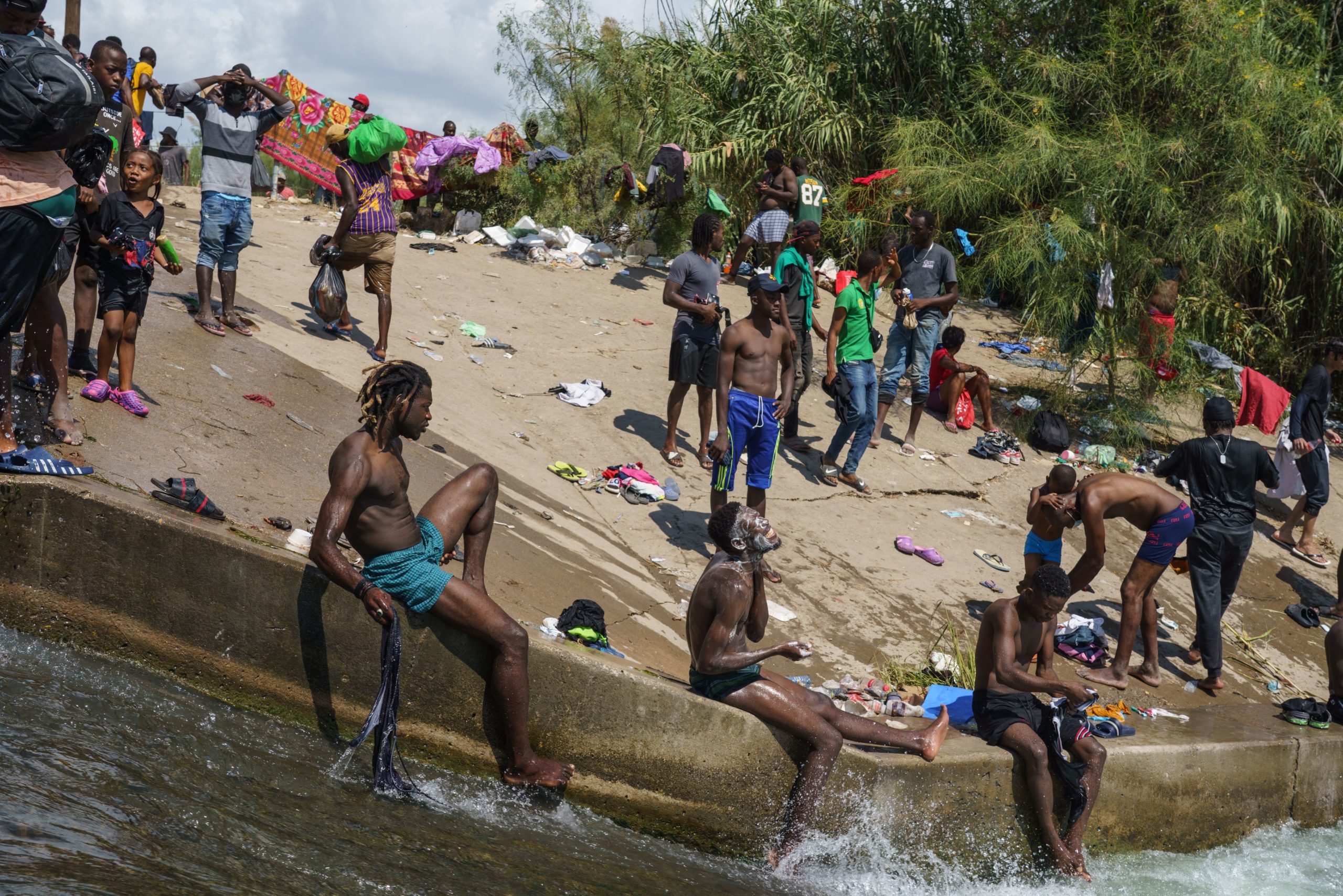 Migrant men bathe in the Rio Grande near the Del Rio-Acuna Port of Entry in Del Rio, Texas, on September 18, 2021. (Photo by PAUL RATJE/AFP via Getty Images)

Several of the Haitian deportees said they weren’t told where they were going, Reuters reported. Haitian Prime Minister Ariel Henry said the country would help the returning migrants and lamented the conditions at the camp set up under the bridge in the U.S.

“It’s with great sorrow that we watch on social media, through television and listen on the radio to the tribulations of our brothers and sisters at the border of Mexico and the United States,” Henry said, according to Reuters. He added that the migrants can “live well in our country without having to suffer these forms of shame.”

Mondesir Sirilien, a migrant flown back to Haiti, said he spent around $15,000 to get from Haiti to the U.S., Reuters reported. (RELATED: Thousands Of Migrants, Mostly From Haiti, Overwhelm Border Officials In Texas)

“I could have invested that money here, I could have built a great business. It’s not like we don’t know how to do things, Sirilien said, according to Reuters. “But we’re not respected, we’re humiliated and now we don’t have anyone to defend us.”