Federal law enforcement agencies are purchasing surveillance drones from a Chinese company the Pentagon has said could pose a threat to national security, Axios reported.

The U.S. Secret Service purchased eight surveillance drones from Da Jiang Innovations (DJI), a company based in Shenzhen, China, in July, according to procurement records obtained by the industry publication IPVM and shared with Axios. The FBI had already bought 19 DJI drones days prior to the Secret Service’s purchase.

DJI produces a number of very popular drones for commercial and personal use, including the Phantom and Mavic drone series, Axios reported. Their products require users to download proprietary DJI software and fly using mapping databases that can be monitored remotely.

The Defense Department announced DJI posed “potential threats to national security” two days prior to the Secret Service’s purchase. The Department of Homeland Security said it had “moderate confidence that Chinese-based company DJI Science and Technology is providing U.S. critical infrastructure and law enforcement data to the Chinese government” in 2017.

The company was put on the Commerce Department‘s export blacklist after Bloomberg reported it sold products to Chinese security forces in Xinjiang, who have been accused of committing genocide against the Uighur Muslim population, Axios reported. An entire non-emergency drone fleet was grounded by the Interior Department due to concerns it was compromised. 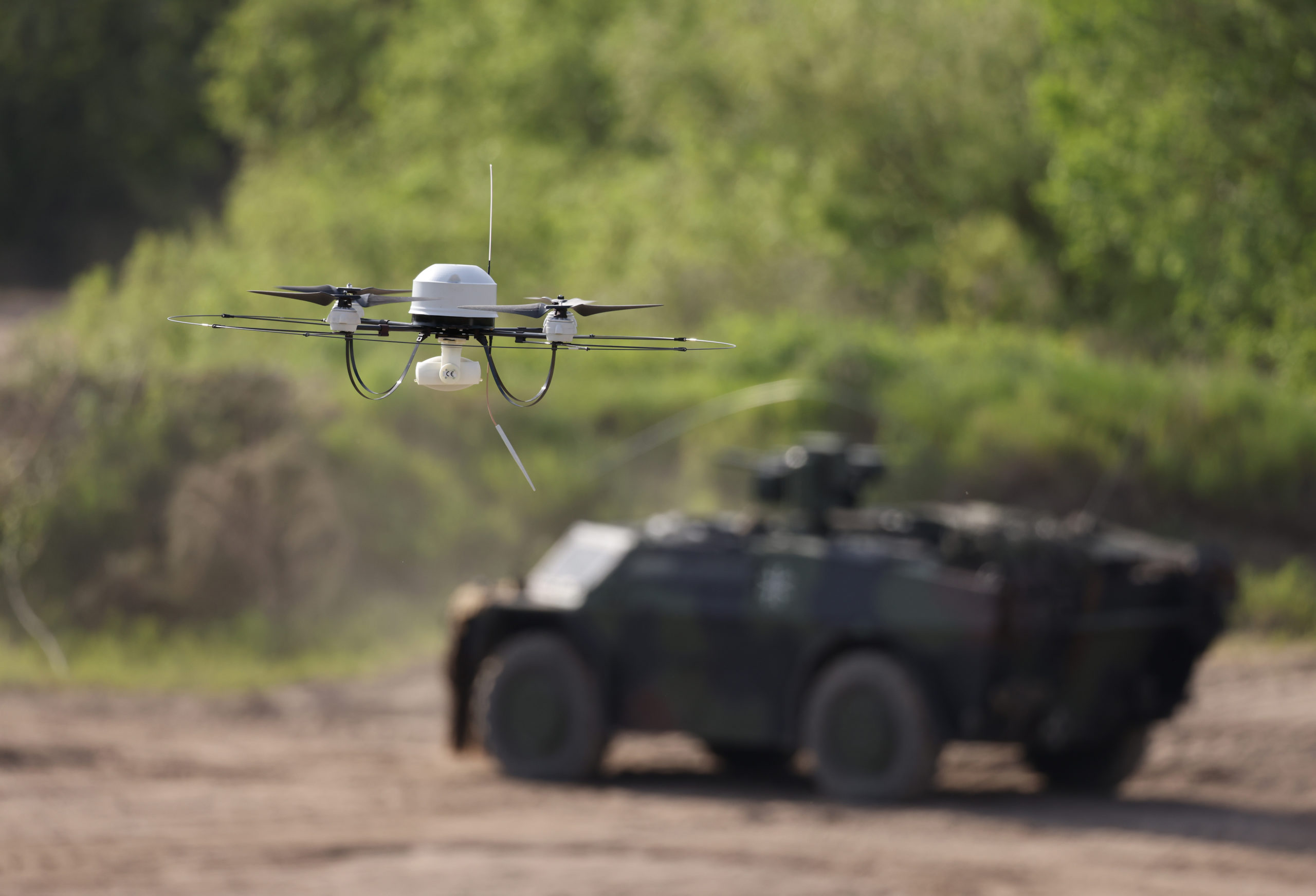 A Bundeswehr MIKADO small reconnaissance drone participates in a demonstration of capabilities by the Panzerlehrbrigade 9 tank training brigade on June 02, 2021 in Munster, Germany. (Photo by Sean Gallup/Getty Images)

“Claims that somehow DJI products are transmitting customer data back to China, or to DJI, or anywhere they’re not supposed to be … are just false,” DJI spokesperson Adam Lisberg told Axios. “No one has ever found a deliberate attempt to steal data, or any of the other fantasies promoted by some of our critics. It simply isn’t true.”

“DJI’s cyber security vulnerabilities are well documented,” Republican Sen. Marco Rubio of Florida told Axios in a statement. “Given everything we know about the Chinese Communist Party and its companies, there is absolutely no excuse for any government agency to use DJI drones, or any other drones manufactured in countries identified as national security threats.”

Some experts told Axios the government might have bought the drones to examine them and develop countermeasures, though language from the agencies appears to contradict this theory. (RELATED: REPORT: China Is Falling Way Short Of Its Trade Deal With Trump)

The Secret Service wrote the DJI drones would “supplement the agency’s existing fleet of small unmanned aircraft and improved [sic] mission support through the use of the most up-to-date equipment nd [sic] software,” while the FBI wrote the consumer drones were the only ones capable of performing their required duties at an acceptable purchasing price.

“If the federal government is purchasing DJI drones for counter-drone or other security research — fine,” Klon Kitchen, a defense and cybersecurity expert at the American Enterprise Institute, told Axios.

“But otherwise, in a world where you have plenty of alternatives — including some U.S. alternatives that are very good — why would federal agencies assume the inherent risks of Chinese-made systems?” he said.