President Joe Biden’s speech to the U.N. General Assembly on Tuesday called for “relentless diplomacy” and a push for nations to “work together as never before.” It was a stark departure from former President Donald Trump’s messaging to the group in 2019, when the then-president touted America’s strength and strongly urged world leaders to reject globalism.

“As we look ahead, we will lead,” Biden declared, summing up his message to world leaders Tuesday. “We will lead on all the greatest challenges of our time – from COVID to climate, peace and security, human dignity and human rights. But we will not go it alone.”

The current president promised that America will “work with any nation that steps up” in pursuit of a “peaceful resolution to shared challenges.” He spoke about issues affecting countries across the globe – COVID-19, climate change, “shifts in global dynamics,” trade, terrorism – and said the U.S. will work with allies to “help lead the world toward a more peaceful, prosperous future for all people.”

“To deliver for our own people, we must also engage deeply with the rest of the world,” Biden said. “To ensure that our own future, we must work together with other partners – our partners – toward a shared future. Our security, our prosperity, and our very freedoms are interconnected, in my view, as never before. And so, I believe we must work together as never before.” 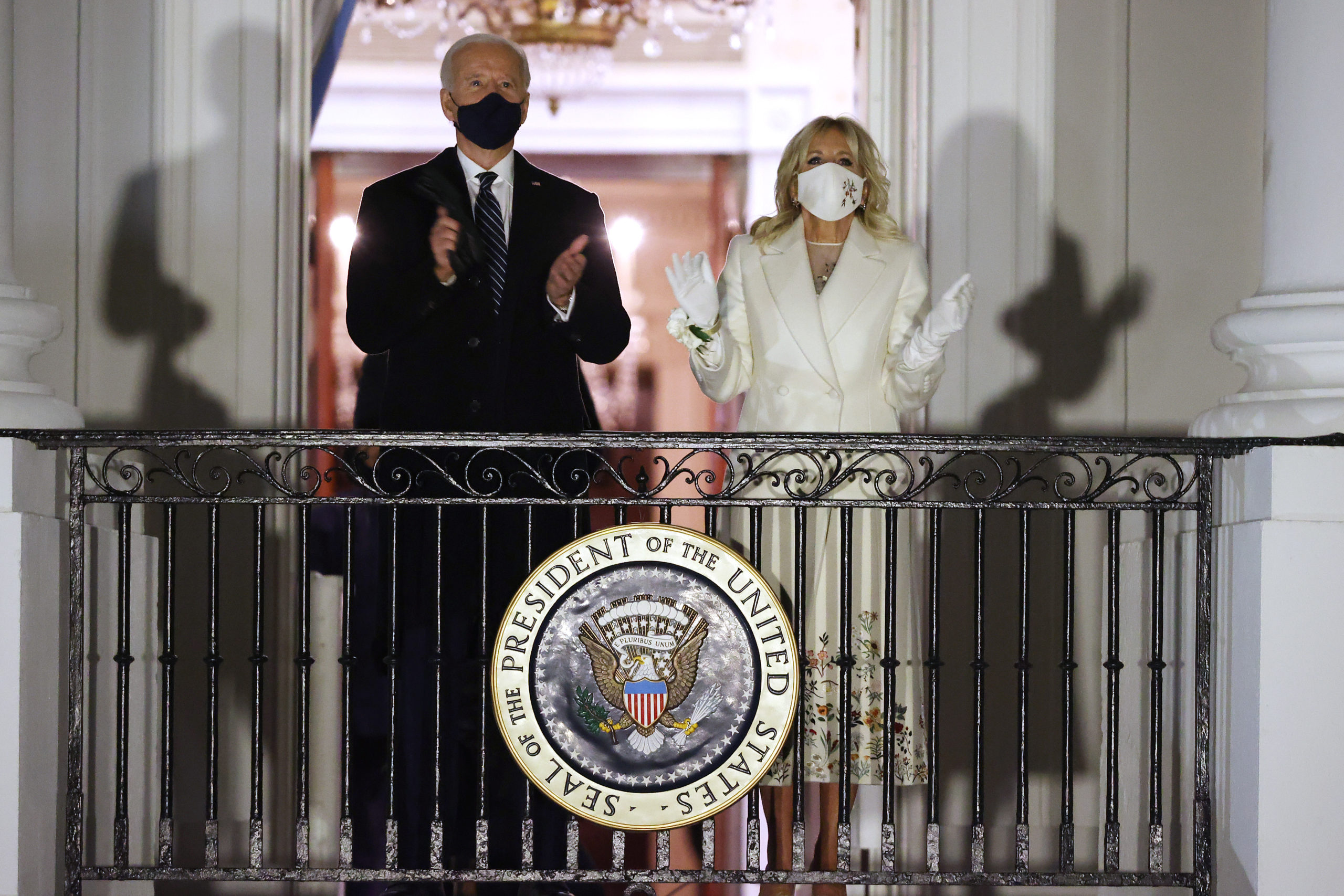 Biden’s push for diplomacy and messaging of focusing on world issues together comes amid tense diplomatic relations with some of America’s allies. The president was criticized by allies over the chaotic exit from Afghanistan in August and his trilateral deal with Australia and the U.K. recently angered France to the point where the country recalled its ambassador to the U.S. (RELATED: ‘A Stab In The Back’: France Cancels US Gala After Biden Announces New Defense Partnership With Australia, Britain)

In 2019, Trump offered world leaders a different view of America’s goals, beginning by declaring America to be “by far, the world’s most powerful nation.” Trump put forth not only an “America-first” message, but also pushed other countries to “hold on to” their “sovereignty.”

“Americans know that in a world where others seek conquest and domination, our nation must be strong in wealth, in might, and in spirit,” Trump said at the time. “That is why the United States vigorously defends the traditions and customs that have made us who we are.”

“Looking around and all over this large, magnificent planet, the truth is plain to see: If you want freedom, take pride in your country,” Trump continued. “If you want democracy, hold on to your sovereignty. And if you want peace, love your nations. Wise leaders always put the good of their own people and their own country first. The future does not belong to globalists. The future belongs to patriots.”

Both leaders briefly touted their accomplishments while speaking to the U.N. General Assembly. Biden said he’s “prioritized rebuilding our alliances, revitalizing our partnerships and recognizing they’re essential and central to America’s enduring security and prosperity.”

The current president noted that he’s returned the U.S. to various international agreements. Trump pulled out of several agreements throughout his presidency, arguing that they were bad deals and didn’t help push America forward.

Under Biden, the U.S. has rejoined the Paris Climate Agreement, signaled support for rejoining the Iran Nuclear Deal and become re-engaged at the World Health Organization (WHO).

“We’re back at the table in international forums, especially the United Nations, to focus attention and to spur global action on shared challenges,” Biden declared. (RELATED: Biden Promises UN That America Is ‘Not Seeking The New Cold War,’ Highlights Push For ‘Relentless Diplomacy’) 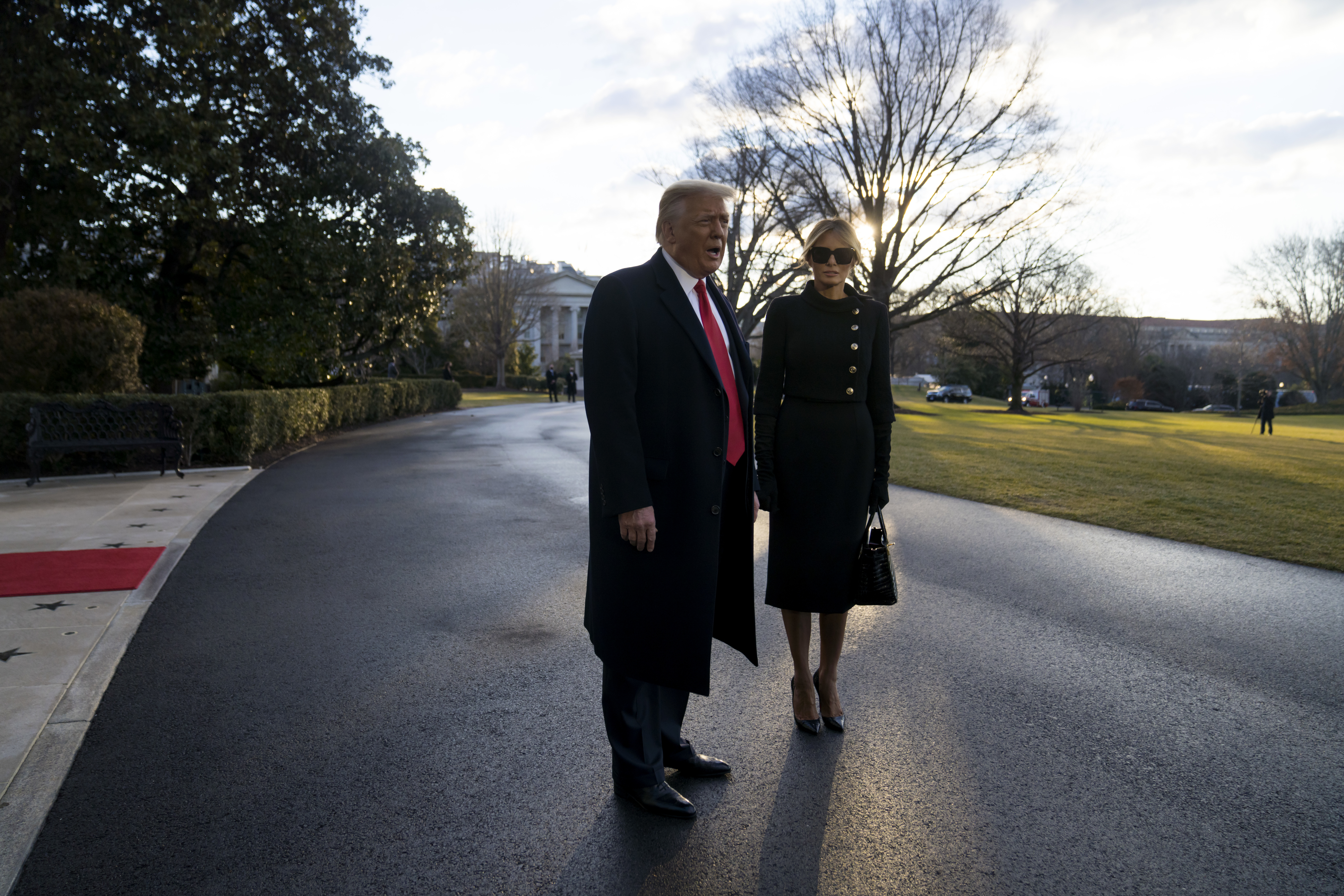 Trump, on the other hand, spent time focusing on what his administration had done for America specifically. The former president discussed “an ambitious campaign to reform international trade” and blasted nations that “exploited” the international trading system.

“In America, the result was 4.2 million lost manufacturing jobs and $15 trillion in trade deficits over the last quarter century,” Trump said. “The United States is now taking that decisive action to end this grave economic injustice. Our goal is simple: We want balanced trade that is both fair and reciprocal.”

Trump brought up the “brand new” United States–Mexico–Canada Agreement and discussions with Japan and the U.K. for trade deals. He also slammed China, touting the “massive tariffs” imposed on Chinese-made goods and calling on the country to protect Hong Kong’s “freedom, legal system and democratic ways of life.”

Biden’s speech also focused on China, but the president didn’t call the country out by name on Tuesday. White House press secretary Jen Psaki downplayed the reasoning behind this, telling reporters afterwards that “it was clear” he “was talking about the importance of … building our alliances.”

Psaki said China is seen “as a country where there is great competition but not a country where he sees it is one where we seek conflict.” She claimed that there are issues that the U.S. can work together with China on, such as climate and addressing cyberthreats, though the press secretary didn’t elaborate on whether the two countries agree on how to deal with these issues.