Investigative journalist Peter Schweizer said Sunday that Hunter Biden’s artwork is “genius level corruption” because profits from the sale of his painting will be “very, very hard to trace” and potentially subject to money laundering.

“You have to, basically, stake this out to genius level corruption, and what I mean … is that Hunter Biden previously was going around the world striking business deals, that required a certain level of transparency, if you’re sitting on a corporate board that gets disclosed,” Schweizer told host Maria Bartiromo on “Sunday Morning Futures.”

“The art world is very, very hard to trace money, in fact the Senate did an investigation in 2019 and concluded that the art world was rife with money laundering, oligarchs moving money around, so going into the art world, Hunter Biden has created a circumstance whereby he can collect half a million dollars a pop — at a pop — for a piece of work,” Schweizer continued, “and there’s no paper trail.” (RELATED: Hunter Biden Plans To Meet With Prospective Art Buyers)

The author noted that the White House has dismissed any ethical concerns by saying “nobody’s going to know anything about anyone involved.” Schweizer called that “absurd,” noting that at the art shows “Hunter Biden’s going to be there schmoozing with people [and] we know that the man holding these art deals and showing Hunter’s art has said China is a growth market, where he really wants to go.”

Schweizer claimed that “this is what the Bidens have done for decades,” calling this latest venture “a new avenue for corruption” and means for “foreign corrupt intermediaries” to gain favor with the Biden administration.

Some have praised Biden’s work. “I like it,” Mark Tribe, Chairman of the MFA Fine Arts Department at New York City’s School of Visual Arts, told the New York Post. “The colors and compelling forms — it’s the kind of organic abstraction that I find easy on the eyes and provokes your curiosity,” Tribe said. (RELATED: ‘Guaranteed Instant Profit’: Art Critics Gush Over Hunter Biden’s Paintings, Which Sell For At Least $75,000) 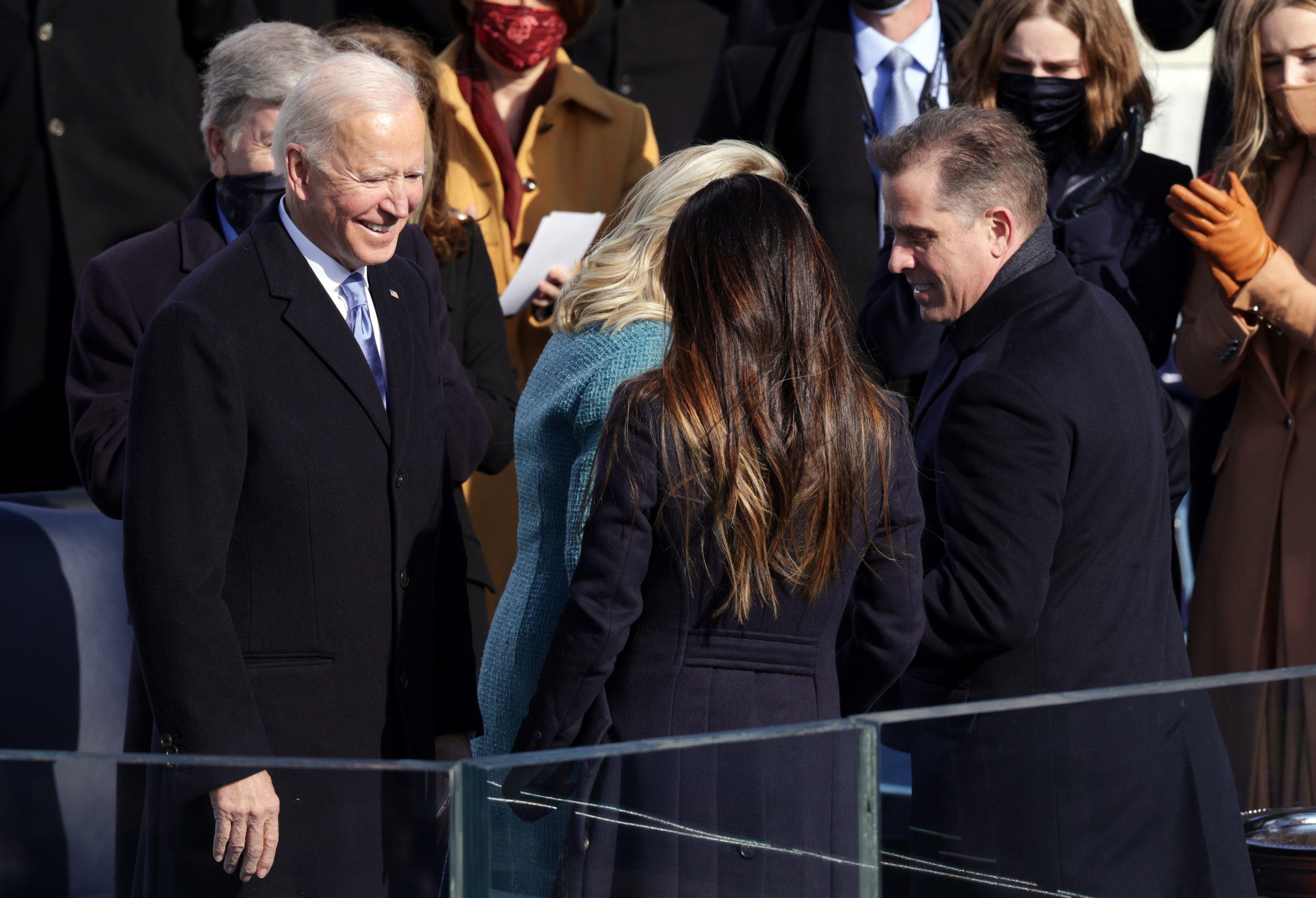 President Joe Biden greets his wife Dr. Jill Biden, son Hunter Biden and daughter Ashley Biden after being sworn in as U.S. president during his inauguration on the West Front of the U.S. Capitol on Jan. 20, 2021 in Washington, DC. During today’s inauguration ceremony Joe Biden becomes the 46th president of the United States. (Photo by Alex Wong/Getty Images)

Biden’s painting are selling for prices up to $500,000 with critics maintaining that buyers are only seeking association with the Biden name brand.

Biden’s response to criticism of his art career was to say, “Fu*k em.”