American culture has been embracing “wokeness” in recent years, as evidenced by the growing presence of radical gender politics, anti-masculinity and similar ideas across the nation’s institutions. This trend is a sharp contrast to China, which has taken drastic steps to reorient its culture and institutions around traditional values.

Almost no institution in the U.S. has escaped the spread of “woke” ideology, a term that originated in the black community but has since become a broad descriptor of left-wing thought centered on social justice. Its ideas can be found in classrooms, corporate boardrooms, the halls of Congress and even the Pentagon.

On no issue is the “woke” transformation of culture more apparent than on gender. The language of gender, for example, has changed so dramatically that almost half of Americans now believe gender is a social construct. A consequence of this shift is a growing aversion to traditional masculinity, a trend promoted by many in the entertainment industry and similar institutions.

Central to “woke” anti-masculinity is the belief that gender is a social construct separate from biological sex. Prescribing to traditional gender norms is oppressive to the “woke” left because it reinforces the idea that human beings have inherent masculine or feminine attributes associated with gender — an idea they reject. 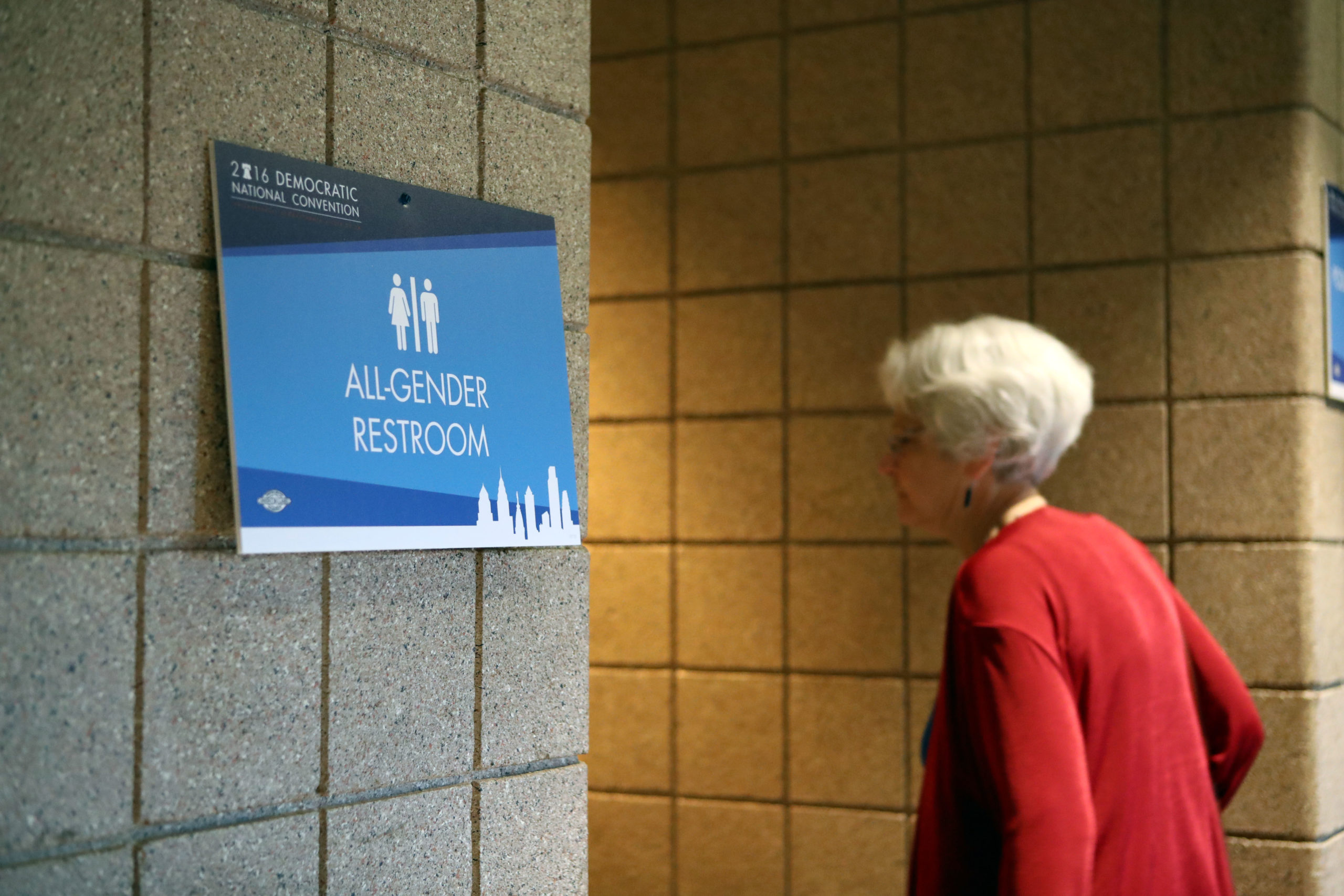 The American Psychological Association released its “first-ever guidelines for practice with men and boys” in 2019, an extensive report in which “traditional masculinity” was referred to as an “ideology” and deemed to be “psychologically harmful.”

Many colleges and universities have campaigns to combat “toxic masculinity.” A student group at the University of California, Los Angeles even formed a committee dedicated to fighting masculinity, which they claimed is “based on unattainable gender norms.”

Accepting gender as a social construct inevitably leads to the conclusion that one’s gender can be fluid. It’s no surprise, then, that the presence of transgender identity in media and politics has grown despite that group’s minuscule proportion of the population. (RELATED: What The Gay Marriage Debate Can Teach Conservatives About The Transgender Battle)

Transgender identity has been at the center of several recent “culture war” disputes in American politics. Among them is whether biological males who identify as females should be allowed to compete in women’s sports. The U.S. military, which reportedly made LGBTQ issues a priority in its decision-making earlier this year, has already accepted transgender service members. 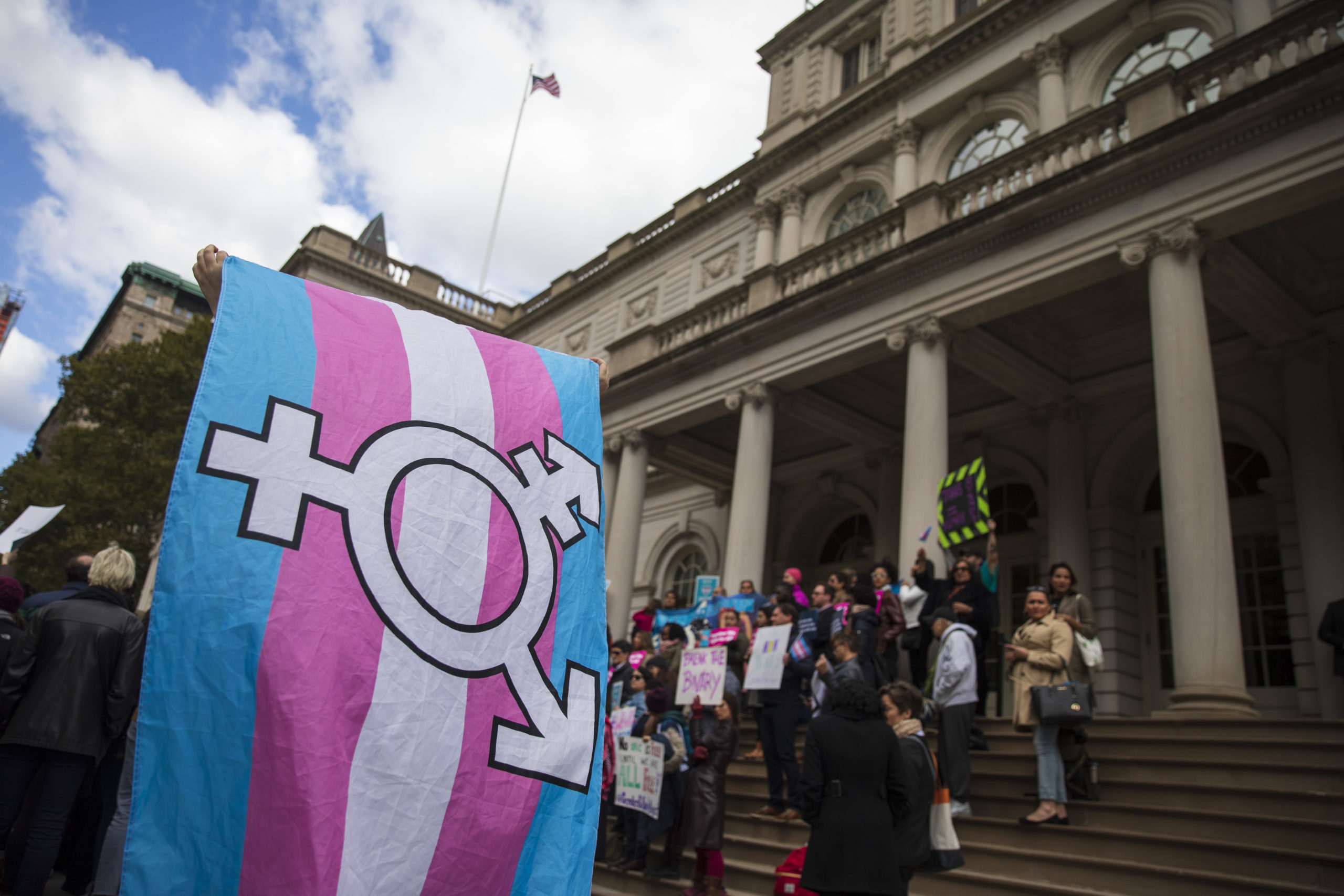 LGBTQ activists and their supporters rally in support of transgender people on October 24, 2018 in New York City (Drew Angerer/Getty Images)

The idea that gender is a social construct and men can embrace femininity would come as a shock to China’s leaders. A group of lawmakers at the National People’s Congress (NPC) in March lamented that a decline in traditional “manhood” has “led to social and family problems in China.” (RELATED: China Wants Men To Be Men. Woke America Says Men Can Be Women. Are We Losing The Fight?)

NPC deputy Xiong Sidong introduced a proposal that would institute “gender-differential” education in order to “make boys more like boys and girls more like girls.”

A national conversation on masculinity began in China after Si Zefu, a Chinese Communist Party (CCP) official, introduced a proposal last year to “prevent the feminization of male youths,” a phenomenon he argued poses an existential threat to the nation.

China’s education ministry issued a notice in 2020 calling on schools to reform their physical education curriculum by “vigorously developing” sports and fitness programs for young men. The ministry said the ultimate goal of these reforms was “cultivating students’ masculinity.” 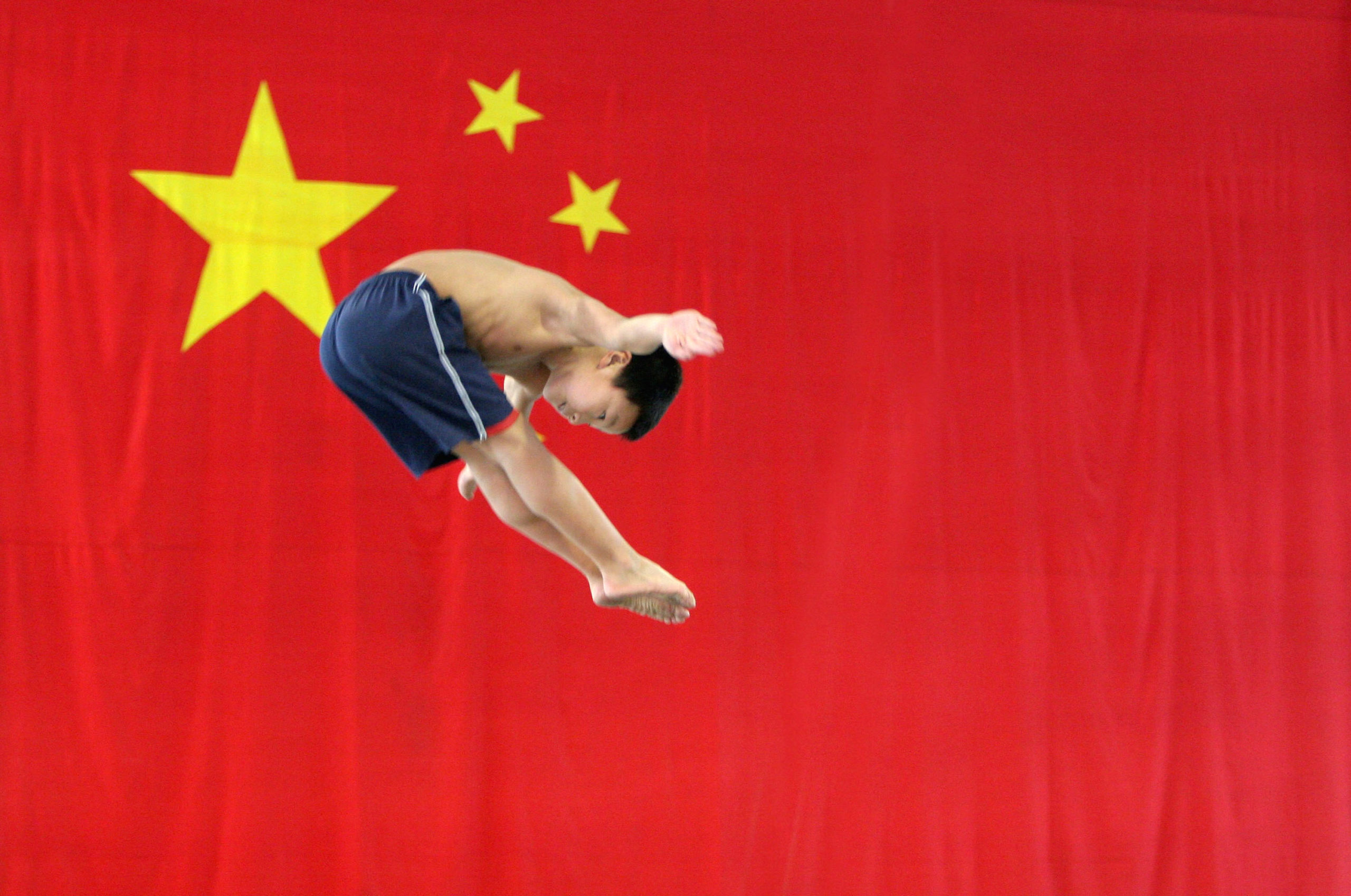 A young boy practices diving movements as he jumps on a trampoline in front of a national flag at a diving school in Chengdu of Sichuan Province, China (China Photos/Getty Images)

China has taken more drastic steps in recent weeks to tighten restrictions on media broadcasters. In a directive issued Sept. 2 by China’s National Radio and Television Administration (NRTA), the state regulator called for media outlets and broadcasters to promote “excellent traditional culture” and “revolutionary culture.” (RELATED: What Is The End Goal Of Woke Capitalism? Take A Look At China)

The NRTA also called for an end to “sissy men and other abnormal aesthetic” in media, using the derogatory term “niang pao,” or literally, “girlie guns,” to refer to effeminate men.

At a Chinese entertainment industry symposium sponsored by the CCP, attendees were told to act with morality in both public and private, the Guardian reported. According to state media reports, attendees were also told to “consciously abandon vulgar and kitsch inferior tastes, and consciously oppose the decadent ideas of money worship, hedonism, and extreme individualism.”

China’s call for moral order and traditionalism in entertainment is a far cry from what is practiced in American popular culture. The music, television and movie industries at home have faced scrutiny in the past for their embrace of sexual hedonism and excessive material pleasures.

China’s use of coercive state power to enforce moral order would likely be met with skepticism by most Americans. But it’s clear that China aims to become a bulwark against the kind of “wokeness” and cultural decay that has now come to define much of American culture and its institutions.