The American Dental Association announced that it would oppose the vast expansion of Medicare proposed in Democrats’ $3.5 trillion budget package.

The American Dental Association (ADA) — the largest U.S. dental association, representing 162,000 members nationwide — said that Congress should focus on providing expanded benefits to the poorest, not all Medicare beneficiaries, according to The Wall Street Journal. Many Medicare recipients already have and can afford private dental coverage, according to the group.

“There aren’t endless amounts of federal dollars, so the question is how do you maximize dollars to do the most good?” ADA Senior Vice President for Government and Public Affairs Michael Graham told the WSJ. “If you don’t focus on low-income seniors, you are just wasting your money.”

The ADA has said before that a Medicare expansion should include seniors who are up to 300% of the federal poverty level, approximately 47% of all American seniors. The organization has also advocated for creating an entirely new program within Medicare for dental care. (RELATED: EXCLUSIVE: Top Republican Explains How Biden’s Budget Package Raises Taxes, Hurts Working Class) 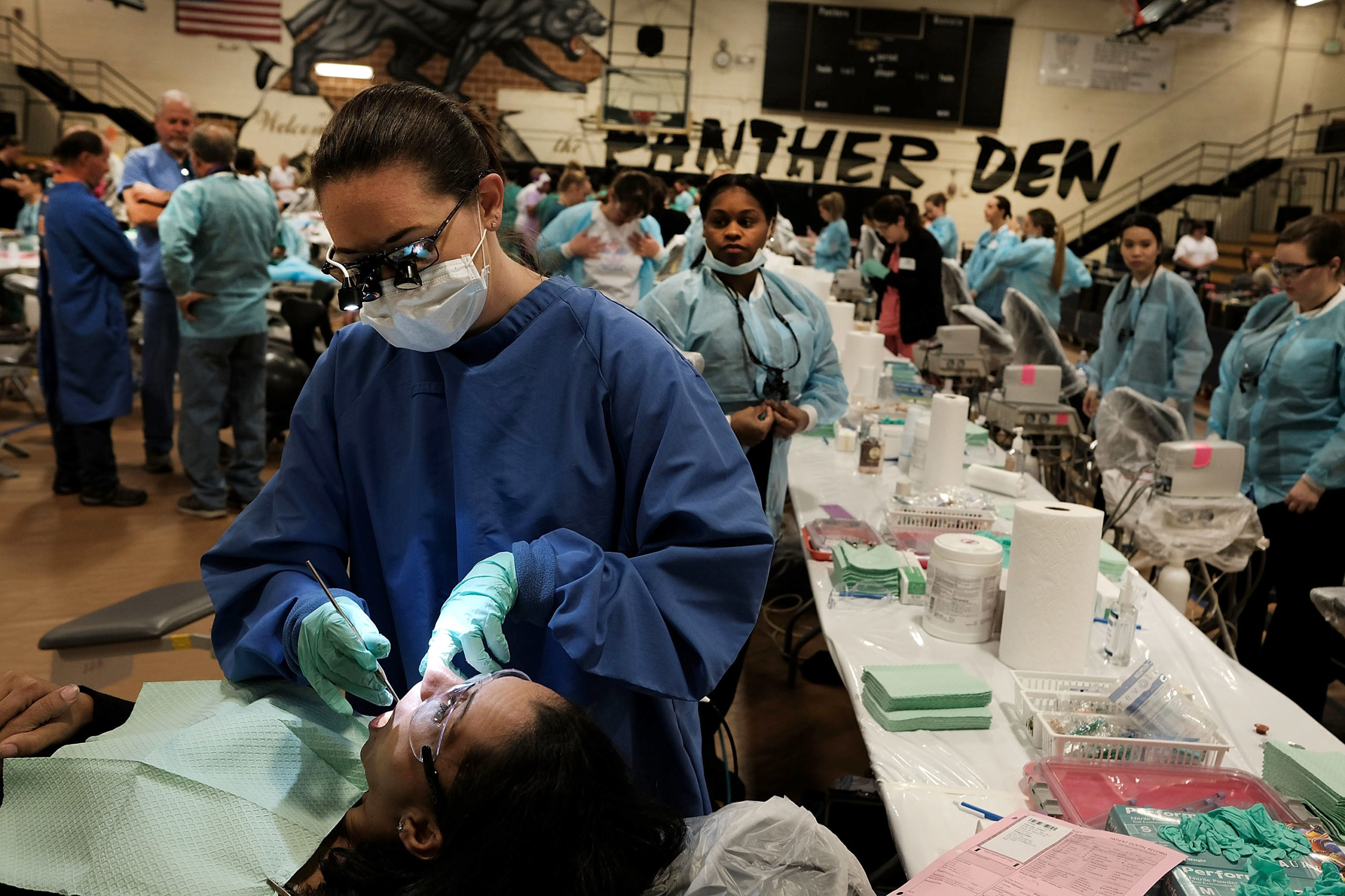 Dentists work on a patient at a remote mobile dental clinic for the poor in 2016 in Milton, Florida. (Spencer Platt/Getty Images)

In August, Senate Democrats released their budget proposal, which continues to make its way through Congress. The proposal included offering dental, vision and hearing benefits to Medicare recipients and lowering the eligibility age to qualify.

Dental care would begin in 2028 while vision and hearing benefits would begin in 2022 and 2023 respectively. The cost of the expansion is about $358 billion over a ten-year period, the majority of which would go towards dental, according to a 2019 Congressional Budget Office report.

The NDA, a majority-black dentists group, has endorsed the Medicare expansion, along with other medical groups and senior associations. But the ADA is considerably more powerful on Capitol Hill, spending more than $2.3 million in campaign contributions last year, data compiled by OpenSecrets showed.

“My concern is that once policy makers see any opposition to something with a big price tag, it gives them a reason to eliminate it from consideration,” Gist continued, according to the WSJ.