Chancellor Angela Merkel’s conservative party suffered its worst performance since its inception on Sunday as the German leader prepares to step down after 16 years in office.

The center-left Social Democratic Party (SDP) defeated Merkel’s Christian Democratic Union (CDU) by about 1.6 percentage points, garnering 25.7% of the vote, according to preliminary results. CDU lost almost nine points from the 2017 election with 24.1% of the vote.

The narrow victory means both parties will hold talks in an attempt to form a coalition government, The New York Times reported. Olaf Scholz, SDP’s candidate for chancellor, said his party’s gain of five points from 2017 gave it a mandate to form the new government.

“Voters have clearly spoken,” Scholz said on stage Monday morning, the NYT reported. “They have said who should build the next government by strengthening three parties, the Social Democratic Party, the Greens and the Free Democrats. Consequently, that is the clear mandate that voters of this country have given, that these three parties should create the next government.” 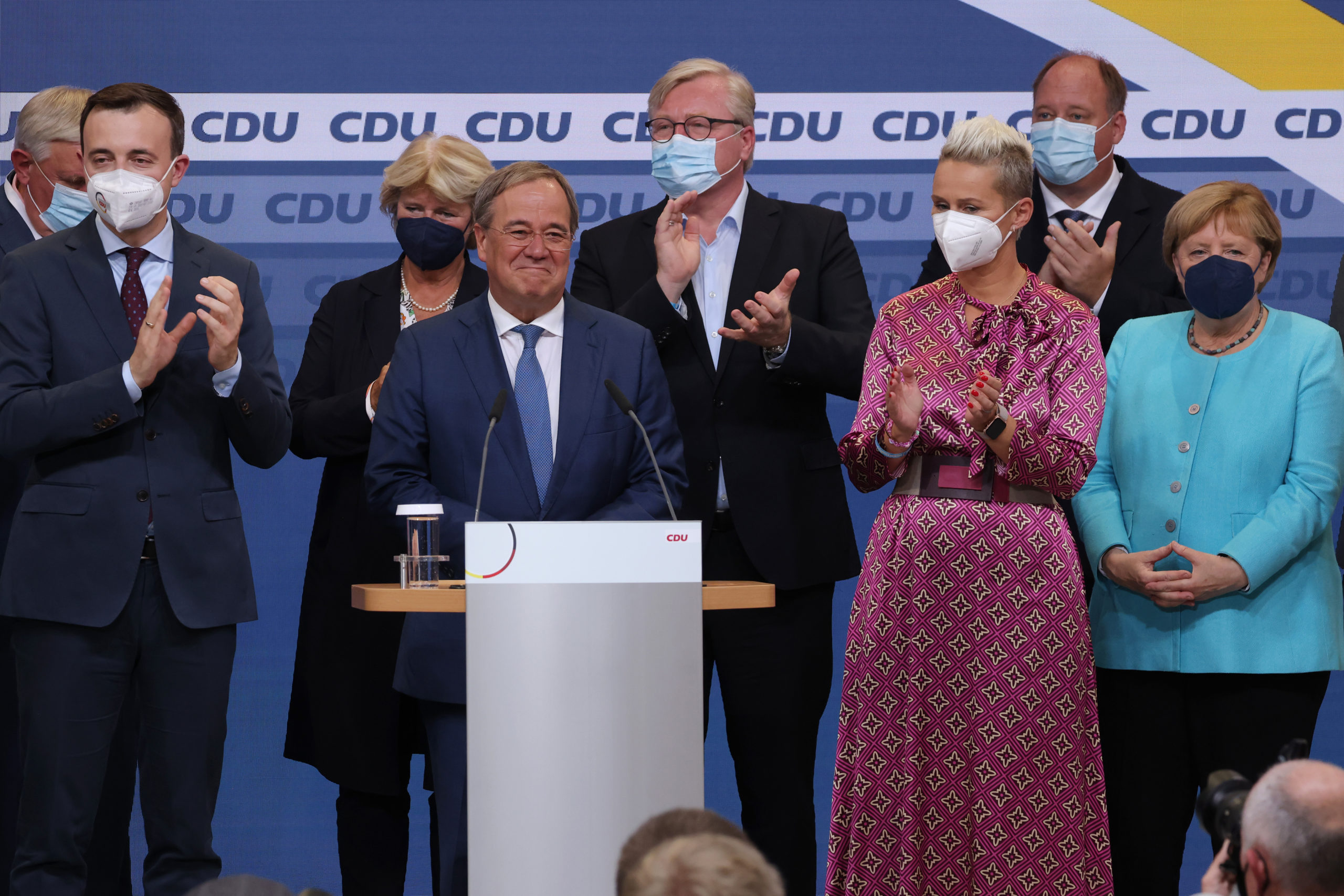 Armin Laschet, CDU’s candidate, said the results were “unclear” after the polls closed and promised to form a coalition government even if the party didn’t come in first, the NYT reported. Laschet was considered the frontrunner in the election until a series of blunders and his overall unpopularity tightened the race.

Monumental flooding in North Rhine-Westphalia over the summer, where Laschet has been governor since 2017, put the spotlight on flaws in his environmental policy and disaster management, the NYT reported. “He comes across as uncertain, flippant and unprofessional,” Julia Reuschenbach, a political scientist at the University of Bonn, told the paper.

The environmentalist Green Party netted their best results yet with almost 15% of the vote, but still fell short of expectations, the NYT reported. A three-party coalition will likely be needed to form a government and the Greens said they will hold talks with the pro-business Free Democratic Party before either consider speaking with other parties.

The Greens and Free Democrats are furthest apart on taxes and renewable energy, but the head of the latter, Christian Lindner, said they would try to see if there was a “progressive center,” the NYT reported. (RELATED: Germany Approves Law Requiring Companies To Hire Female Executives)

The process of figuring out the new government could take weeks, leaving Germany in a state of limbo, the NYT reported. Merkel will be the acting chancellor until the next government, which all parties have pledged to produce by Christmas.