The British government may soon send troops to deliver gasoline to pumps across the U.K. as the nation’s gas shortage continues to impact its economy.

While there are “no plans at the moment” to order military personnel to transport gasoline, the U.K. has been making preparations in case the shortage were to become a crisis, The Associated Press reported. The Petrol Retailers Association (PRA), which represents 65% of independent British gasoline providers, said most of its members had run out of fuel and many others were on the verge of running dry as of Sunday.

“One of our members yesterday received a tanker at midday and by late afternoon the entire tanker had disappeared into people’s cars,” PRA Chairman Brian Madderson told the BBC.

He added that the reason for the shortages was “panic buying, pure and simple,” according to the BBC. (RELATED: Top OPEC Official Blames High Gas Prices On Global Shift To Renewable Energy)

British citizens rushed to the pump over the weekend after a truck driver shortage led to fuel delivery delays and more problems in other industries. The U.K. is short roughly 100,000 drivers, according to one industry analysis, the AP reported. 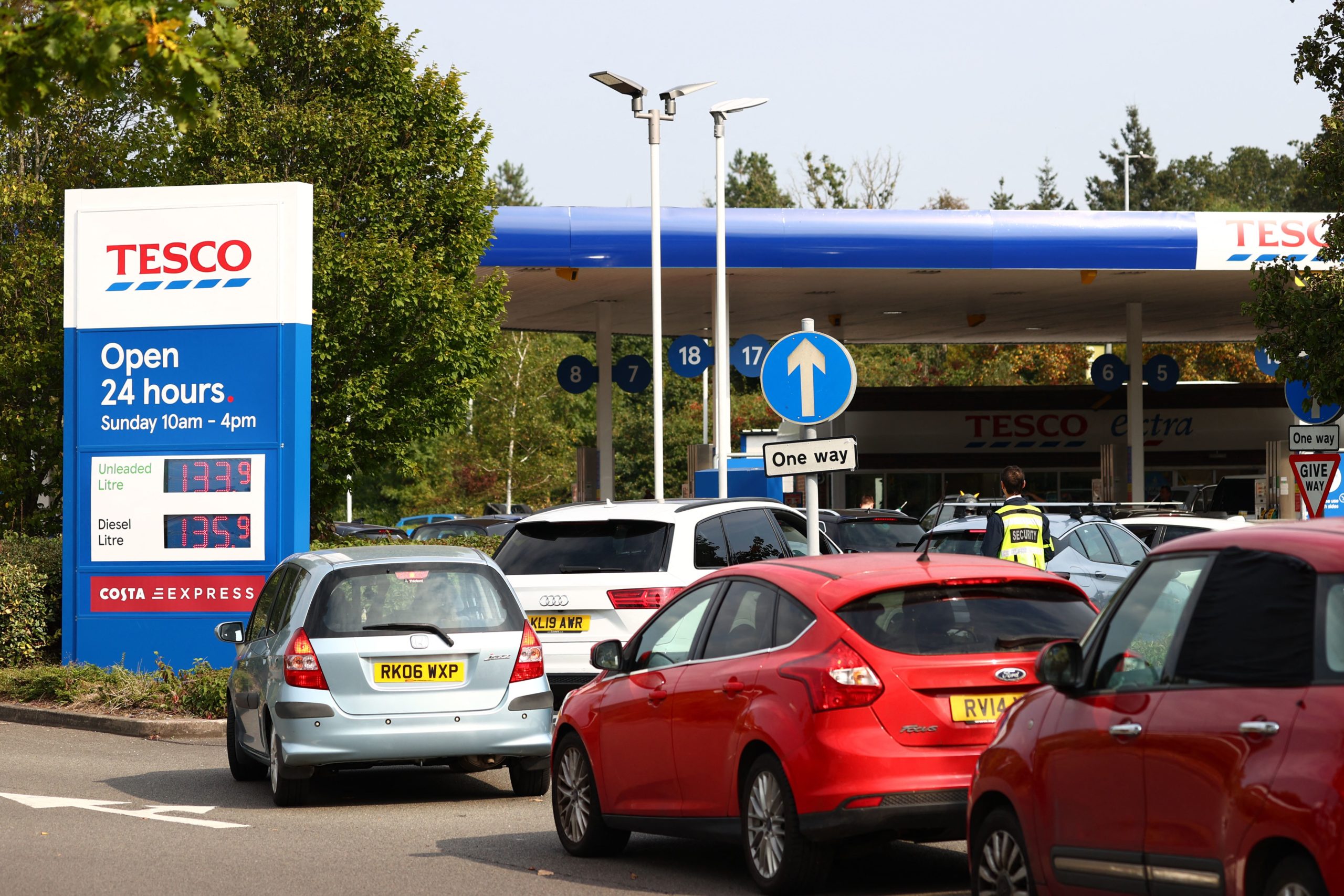 A line of vehicles is seen at a gas station in Camberley, England on Sunday. (Adrian Dennis/AFP via Getty Images)

The shortage worsened as more people flooded gas stations leading to long lines, empty pumps and fights, the BBC reported. Shell, ExxonMobil and Greenergy said there wasn’t a shortage in a statement, explaining that there was instead a “temporary” spike in demand.

“We had no fuel in the car and we actually had to get out of the car and walk home,” a British man told BBC. “So that means the kids haven’t gone to school.”

Colin Owens, director of gasoline provider Oil 4 Wales, described the situation at pumps as “carnage,” according to the BBC. He said sales have jumped four-fold in recent days.

“While the Government has said it is putting plans in place to alleviate the shortage of (drivers) to transport fuel, the results of this won’t be immediate,” Dr. Chaand Nagpaul, the head of the British Medical Association said in a statement Monday. “Health care and essential workers must therefore be given priority access to fuel so they can continue their crucial work and guarantee care to patients.”

The British government committed Saturday to issuing thousands of emergency visas for foreign truck drivers, according to the AP. The U.K. also suspended various competition laws to allow major gasoline and oil companies to collaborate on fuel deliveries.