South Dakota Gov. Kristi Noem attacked the media on Monday after the Associated Press reported she had summoned the head of an agency that denied her daughter a certification to her office in July 2020.

“Listen I get it. I signed up for this job. But now the media is trying to destroy my children,” Noem tweeted Monday. “This story is just another example of the double standard that exists with the media… going after conservatives and their kids while ignoring Liberals.”

On July 27, Noem reportedly called the agency head, Sherry Bren, into her office, the AP reported. Bren’s direct supervisor and the state labor secretary were also called to the meeting, which Peters also reportedly attended.

Bren, 70, was told she had to retire a week later, according to an age discrimination complaint she filed, the AP reported. Peters was certified in November 2020, while Bren ultimately left her position in March 2021 after receiving $200,000 to drop the complaint.

“The Associated Press is disparaging the Governor’s daughter in order to attack the Governor politically – no wonder Americans’ trust in the media is at an all-time low,” Noem spokesperson Ian Fury told the Daily Caller News Foundation in a statement.

Listen I get it. I signed up for this job. But now the media is trying to destroy my children. This story is just another example of the double standard that exists with the media… going after conservatives and their kids while ignoring Liberals #AskTheBigGuy

“South Dakota is open for business. We won’t allow bureaucratic red tape to get in the way of South Dakota’s sustained economic growth. Having more quality appraisers in the market will help keep our housing market moving and home prices down,” he added.

Fury did not answer why Peters attended the meeting or if her application was discussed.

“It’s clearly a conflict of interest and an abuse of power for the benefit of a family member,” Richard Painter, a professor at the University of Minnesota Law School and former chief ethics lawyer for former President George W. Bush, told the AP.

Bren is unable to disparage state officials as part of her settlement, but said she was presented with a letter from Peters’ supervisor, Kristine Juelfs, at the meeting stating she disagreed with the denial of her employee’s application, the AP reported.

“In the past week I was notified that my trainee, State Registered Appraiser Kassidy Peters, was denied upgrade of her license to State Certified Residential Appraiser,” Juelfs wrote in the letter. “This came as quite a shock to myself as she has represented the knowledge and skills necessary.”

The letter also criticized the lack of “timeliness and professionalism” in the evaluation process and said the person reviewing Peters’ work “acted unprofessional when conversing with Kassidy,” the AP reported. 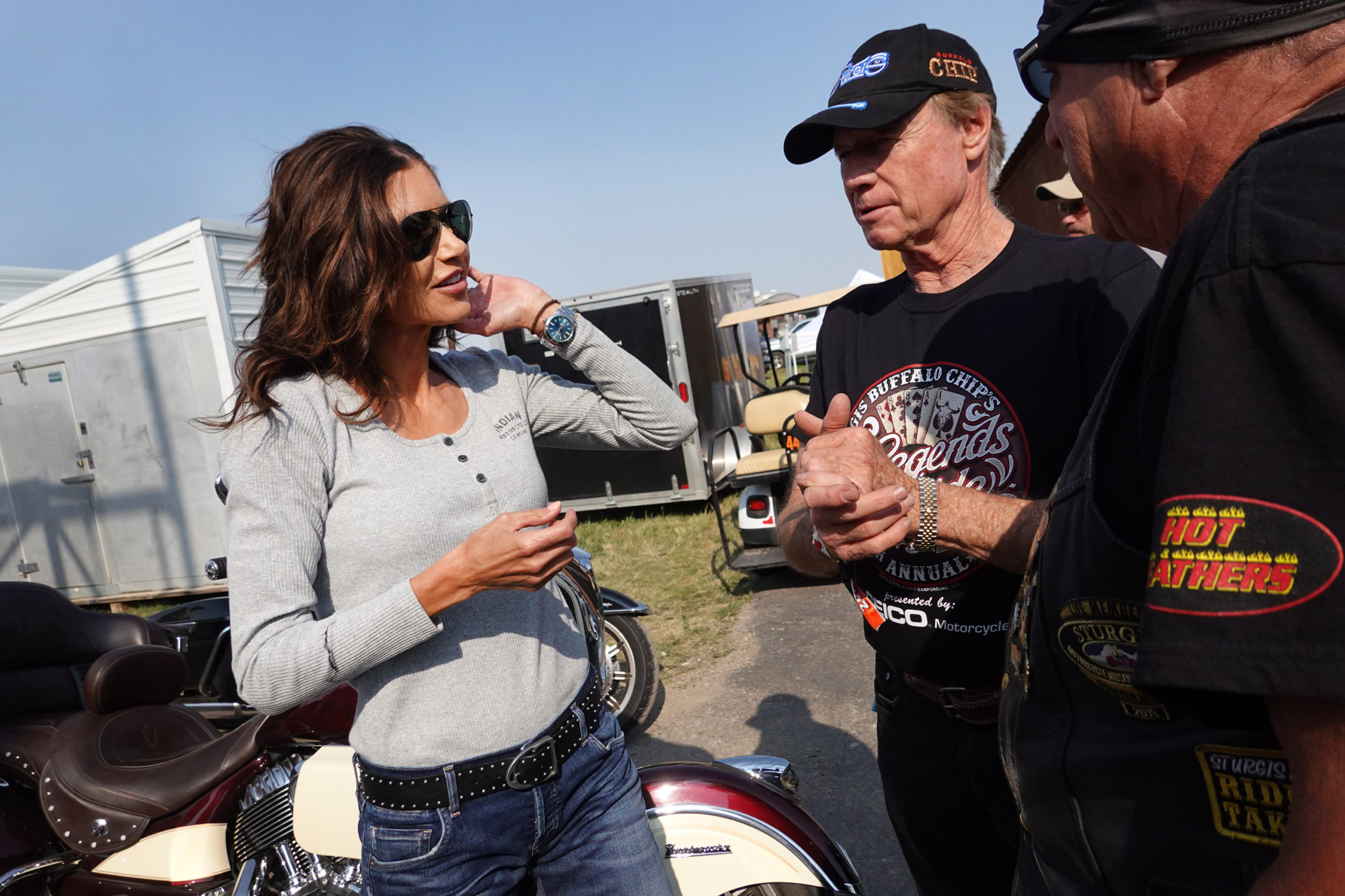 Governor Kristi Noem of South Dakota arrives at the Sturgis Buffalo Chip campground after riding in the Legends Ride for charity on a 2021 Indian Chief on August 09, 2021 near Sturgis, South Dakota. (Photo by Scott Olson/Getty Images)

Peters concurred with the sentiment in the letter, telling the AP in a statement the process was “very lengthy and I was expected to navigate through many obstacles from the very beginning.”

“Neither party admitted fault, and no agency affirmed her claim. This sideshow regarding Kassidy Peters speaks for itself,” Mark Miller, the governor’s current general counsel, told the AP in a statement. (RELATED: EXCLUSIVE: ‘Something Even Better Than Government Handouts’: Noem Responds To Rep. Clyburn’s Demand For Rent Relief)

Noem previously told Fox News that the business dealings of President Joe Biden’s son, Hunter, in Ukraine undermined the ability of people to trust him. “This is the kind of corruption in power that we don’t want in our leaders and I’m glad that it’s being talked about and we should continue to dig into it and get the full truth,” she said.