Oregon on Monday officially adopted its new congressional and legislative maps after Democrats passed the plans, and Gov. Kate Brown signed them into law shortly after, making the state the first in the nation to do so.

Oregon was one of several states slated to gain a seat this upcoming decade thanks to its rapid population growth, bringing it to six congressional districts. The new map has three solid Democratic seats in the 1st, 3rd and 4th districts, one solid Republican seat in the 2nd district and one competitive seat in the 5th district, reported The Oregonian, with the new sixth seat leaning Democratic but not to the extent of the other three.

“For the first time in forty years, Oregon is gaining a congressional seat––another delegation member to advocate for the common good of all Oregonians,” Brown said in a statement late Monday. “After the past year and a half, during which Oregonians have faced unprecedented challenges that have urgently required federal attention and resources, I am particularly grateful that the Legislature has come together to pass today’s historic legislation.” (RELATED: Census Drops Long-Awaited Redistricting Data) 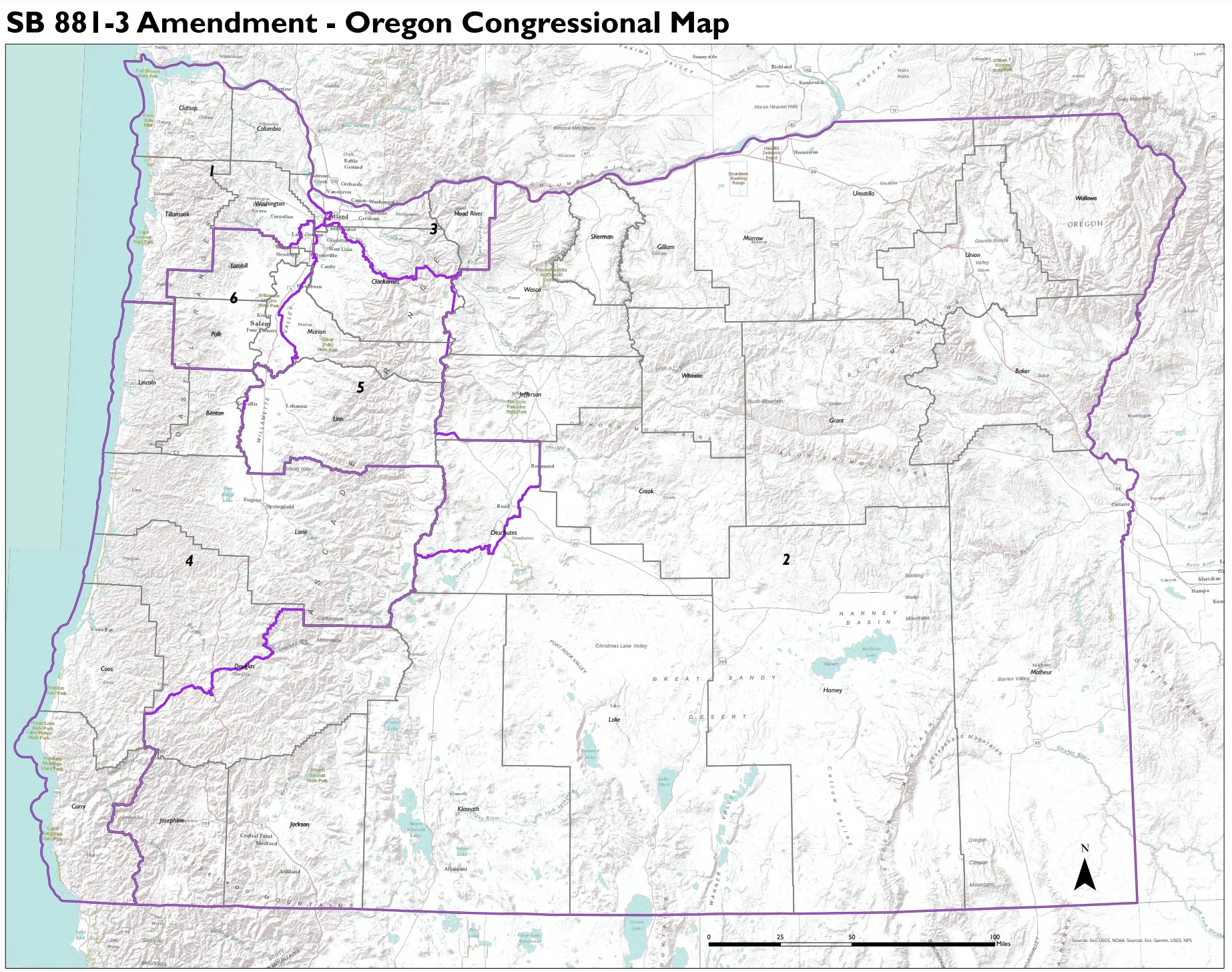 Courtesy of the Oregon Legislature

The new map puts Democratic Rep. Peter DeFazio in a much safer 4th district but puts Democratic Rep. Kurt Schrader in a slightly more competitive one. But while Schrader could face several competitive elections, his new district includes Bend, the fastest-growing city in the state, meaning that his swingy 5th district could trend solidly Democratic over the coming decade. (RELATED: Here Are The States Gaining, Losing Congressional Seats This Decade)

Oregon is one of the few states where Democrats had an opportunity to increase their share of seats since most other states gaining them, like Texas, Florida and North Carolina, are controlled by Republicans.

While the National Democratic Redistricting Committee called the new maps “a compromise that accurately reflects the makeup of the state as a whole,” according to Oregon Public Broadcasting, Republicans disagreed.

“The law requires us to keep communities of interest together in the redistricting process,” said Oregon Senate Minority Leader Fred Girod. “The only community of interest this map seeks to keep together are Democrat voters.”