Democrats’ $3.5 trillion spending package refers to mothers as both “pregnant” and “lactating” individuals on 11 occasions.

Though the spending package specifically mentions the word “mother” three times and the word “maternal” 50 times, the spending bill avoids gendered language and refers to “pregnant, lactating, and postpartum individuals” on 11 other occasions when discussing maternal health conditions or concerns. (RELATED: KRUTA: I Earned The Name ‘Mother’ — You Won’t Demote Me To ‘Birthing Person’)

The terms appear to be inconsistently mixed: for example, the phrase “pregnant, lactating, and postpartum individuals” is used four times in Section 31045 of the spending package, which is titled “Funding for maternal mental health equity grant programs.”

This is not the first time that Democrats have struggled for consistency as they attempt to avoid gendered language.

The House of Representatives passed legislation Friday that did not follow gender-neutral “inclusive language” rules, instead using the words “woman” and “women” to discuss pregnancy and abortion.

“The terms ‘woman’ and ‘women’ … reflect the identity of the majority of people targeted and affected by restrictions on abortion services,” the Women’s Health Protection Act text reads.

The legislation incorporates the word “women” 14 times and the word “woman” once. (RELATED: Congresswoman Cori Bush Refers To Women As ‘Birthing People’)

Earlier this month, Democratic New York Rep. Alexandria Ocasio-Cortez referred to women, “people who do give birth” and “any menstruating person” in the same two minutes as she described how the Texas Heartbeat Act will affect women.

“None of this is about supporting life,” she said. “What this is about is controlling women’s bodies and controlling people who are not cisgender men. This is about making sure that someone like me, as a woman or any menstruating person in this country, cannot make decisions over their own body.”

And in January, Democratic Speaker of the House Nancy Pelosi announced a resolution calling for the elimination of gendered terms for the 117th Congress.

The resolution called to modify the House rules with regard to pronouns and references to family relations, such as father, mother, son, daughter, brother or sister. These words would be changed to “parent, child, sibling, spouse, or parent-in-law,” according to the resolution.

Though Pelosi herself announced the changes, the California Democrat’s Twitter profile retains language that does not follow these guidelines. Almost nine months later, Pelosi still has the terms “mother” and “grandmother” in her Twitter bio. 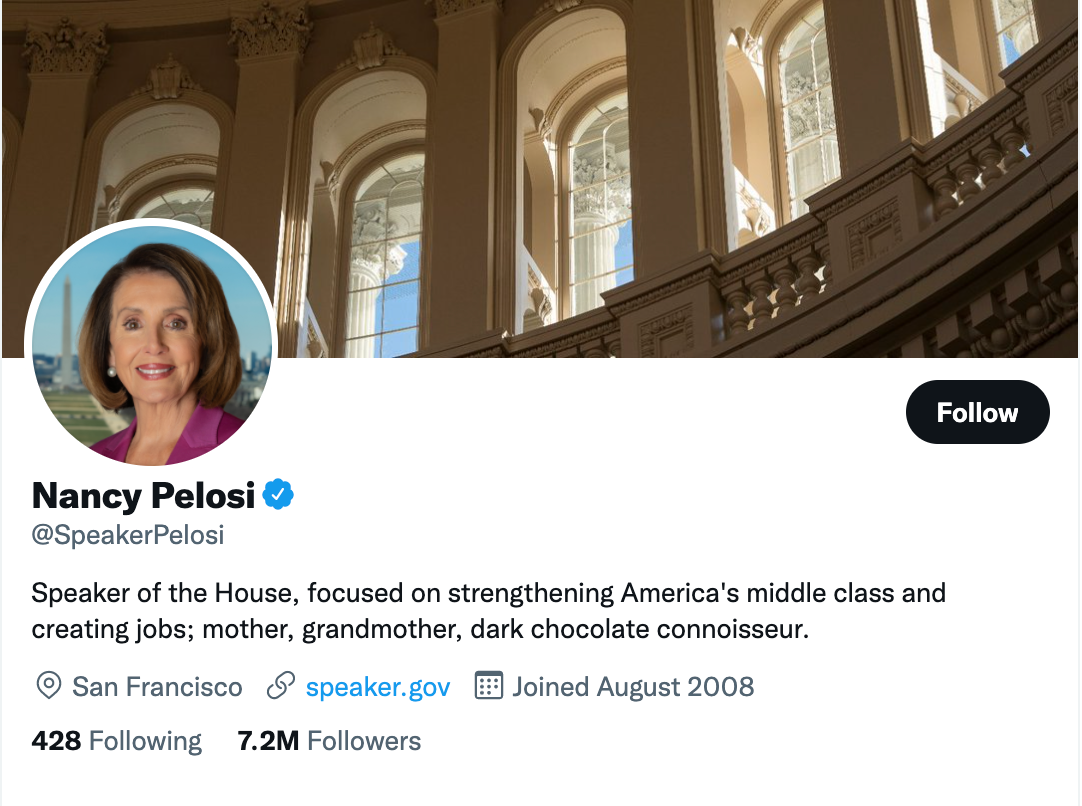