Conservative advocacy organization FreedomWorks estimated about 70 people were packed into their Washington, D.C., headquarters on Tuesday, flown in from across the U.S. to participate in lectures and panels they were told would teach them how to protect the integrity of American elections.

The effort was part of the group’s Election Integrity Initiative, meant to “restore confidence in our elections by advocating for state-level election integrity legislation,” by training conservatives “on election integrity best practices and equipping them to serve as officers of elections and as poll workers and watchers,” according to its website.

Carol Davis, a FreedomWorks ambassador from Illinois recently named the director of the Election Protection Initiative, hosted a lecture on how conservatives have fought for election security even in a deep blue state. She advised attendees to read their local election laws and call out officials when they aren’t following the written procedure.

“Metaphorically!” a FreedomWorks employee shouted from the back.

Peter Vicenzi, the organization’s director of communications, told the Daily Caller News Foundation the initiative was not meant to “relitigate 2020,” but rather teach citizens who came to “go back home and be able to be involved in the process,” such as becoming election officers.

Some attendees, however, were still focused on 2020 and wished the initiative had more of an emphasis on it. “In order to fix future elections we have to fix the 2020 election,” Nicole, who traveled to D.C. from North Carolina, said.

“We have to find ways to do that,” she added. 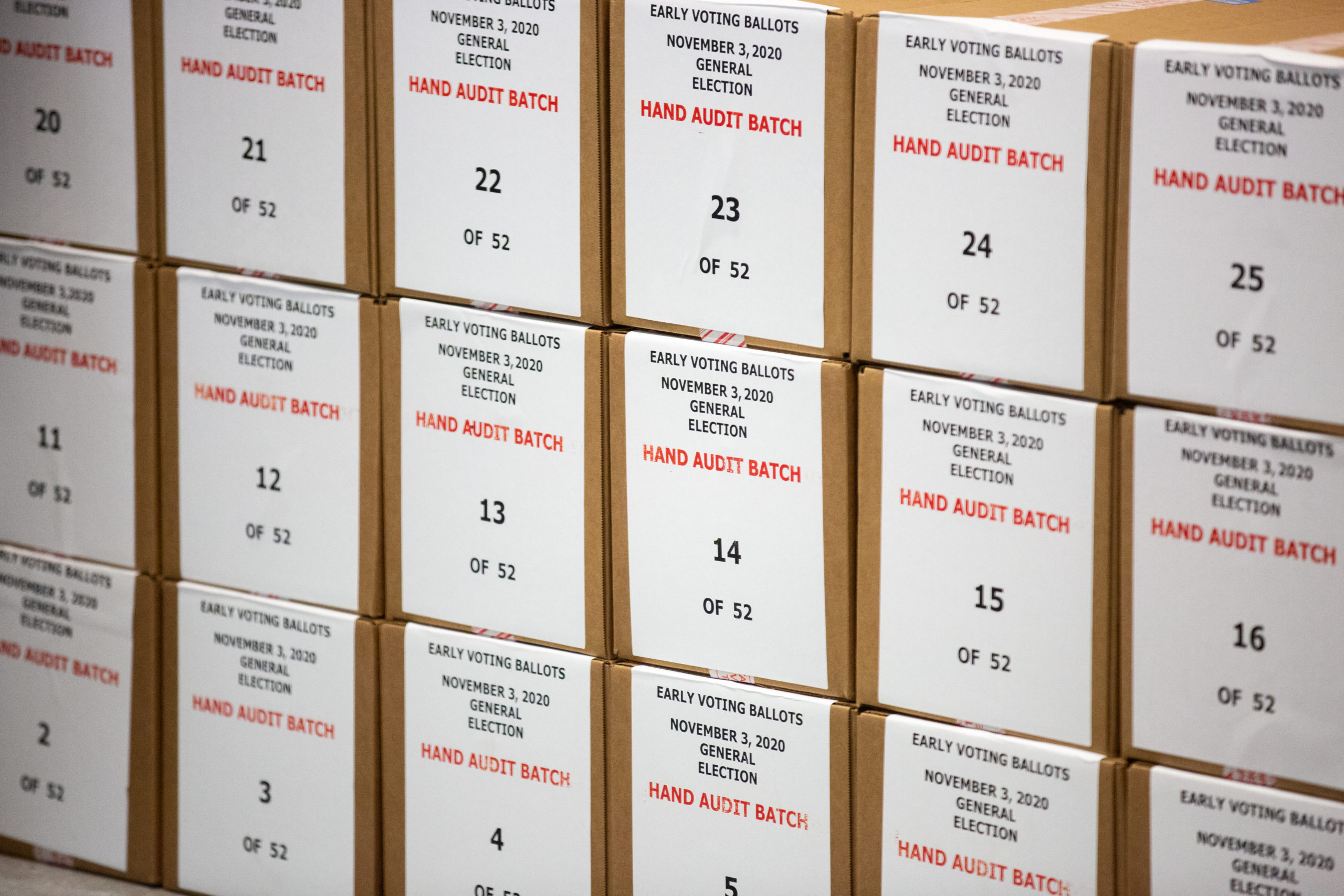 Ballots are pulled aside for a hand audit by Maricopa County Elections Department staff ahead of Tuesdays election on October 31, 2020 in Phoenix, Arizona. (Photo by Courtney Pedroza/Getty Images)

Nicole said she also did not believe the governor of her state, Democrat Roy Cooper, legitimately won reelection in 2020. Former President Donald Trump won North Carolina over President Joe Biden by a little over 1 point in the same election cycle.

Others reiterated Trump’s claims of massive voter fraud, such as ballots being cast by dead people and duplicate votes. Another North Carolina woman said she thought the fraud started in 2012 when Barack Obama won reelection, with Trump only winning in 2016 because Democrats underestimated his support.

Vicenzi said the organization did not take a stance on any 2020 election audits, but a segment entitled “Grassroots in the fight for Election Integrity in Arizona” featured Arizona state Sen. Kelly Townsend, who was part of early protest efforts following the November election.

She allotted part of her speaking time to tell the story of “how the audit came to be” in Maricopa County, describing it as “almost a spiritual movement.”

“How many of you think the 2020 election was perfect?” Arizona state Rep. Jake Hoffman began his part of the panel. “Election integrity has become the civil rights issue of our time.”

The hand count of the Trump-endorsed audit of Maricopa County, led by the firm Cyber Ninjas, concluded Biden won the county by a slightly larger margin than was originally calculated. The FreedomWorks attendees told the DCNF, however, that is not what the report said.

“They’re [the media] following their narrative,” Nicole said. “There is enough in there to decertify the election.”

The other lectures FreedomWorks put on aligned more closely with the goal of emphasizing the integrity of upcoming elections. Hans Von Spakovsky, Senior Legal Fellow at the Heritage Foundation, spoke to a seated audience about opposing the For the People Act and the John Lewis Voting Rights Advancement Act.

He said the bills were “insulting to the people of every state” and told attendees to call their elected officials to oppose them. (RELATED: Abbott Signs Texas’ Voting Reform Bill Into Law, Ending Tense Political Fight)

J. Christian Adams, President and General Counsel of the Public Interest Legal Foundation, talked in front of a previously gerrymandered map of North Carolina. He went over Supreme Court cases that set the standards for how race should be considered when drawing districts, such as Shaw v. Reno, while attendees took notes.

“I don’t think if you’re a non-citizen, you should be represented in the legislature,” Adams said, garnering a round of applause. He told the group to contact those in charge of redistricting in their respective states and tell them to use CVAP instead of VAP. 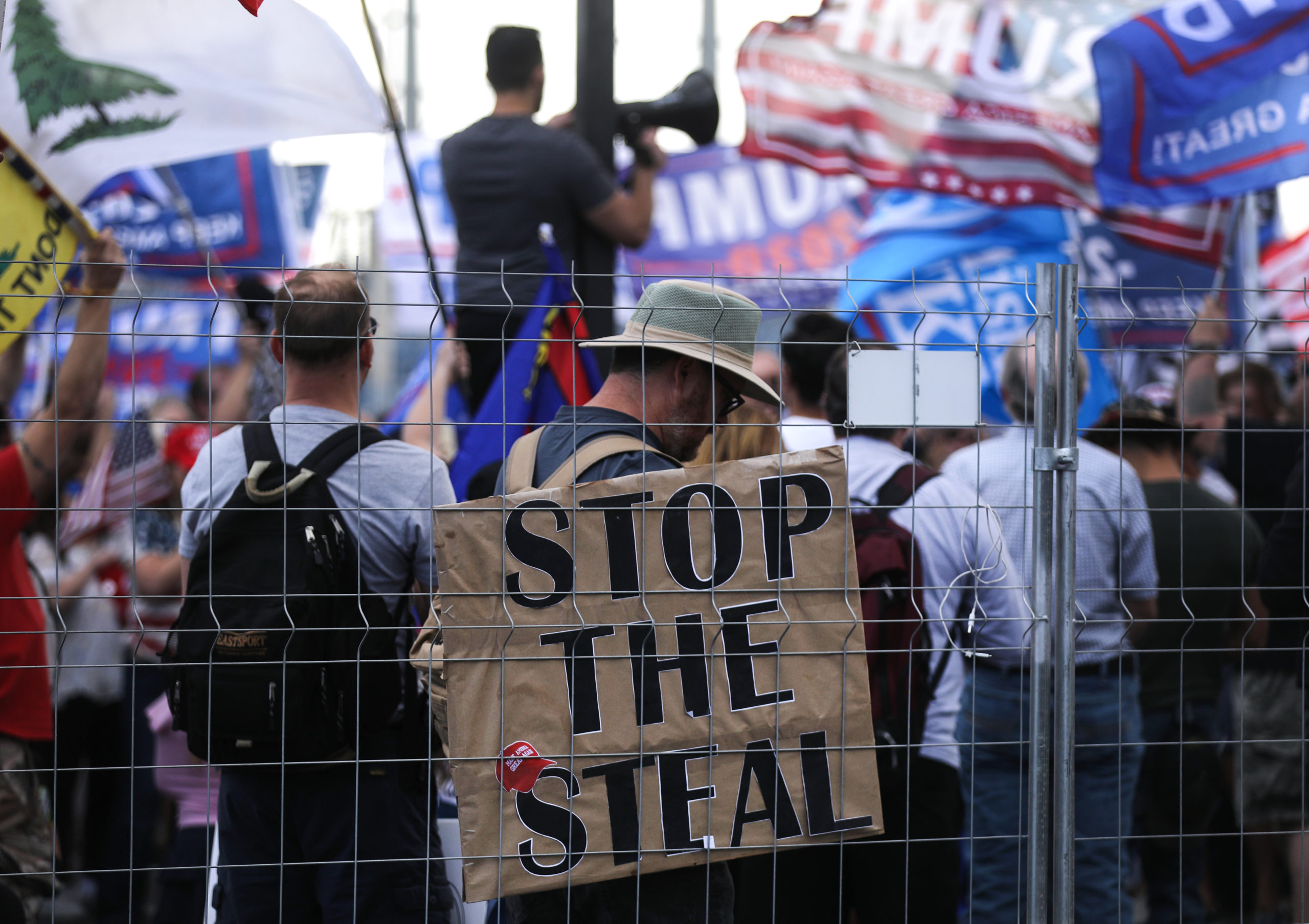 Supporters of President Donald Trump demonstrate at a ‘Stop the Steal’ rally in front of the Maricopa County Elections Department office on November 7, 2020 in Phoenix, Arizona. (Photo by Mario Tama/Getty Images)

Davis emphasized pursuing attainable change, because “we don’t have time to live in La La Land” and voter ID laws were never going to become a viable option in many states. She advised conservatives to do “detective work” to obtain voter rolls and find “ghost voters” that should not be casting ballots.

While some would like to abolish early voting entirely, Merissa Hamilton, FreedomWorks’ ambassador from Arizona, said the top priority is a “reduction of harm” of voter fraud.

During a lunch break, attendees were asked to sign a pledge supporting various “voting rights” issues, such as opposing “the federal takeover of America’s election systems” and ensuring “voter lists are properly maintained in compliance with state and federal laws.”

“Are you legit?” one attendee asked the DCNF during the break when approached for an interview, pulling from the media training the group received that morning. “Is this a test?” another joked.