A short-term funding bill is set to land on President Joe Biden’s desk after it was overwhelmingly approved in the House Thursday afternoon.

The continuing resolution, which funds the federal government through Dec. 3, passed the House on a 254-175 bipartisan vote less than two hours after it cleared the Senate. Biden plans to sign the bill later Thursday, avoiding a devastating government shutdown.

“This bill is not a permanent solution,” said Connecticut Democratic Rep. Rosa DeLauro, the chair of the House Appropriations Committee. “I look forward to soon beginning negotiations with my counterparts across the aisle and across the Capitol to complete full year government funding bills.”

While Congress was able to compromise on the package, which includes billions for wildfire and hurricane relief and to help resettle Afghan refugees, Democrats and Republicans remain at odds over raising the debt ceiling as the nation inches closer to a potential default. Treasury Secretary Janet Yellen has warned that it must be raised by Oct. 18, as not doing so would risk jobs and benefits for millions of Americans, but neither side has budged.

Republicans have consistently opposed any effort to raise it, even killing an earlier bill on Monday that coupled government funding with raising the limit. They instead have demanded that Democrats raise the ceiling on their own by putting it in their filibuster-proof $3.5 trillion budget, arguing that the responsibility falls solely on them given their full control of government and large spending packages they are pushing. (RELATED: Senate Passes Short-Term Funding Bill As Lawmakers Try To Avoid A Government Shutdown) 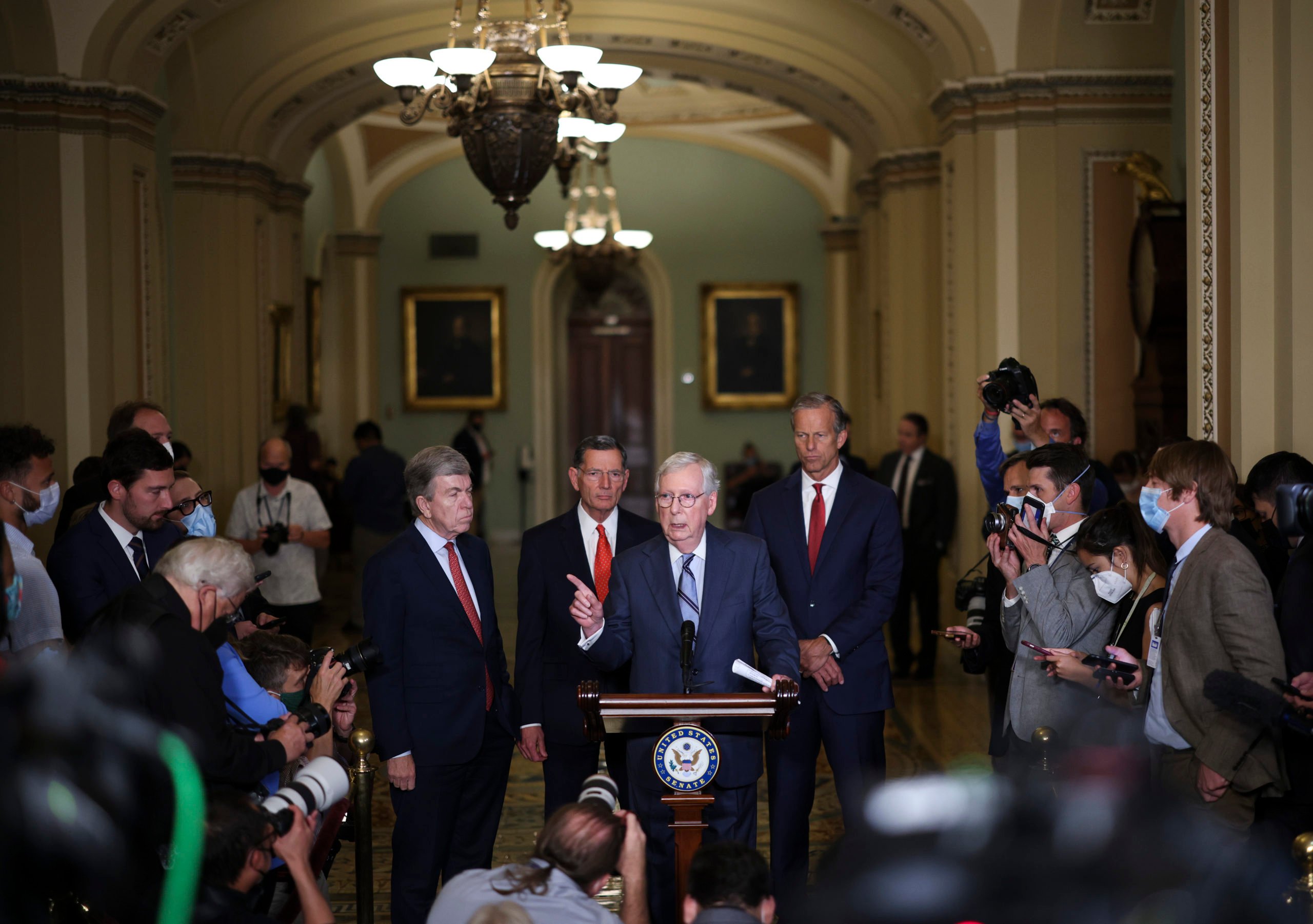 Democrats, however, have called putting an increase in the budget a “non-starter,” and have pointed to previous efforts to raise the debt ceiling that were overwhelmingly bipartisan. They have also argued that raising it is Republicans’ responsibility as well, given the approximately $8 trillion of debt incurred under former President Donald Trump.

The House is also supposed to vote Thursday on the bipartisan infrastructure package, which the Senate passed in August and moderates in both parties have championed. However, left-wing Democrats have vowed to oppose it without first passing the $3.5 trillion spending package, and are confident they have enough votes to tank it.

“We had a deal,” Washington State Rep. Pramila Jayapal, the chair of the House Progressive Caucus, said Thursday. “The Build Back Better Act and the infrastructure bill go together. Progressives are simply holding up our end of the deal — and fighting for the President’s agenda.”

Speaker Nancy Pelosi, however, said Thursday that she was confident the vote would succeed, even as her caucus is publicly at odds.

“We’re on a path to win the vote,” she pledged. “I don’t want to even consider any options other than that.”