A democratic Texas mayor said Thursday that the southern border was secure under former President Donald Trump, according to the Washington Free Beacon. He added that it’s time for President Joe Biden to get things under control.

Laredo Mayor Pete Saenz told the outlet that the city’s resources have been strained over recent months as the city provides migrants with aid, medical service and transport. As concerns about the threat of COVID-19 ramp up, Saenz admitted the border was secure and Laredo residents were safe when Trump was in office.

“We need to truly secure the border,” Saenz told the Washington Free Beacon. “It was working under Trump, call it whatever you want to call it, but it was working.”

Saenz appeared to suggest Trump’s “Remain in Mexico” policy was working and needs to be reinstated to curb the flow of illegal immigration.

“The key, ultimately, is removing the incentive to come to the border and file for asylum. I believe in the asylum process. It needs to be followed or changed. If we don’t like the way people are attempting to come, we can have them apply remotely or from either the country of origin or some other place that is close to the country of origin,” Saenz said. 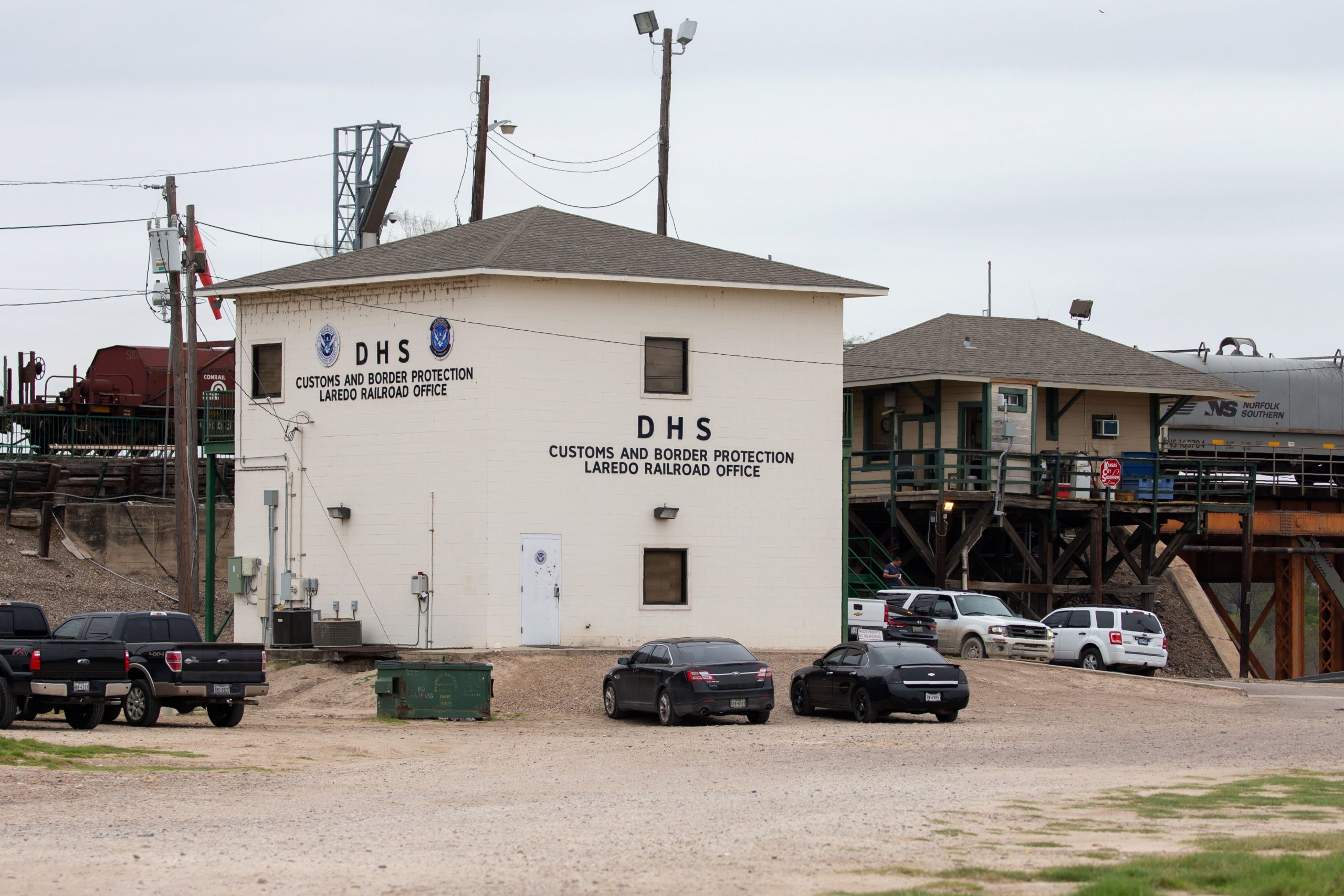 A train passes by the Customs and Border Protection office next to the Texas Mexican Railway International Bridge on January 14, 2019 in Laredo, Texas. (SUZANNE CORDEIRO/AFP via Getty Images)

Biden tried to end the policy, but the Supreme Court later denied a request from the administration to temporarily block an earlier ruling ordering the policy be reinstated.

Politico reported the administration is looking to revamp the policy to provide migrants in Mexico with attorneys and better living conditions.

While Saenz was once opposed to a physical wall along the border, he told the Washington Free Beacon that Laredo residents are fed up with the crisis and may soon opt for a physical barrier if the Biden Administration doesn’t address the crisis. (RELATED: Texas Will Build Its Own Border Wall In Response To Migrant Crisis, Governor Announces)

“The border’s not secure and hasn’t been for a while. We can’t continue this way, and I really haven’t seen any measures yet from Washington to remedy this.”

“If Biden doesn’t come out with implementing a virtual wall, people here will be begging for a wall, a physical structure, simply because of his lack of attention to the border and especially the size of these surges,” he told the Beacon, noting a wall would “deter or at least buy time, so to speak, for law enforcement.”

Saenz also criticized Democrats for not prioritizing immigration in their $3.5 trillion spending package, according to the report.

“We’re spending billions of dollars on alternative things but immigration isn’t given priority. Border Patrol isn’t being funded to the extent that Border Patrol has to be funded,” Saenz said. “Their workload has increased to three times or four, and yet they’re not funded. So, that kind of leads me to think the Democrats have the same mentality [toward the Border Patrol] as defunding law enforcement generally.”

Laredo has seen a surge of migrants along with other border cities, with state troopers finding 105 migrants in the back of a semi-truck during a traffic stop in July.