Congress is one step closer to preventing a government shutdown after a short-term funding bill sailed through the Senate Thursday.

The continuing resolution funds the federal government through Dec. 3, giving lawmakers two months to agree on a broader funding package for the next fiscal year. It passed 65-35 and now heads to the House, which is expected to overwhelmingly approve it, before landing on President Joe Biden’s desk.

“I’m confident the House will approve this measure later this afternoon and send it to the president’s desk before funding runs out,” Majority Leader Chuck Schumer said on the Senate floor. “This is a good outcome, one I’m happy we are getting done.”

The bill omitted a provision to lift the debt ceiling after Republicans vowed to oppose it. They filibustered an earlier version Monday that coupled federal funding with a debt ceiling suspension until December 2022, even as they said they supported the provisions to keep the government open.

“We’re able to fund the government today because the majority accepted reality,” Minority Leader Mitch McConnell said on the Senate floor, reiterating his call for Democrats to raise the debt ceiling on their own and to “stop wasting valuable time.” (RELATED: Top Democrats Contradict Each Other On Debt Ceiling Increase) 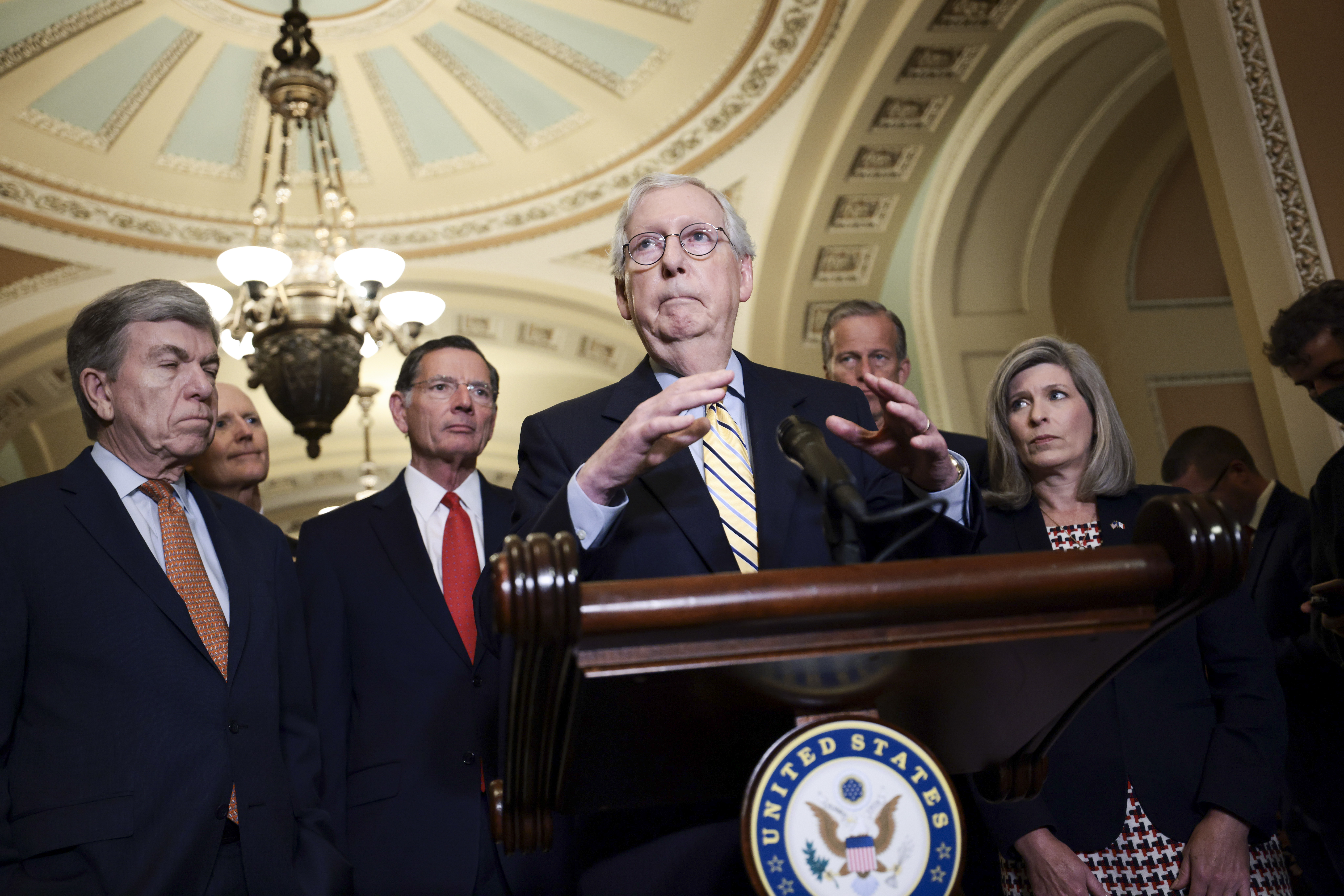 Republicans, led by Senate Minority Leader Mitch McConnell have repeatedly said that they would not vote for a debt ceiling increase. (Anna Moneymaker/Getty Images)

Like the earlier legislation, the Senate-passed bill allocates approximately $29 billion for hurricane relief efforts and $6 billion to help resettle Afghan refugees. While it does not include $1 billion to help replenish Israel’s Iron Dome missile defense system, a standalone bill providing those funds is on its way to becoming law after it flew through the House with over 400 votes last week.

Other amendments, including ones banning federal vaccine mandates and stripping Afghan refugees of certain benefits, were voted down.

Though a shutdown is on its way to being averted, Congress has made little progress on raising the debt ceiling, which Treasury Secretary Janet Yellen says must be done before Oct. 18, when the nation will be out of money and potentially default on its debt. Republicans have insisted that Democrats put it in their filibuster-proof reconciliation bill, but Democrats have called that option a “non-starter,” leaving no visible path forward currently.

House Democrats are also set to vote on the bipartisan infrastructure bill Thursday, even as progressives have vowed to kill it unless the budget, which is not finalized, passes first. The bipartisan package passed the Senate in August, and the bills together contain the bulk of Biden’s domestic agenda.