Japan’s Princess Mako, niece of the current Emperor Naruhito, will wed her former classmate in October, losing her royal status due to him being a commoner, BBC News reported.

The princess met Kei Komuro at International Christian University in Tokyo in 2012 while they were students and became engaged in 2017, BBC News reported. Japanese law forbids female royalty from marrying a “commoner” without losing their status, but the same does not apply to male royalty.

The pair were originally set to marry in 2018, but the plans were reportedly postponed after accounts of Komuro’s mother’s financial problems surfaced, BBC News reported. She allegedly took out a loan from her ex-fiancé but had not paid him back. 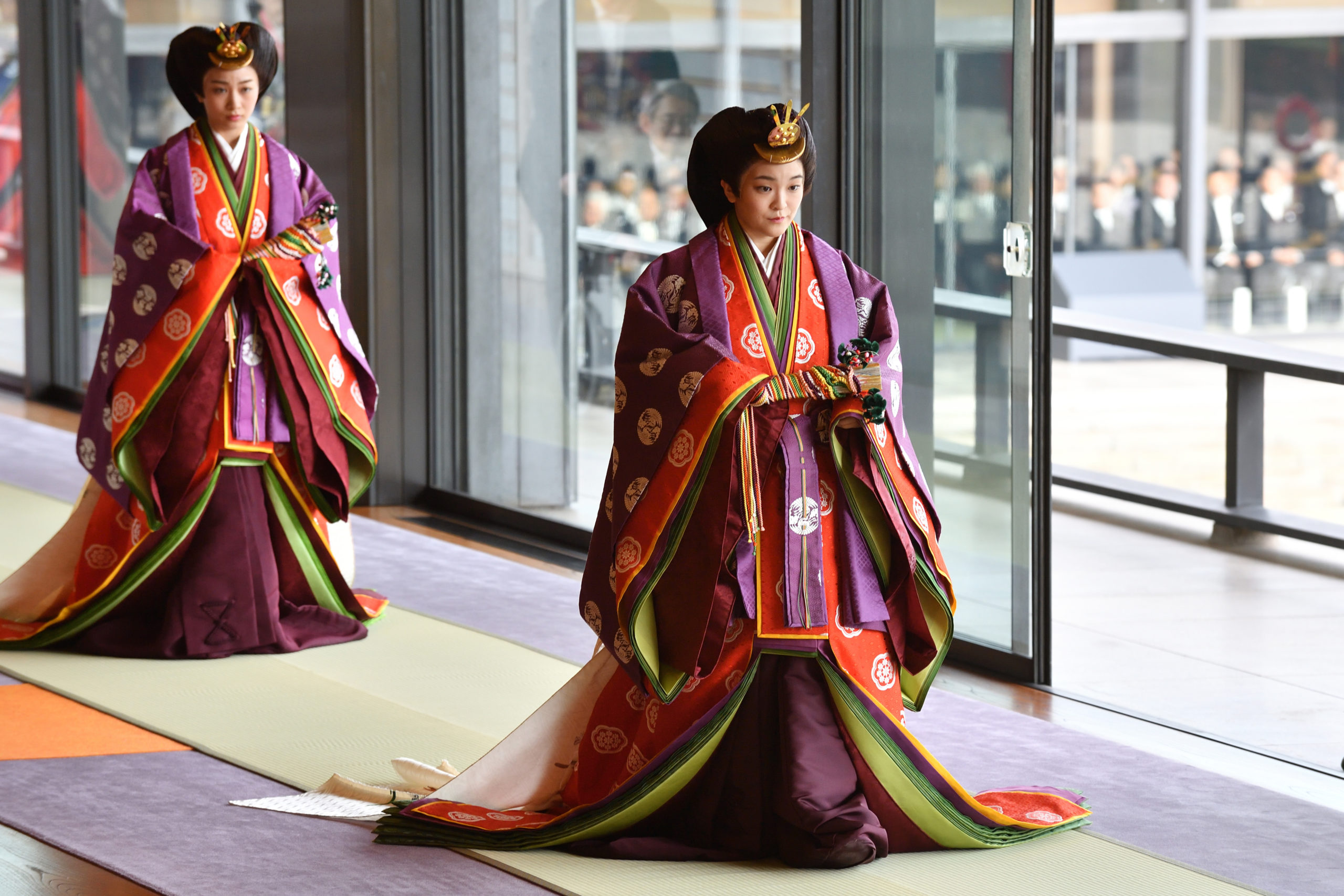 Japan’s Princess Mako (R) attends the enthronement ceremony where Emperor Naruhito officially proclaimed his ascension to the Chrysanthemum Throne at the Imperial Palace on October 22, 2019 in Tokyo, Japan. (Photo by Kazuhiro Nogi/Pool/Getty Images)

Princess Mako will forgo a lump-sum payment of up to 150 million yen ($1.3 million) traditionally given to a royal family member when they leave the household and plans to skip the usual rites associated with a royal wedding, BBC News reported. In forfeiting both, she will become the first female member of the royal family to do so.

They are expected to move to the U.S. after the wedding, earning them the nickname “Harry and Meghan of Japan.” Excessive media coverage has reportedly caused the princess to suffer from post-traumatic stress disorder, the Imperial Household Agency said, according to news outlet Kyodo.

Empress Masako has similarly experienced mental health issues due to the pressure to produce a male air, BBC News reported. She and the emperor have one daughter, Princess Aiko.