Tai told Politico the Section 301 tariffs former President Donald Trump issued have “had the effect of getting a lot of people’s attention,” including U.S. companies, their workers, trading partners and China itself.

“In that sense, I would say that the 301 tariffs are a tool for creating the kind of effective policies, and [are] something for us to build on and to use in terms of defending to the hilt the interests of the American economy, the American worker and American businesses and our farmers, too,” she said.

She refuted the idea tariffs are ultimately paid for by the American consumer. “The interests of our economy and the way our stakeholders are arrayed in our economy is very complex, and you have to bring an appreciation for that complexity to something as important as navigating the U.S.-China trade and economic relationship,” Tai told Politico.

The Biden administration will also address China not fulfilling its obligations under the two-year trade deal brokered under Trump, Tai said. With Phase One set to conclude at the end of the year, President Joe Biden will have to decide whether to negotiate a follow-on agreement, Politico reported. 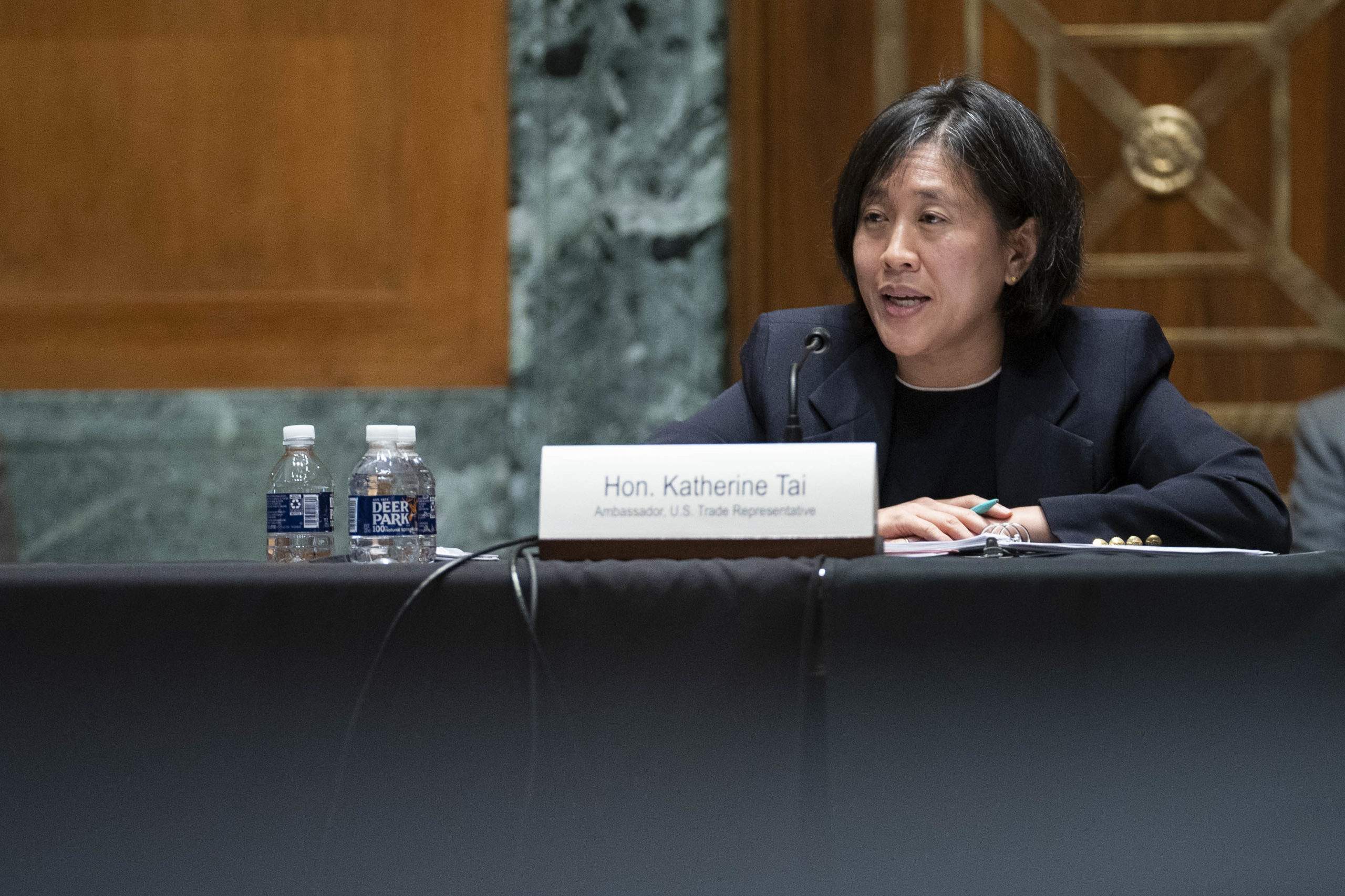 “I think it’s going to be important to review China’s performance with China, and that’s going to be the critical first step in my mind,” Tai said of the deal.

The trade deal went into effect in February 2020, with China agreeing to increase purchases of U.S. products by $200 billion by December 2021. The non-partisan Peterson Institute for International Economics (PIIE) concluded China was falling short, only increasing purchases by 58% of the agreed total in 2020 and 69% as of July 2021.

Tai’s office will be finishing a “top-to-bottom” review of U.S. trade policy toward China “very soon,” which it has been working on since her confirmation, Tai said. There are “a lot of lessons” the U.S. can take when looking at failed attempts to exert pressure on China to change its practices, she added.

“I think we’ve always had our intentions in the right place in terms of engagement on the one hand, enforcement on the other hand,” she said. “But over time, we have to gauge how effective we have been.”

A close relationship with the European Union will be key to Biden’s strategy going forward, due to “shared interests,” Tai told Politico. “For itself, because it is inherently valuable, but also to build on that relationship on a collaborative basis for taking on the challenges that we are both experiencing.” (RELATED: Elon Musk And Big Tech CEOs Praise Chinese Government At Internet Conference Amid Regulatory Crackdown)

Her office announced Tai would speak at the Center for Strategic and International Studies in Washington on Monday about how the Biden administration is approaching trade with China, Politico reported.