Former President Donald Trump said in an interview set to air Monday that he does not think Florida Republican Gov. Ron DeSantis will run against him in 2024 and that he would beat him if he does.

“If I faced him, I’d beat him like I would beat everyone else,” Trump said during the interview with Yahoo Finance Live. “I think that most people would drop out, I think he would drop out.”

Trump has consistently teased a third presidential bid in 2024, and recent polls showed him leading the field, often with DeSantis in second place. A Conservative Political Action Conference straw poll in July showed Trump with nearly 80% support and DeSantis at 21%. (RELATED: Jim Jordan On Trump 2024: ‘I Think He’s Gonna Run’)

Without Trump, however, DeSantis polled at 68%. 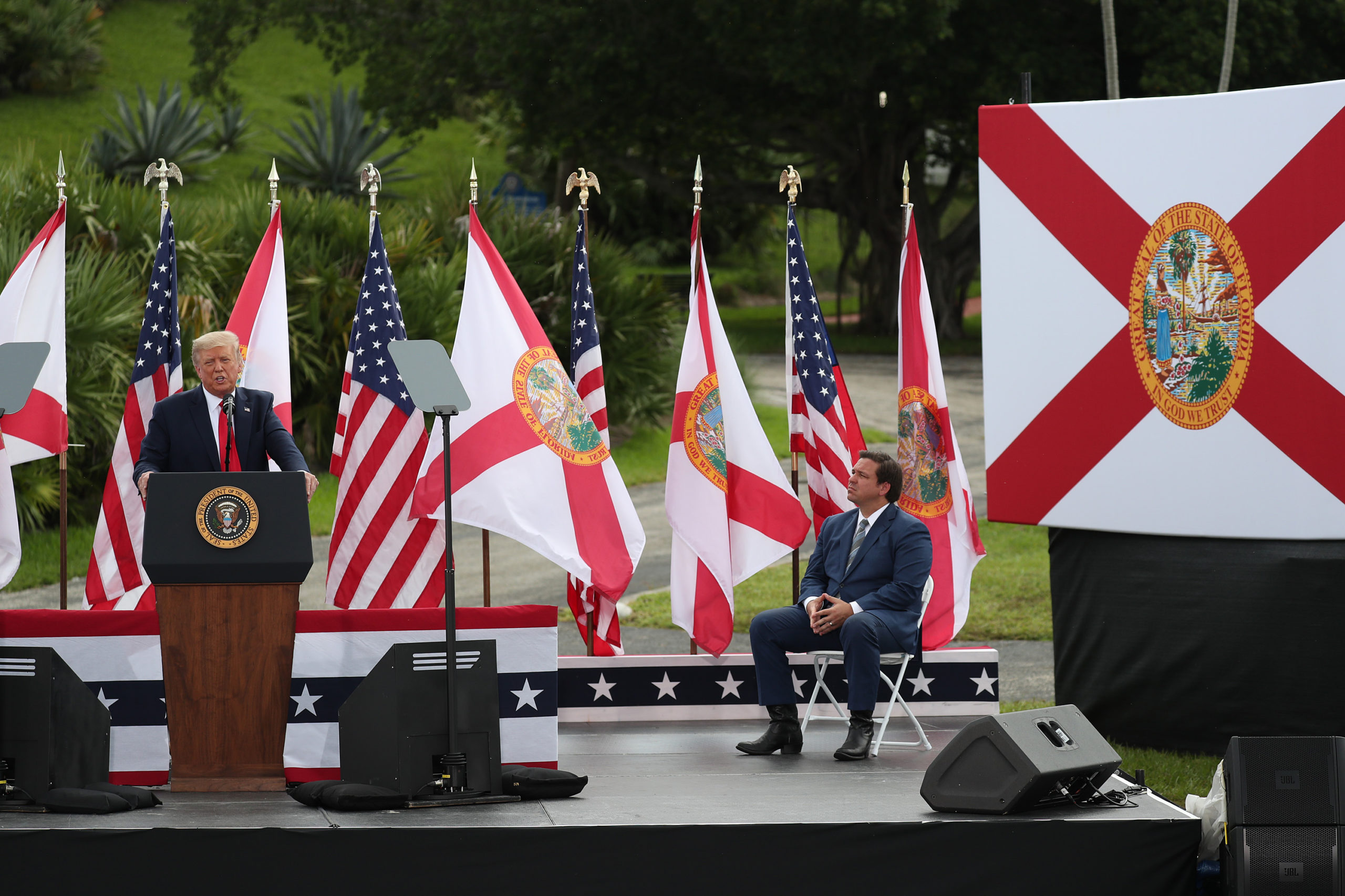 DeSantis has repeatedly said that he is not thinking about a presidential bid, even telling Fox News’ Sean Hannity Thursday that he was “not considering anything beyond doing my job.” The first-term governor has said he is running for re-election in 2022, and he faces several high-profile Democratic challengers.

Trump said in July that he had already decided his 2024 plans, though he refused to explicitly say he was running. He and his political action committee have also been consistently fundraising, and Trump has said that he wants to wield his influence among GOP voters ahead of the 2022 midterms.

Though polls show Trump as the early Republican frontrunner, they also show that he would not win easily against President Joe Biden. One Quinnipiac University poll from August showed that 60% of Americans thought another Trump candidacy would be bad for the country, almost double the 32% who said that it would be good.